Did The Green Bay Packers Blow It By Making Joe Barry Their Defensive Coordinator? 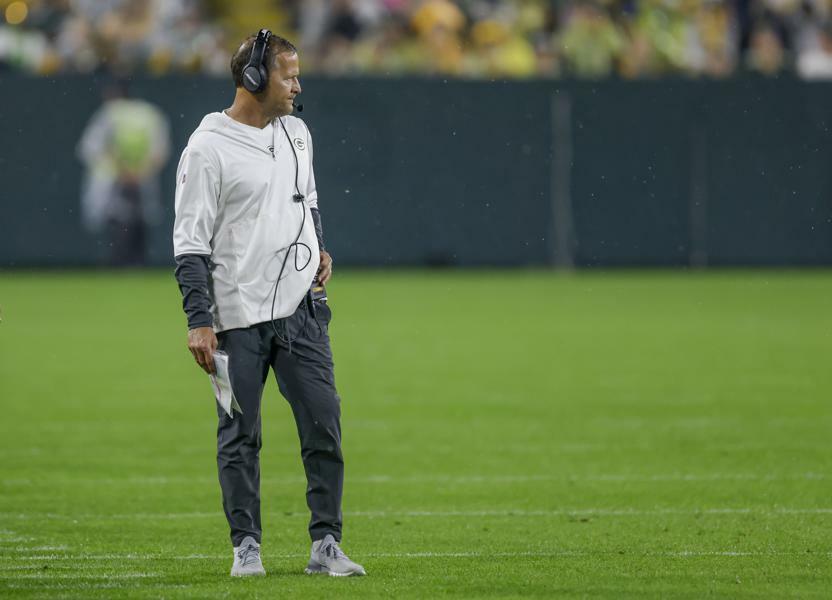 In January, 2004, then-Green Bay Packers head coach Mike Sherman made the head scratching move of hiring Bob Slowik to be his defensive coordinator.

Slowik had coordinated defenses in both Chicago (1992-98) and Cleveland (1999) with mixed results. But after Sherman whacked defensive coordinator Ed Donatell in the wake of the 4th-and-26 nightmare, he gave Slowik a third shot to run a defense.

Green Bay tumbled in almost every major statistical defensive category in 2004, allowed nearly 5.0 points more per game, and Slowik was zipped himself after just one year in charge. Not surprisingly, Sherman himself was dusted after the 2005 campaign.

Fast forward to 2021, where current Packers coach Matt LaFleur decided to give Joe Barry a third chance to run a defense.

Barry has been a two-time loser in this role, with dreadful results in both Detroit (2007-08) and Washington (2015-16). But Barry and LaFleur hit it off during their one season together with the Los Angeles Rams in 2017, so LaFleur took a chance and hired his buddy after firing Mike Pettine at the end of the 2020 season.

Although the 2021 season is just one game old, this looks to be a repeat of the Slowik debacle in 2004.

Green Bay was routed by New Orleans, 38-3, in its season-opener and the defense was dreadfully bad.

Saints quarterback Jameis Winston threw five touchdowns on just 20 passing attempts and had a passer rating of 130.8. New Orleans ran for 171 yards, was 7-of-12 on third and fourth downs, and held the ball nine minutes more than Green Bay.

A year ago, Pettine’s defense finished No. 9 overall, Green Bay’s first top-10 finish since 2010. That group was also seventh in passing defense and 10th in sacks.

But in the Packers first outing with Barry in charge, Green Bay looked lost.

Is it time to panic?

“I mean, if you jump ship after one game, we really didn’t believe this, you know what I’m saying?” Packers safety Adrian Amos said Sunday. “It’s not a question of anything like that. We have a 17 games now, a 17-game season. One game is not going to change my opinion on play-calling or defense or anything like that.”

Much was made this summer about Barry’s “energy.”

The 51-year-old Barry is a gregarious, demonstrative coach on the field and behind closed doors. The one thing no one knew for sure was if he could successfully run a defense.

Detroit ranked dead last in yards and points in both of Barry’s seasons with the Lions.

“I’m really proud of my scars. I really am,” Barry said shortly after he was hired. “I think in life, you’re hardened in life by tough experiences. Now don’t get me wrong, I think you can learn a lot from having success and being in a good place. But I think when true growth takes place, I think it’s when things are really, really hard.”

That defense was coordinated by Brandon Staley, though, who is the Los Angeles Chargers’ coach today. At best, Barry was a wingman.

In February, LaFleur compiled an impressive group of nine finalists to replace Pettine. In the end, though, LaFleur decided to hire his pal.

“I think, you know, the bottom line is we are going to get judged on what we do moving forward, and not from our past experiences,” LaFleur said. “And we understand what’s at stake each and every week when we go out there on the field. We’ve got to perform.”

The Packers didn't do any of that Sunday.

And it’s already led to questions whether Barry is the right man for the job?

For now, anyhow, Green Bay’s players are singing the right song — and focusing on fixing the many things that appear broken.

“I mean, it’s only one game,” nose tackle Kenny Clark said after Green Bay’s loss to the Saints “We’ve got 16 other games to prepare for, so, this game, you know, took an ‘L’ and this game definitely humbled us and it was a tough loss. And like always, we’re going to go back to the drawing board.”

Whether Barry should be at that drawing board will remain a hot-button topic in Green Bay.