Did Kim Kardashian Really Think Fans Wouldn’t Notice Her Fake Chewing In This Beyond Meat Ad?

her weird Disneyland photoshopping fake-applying products in their sponsored posts

The post Did Kim Kardashian Really Think Fans Wouldn’t Notice Her Fake Chewing In This Beyond Meat Ad? appeared first on PEDESTRIAN.TV .

and dear lord, there is a going on. For one thing, it starts with Kim Kardashian just… standing there, while everyone bustles around her. Staring into your soul, like some kind of evil barbie android. Complete with a slow zoom in for true dramatic effect. I really thought for a second it was satire, but now I don’t actually think so. “I believe so much in the mission of Beyond Meat that I’ve stepped in to help with my greatest asset – my taste,” Kim says in the video as a chef hands her different Beyond Meat products. Except, we don’t see her actually take a bite out of any of the products she goes on to “taste”. The first and most damning of the fake chewing attempts is when Kim “eats” a vegan burger. But really, she just holds it up to her face while making chewing expressions. Mouth closed, burger intact, untouched, not a bite to be seen. Kim then stabs a meatball with a fork, holds it up to her face and then — nope, we’ve cut to another food item. We also see her allegedly eating a chicken nugget while making “mmm, yum” noises but again, we don’t actually see her bite it. She’s just chewing while holding a nugget. Obviously, Kim’s eagle-eyed fans would not let this slide, calling her out in the comments. “You didn’t show her actually consuming the product… Did she actually eat it?” one person wrote. “I ain’t buying it cause you ain’t really eating it,” another joked. “This is beyoooond meat, so good you don’t even have to eat it,” a third quipped. Side note: I’ve tried Beyond Meat and it is like, weirdly close to meat. The patty bleeds uncomfortably accurate meat-like juices when you fry it, to the point I was legit concerned I’d bought the wrong product. But I digress. Honesty, I can’t with the Kardashian family. I have no idea how Kim didn’t anticipate this. Between getting called out for and the influx of influencers outed for , it’s like, c’mon. Celebrities stop fake-using products in paid content challenge!
Sign up to read this article 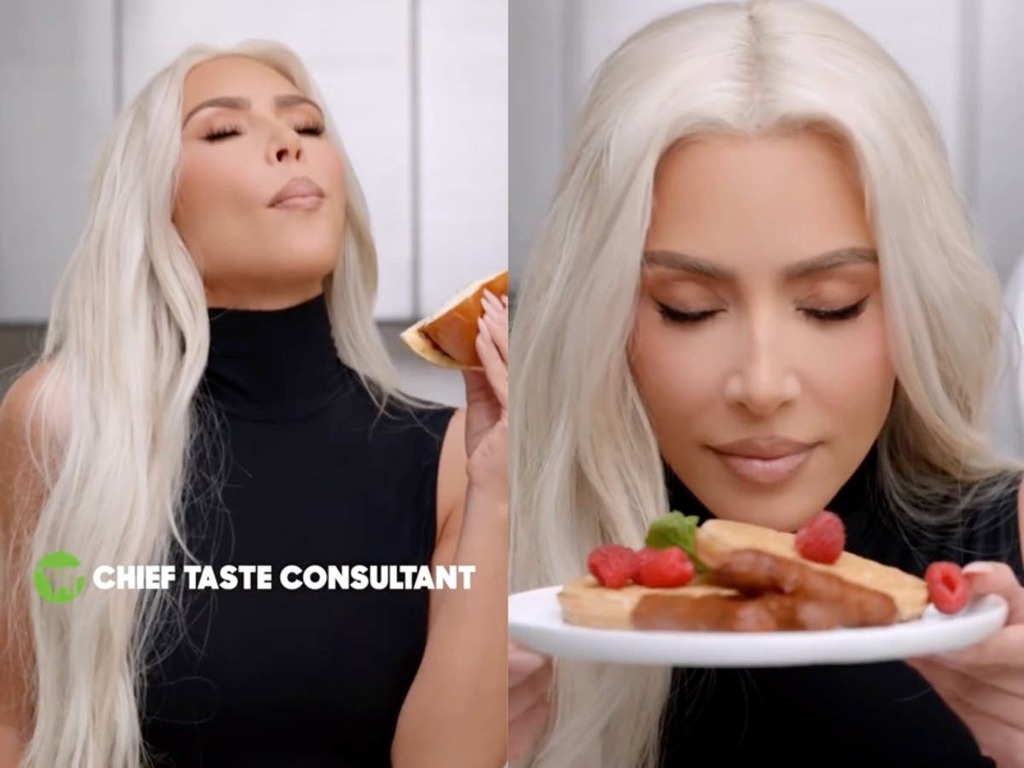