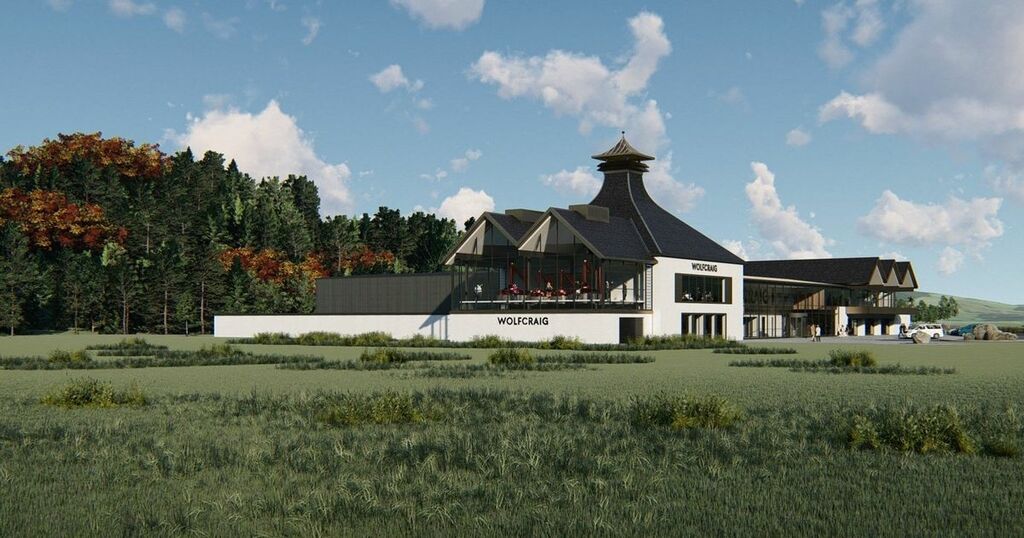 Developers of a new £15m Stirling distillery and visitor centre say it could generate a staggering £1billion for the local economy over the next decade.

Wolfcraig say they plan to spend £150 million in wages, taxes and to local suppliers over the next 10 years.

And they say the overall effect of that spend will be around £750 million over the next 10 years for the local economy.

The developers believe it would be a “visitor destination target” for tourists to Stirling.

A site near Touch Farm had originally been proposed but Ambassdaor LB Holdings LLP had approached Wolfcraig to offer land within their Craigforth campus redevelopment, which was felt to have better direct access to infrastructure. A proposed bonded warehouse building has had to be removed from the proposal and is expected to be part of a separate application once a suitable alternative location has been found.

“Wolfcraig has already been pivotal in attracting potential new hotel operators which is a key objective. If there are 150 overnight stays per night spending an additional £150 per head in the local economy on average that would result in further direct spend of £8 million per annum that would have an additional economic benefit of £400 million over the next 10 years.

“It is probably realistic to suggest that Wolfcraig could generate in excess of £1 billion over the next 10 years for the local economy.”

Nearby neighbours, however, are less than enthusiastic about the development.

In their objection, NKRHA secretary Gerard Dowds said: “At present, the residents of the Steading live in a peaceful rural location, with the only sounds being those you would expect in a countryside area, and the only light coming from the dispersed development in the area.

“Allowing so much new development in this area will change it forever. Noise will increase, as activity increases. This will change the area from a rural area to one that is suburban and we will have our level of residential amenity significantly compromised.

“Odour is a constant problem for distilleries to control, and we will be the ones that will have to bear that impact the most.

“The concerns we have are many, and the impacts from the development will be significant. As such, we hope that the council will refuse it.”

Wolfcraig said they are happy to engage with locals over any concerns, although added that the wider Craigforth site had been approved for mixed-use development as far back as 2007, prior to the steading development receiving planning permission in 2013.

A spokesperson added: “Wolfcraig did investigate other sites but found that none of these were viable for technical reasons.

“The Wolfcraig application has a road being extended from Craigforth House which ends at the distillery, with no access south or east towards North Kersebonny.

“The flood officer has confirmed that there should be no objection from a flooding perspective.

“Wolfcraig intend to use water from ground sources for process waters which will have no impact on the current supply. Scottish Water has confirmed they have no objection to this planning application.

“A visual impact assessment is being undertaken and a noise and light pollution report requested.

“The discolouration of houses and vegetation is not relevant to the Wolfcraig application as they will not be maturing spirit on site.’’