Australian households are suffering the worst cost-of-living squeeze in more than two decades, with real wages now falling at the fastest pace since the GST was introduced in 2001.

At just 2.4 per cent, wages growth was less than half the rate of inflation over the year to March, according to Australian Bureau of Statistics data released on Wednesday.

With unions estimating the real wage cuts could leave workers up to $4000 worse off in 2022, the figures deal a major blow to Prime Minister Scott Morrison’s claims that the Coalition is delivering a “stronger economy” since the pandemic lockdowns.

But economists noted that while wages were failing to keep up with inflation, they were rising faster than before as a result of the nation’s historically low unemployment rate.

Average wages growth failed to keep pace with inflation across every industry measured by the ABS over the March quarter, with average pay for public sector workers also going backwards in real terms.

Even when measured against underlying inflation, which strips out the most volatile price increases, real wages still fell 1.3 per cent in annual terms.

The gloomy data brings into question government claims about the strength of the economy, particularly after Mr Morrison repeatedly argued that Australia is roaring back from COVID-19.

Critics have claimed that the government prefers low pay rises, but the PM has rejected that suggestion.

On Wednesday morning, before the wages data was released, Mr Morrison predicted that the current rate of jobs growth would soon lead to bigger pay packets.

“The way wages go up is when you get unemployment down and get businesses that are able to earn more so they can afford to pay higher wages,” he said.

But Indeed APAC economist Callam Pickering said inflation threatens this rosy outlook, with a downturn in business conditions still a “distinct possibility” and real wages to continue falling in the near term.

“High inflation is a concern – it’s been driven by rising business costs which will eat into the ability of businesses, particularly smaller ones, to hire new staff and pay higher wages,” he said.

“The longer this inflation episode lasts, the greater the likelihood that the job market cools.”

“This will have a big impact on households, particularly lower-income workers in a much more precarious economic position,” he said.

“While these data will give the RBA some pause for concern, they will still expect faster wages growth to occur later in the year, and will raise rates at the June meeting,” BIS Oxford senior economist Sean Langcake said.

The RBA used findings from its business liaison program, rather than official wages growth data, to inform its view that pay packets were picking up ahead of its first rate hike in more than a decade earlier this month.

And while this weaker-than-expected wages data is concerning, there are still signs that businesses are starting to offer higher rates of pay.

For example, although just 15 per cent of workers scored higher wages during the March quarter, they landed an average pay rise of 3.4 per cent – the largest gain since June 2013.

“In fact, the annual wage growth rates in Western Australia and Queensland are the highest since late 2014. 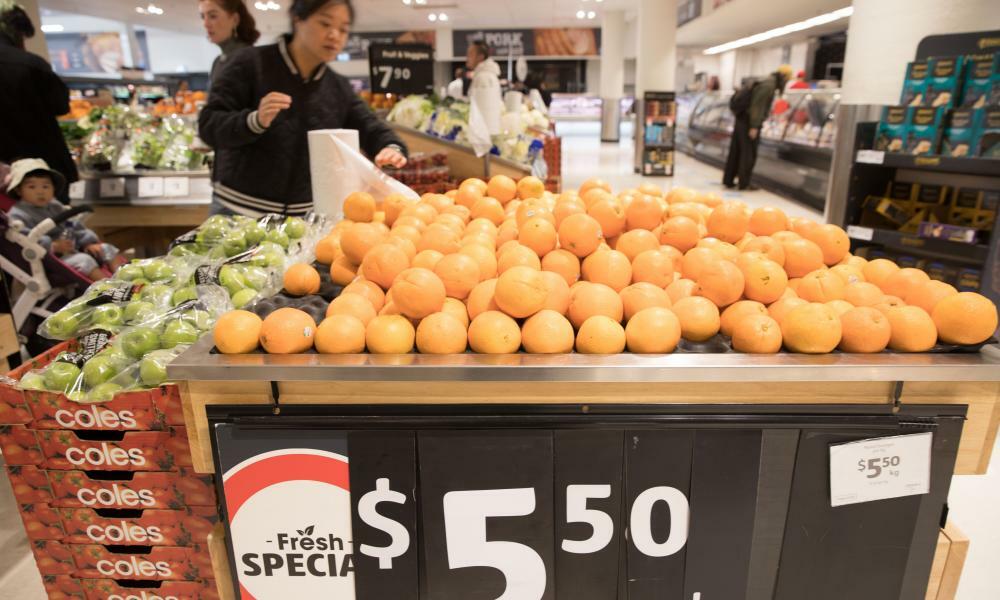 Real incomes shrink as wages growth of 0.7% in March quarter falls behind inflation
Labor says figures released by the ABS show gap between wage growth and cost of living increases in Australia is…

The Guardian - AU
One subscription that gives you access to news from hundreds of sites
Wages growth edges up, but still a long way short of the rising cost of living

Australian workers saw their base wages rise 2.4 per cent over the past year, but inflation more than double that…