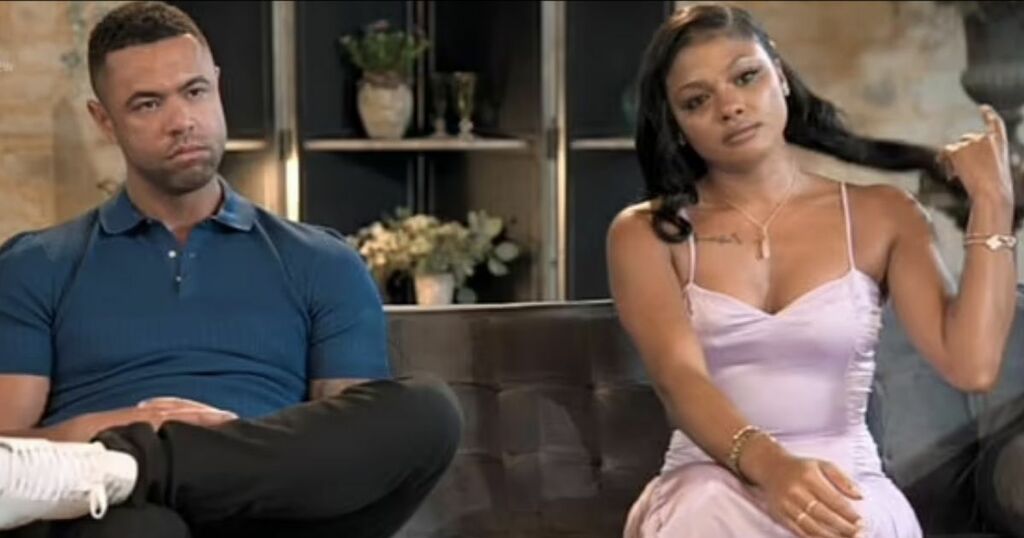 Married First Sight UK star Alexis Economou has slammed husband Jordon Mundell after he admitted cheating on her after they swapped vows on the hit E4 show.

Reports last month revealed that Alexis and Jordon's marriage did not last long – with the pair splitting not long after they tied-the-knot in front of friends, family, and cameras.

And reports suggested Jordon had opted to star on the E4 show – after dumping his girlfriend of 11 years two days before the series began filming.

While reports suggested Jordon went back to his ex after featuring on the show, new scenes showed Jordon confessing he had shared a kiss with co-star Megan Wolfe days after his honeymoon with Alexis.

Betrayed Alexis has hit out at Jordon, telling The Sun on Sunday: “It was a d*** move.

“I had already decided to leave the show, but for me, finding out that Jordon and Megan had shared a kiss just proved my point.

“He had been flirting at the dinner party so part of me knew he would stray. But it was hurtful and I felt deflated. I felt like s**t. I tried to hide that insecurity and vulnerability from Jordon at the time, but watching it last week there were a lot of emotions and I did cry.

"Now I don’t feel anything towards him. It was a d*** move. He did apologise to me off camera. I would like to think it was genuine, but you never know.”

Megan has previously insisted the episode of Married At First Sight that saw her lock lips with Jordon behind the back of her husband Rob Voysey, was ‘edited’.

She said: “To everyone, remember our brides and grooms are real people with friends and family who are all reading your comments.

"We know this show can sometimes spark debate, but let's all remember to #bekind.”

Last week, a social media user claimed that Jordon had been dating a woman for 11 years before savagely dumping her two days before joining the cast of the explosive reality show.

The Twitter user uploaded a string of photos online purporting to show Jordan and his alleged former girlfriend together.

They wrote online: "Imagine having a stunning Mrs of 11 years and disappearing to film a tv show to get 15 mins of fame."

She added: "Jordon is an absolute clown."

Photos showed Jordan posing with a brunette woman – who on Instagram claims to be a 26-year-old nurse from Wales – on holiday and at graduation ceremonies together.

One shocked Married At First Sight fan replied to the social media posts to state: “What a trash man!!! You’re friend is beautiful!! Please say she has dropped him like a bad habit!!”

Married At First Sight UK airs on E4 on Monday-Thursdays at 9pm.