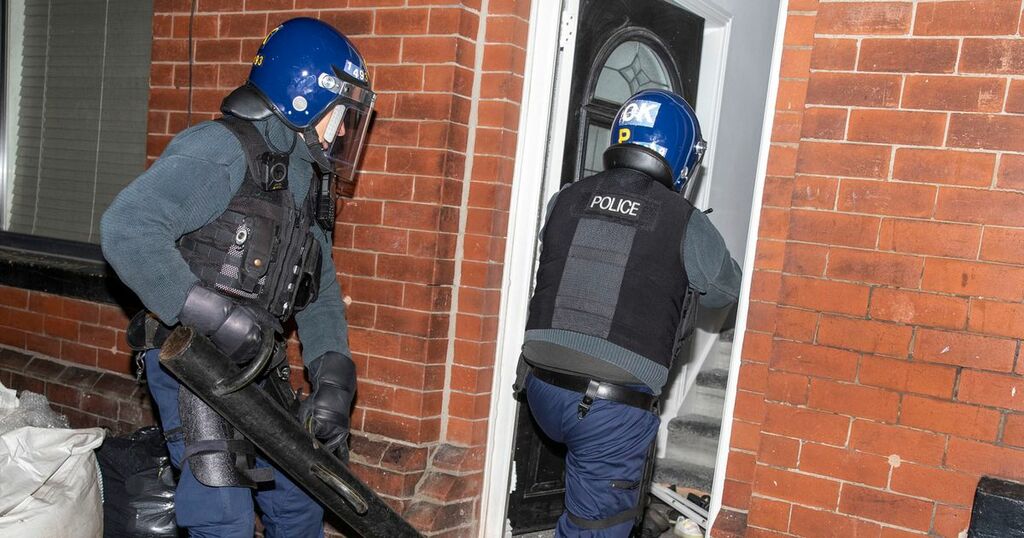 Detectives have arrested three men on suspicion of attempted murder after a man was attacked by a machete-wielding gang.

Dawn raids were carried out following the 'incredibly violent' incident in Rochdale on Tuesday night.

Three men have been held on suspicion of attempted murder, and of participating in the criminal activities of an organised crime group.

They remain in custody for questioning.

The M.E.N. previously told how the 21-year-old victim was dragged from a wrecked VW Golf which had crashed into a lamp post, before being set upon.

A witness said the man was 'screaming for his mother' as he feared he would die.

He remains in a serious condition in hospital.

Police executed six warrants at properties across Rochdale at 5.30am today.

GMP said a vehicle, weapons, drugs and cash were seized during the raids.

Officers were called to Shawclough Road at about 9.45pm on Tuesday.

"This guy was beaten very badly and there was a lot of blood," a witness said.

"It was a very shocking incident. It was quite horrific thing to occur near our normally peaceful neighbourhood."

Detective Chief Inspector, Tony Platten, of GMPs Rochdale District, said: "This was an incredibly violent assault that has left a man with serious injuries in hospital.

"We have launched a full investigation into this incident and detectives have been working at pace to ensure all available lines of enquiry are pursued and potential offenders identified.

"As a result of this we have been able to execute six warrants this morning, leading to three being arrested and taken to custody for questioning.

"I would stress that our investigation is very much continuing at pace and urge anyone who may have information or footage, including dash cam footage, to get in touch with police as a matter of urgency."

Alternatively, details can be passed via GMP's LiveChat function at www.gmp.police.uk or via the independent charity Crimestoppers on 0800 555 111.