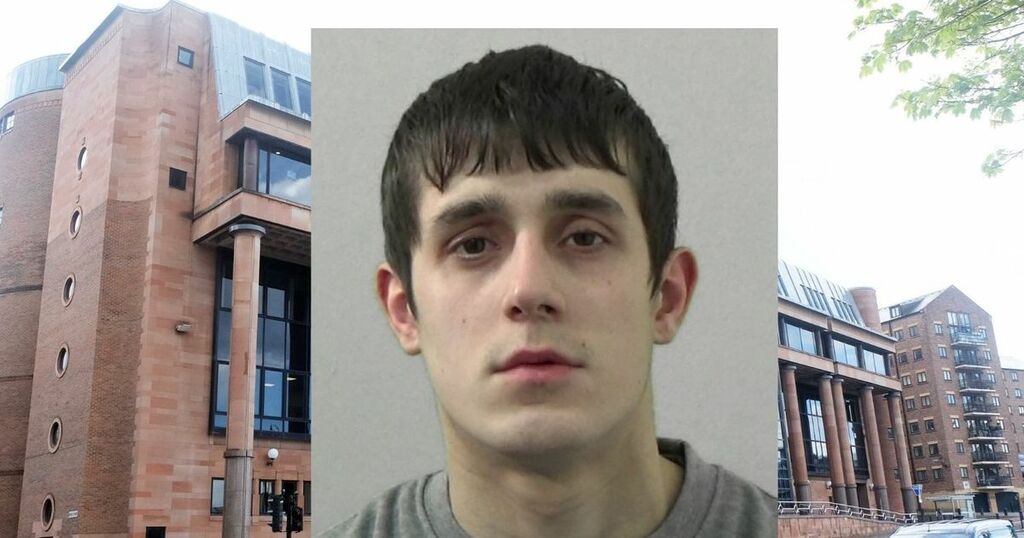 A despicable lowlife heartlessly stole from a vulnerable stroke victim after pestering him for a year.

Ethan Courtney mercilessly preyed on the victim, who uses a mobility scooter and walking stick and relies on carers to assist with his needs three times a day.

A court heard he stole a computer monitor, an Alexa device, cash and a bank card during visits to the 51-year-old's home in Dudley, North Tyneside.

Courtney, who had been released from prison on licence for a 12 month sentence imposed for assault in February this year, is now back behind bars after admitting theft.

Judge Robert Spragg told him: "It was deliberate targeting of a victim on the basis of vulnerability.

"The repeated nature of the the behaviour caused emotional distress and he was even scared to follow through with the prosecution.

"These were really mean, unpleasant offences targeting a vulnerable man and are so serious only an immediate custodial sentence is appropriate."

Neil Pallister, prosecuting, said the victim had been pestered by Courtney for about a year.

On the afternoon of Monday June 14 this year, he banged on his back door and he let him in.

The victim then went out to the local shop leaving Courtney in the living room.

When he returned five to ten minutes later, he noticed his curtains in his living room had been closed.

Mr Pallister said: "The defendant said he had closed the curtains due to the glare from the window on the TV. He then left.

"When the complainant opened his curtains he realised his £150 27” computer monitor screen was missing along with all the cables."

The victim didn't report it immediately as he thought he might finally leave him alone having stolen it and he didn't want any more trouble.

Two days later, he realised a £50 Alexa device had also been stolen.

On that same day, he was in bed when he heard his name being called from the living room and found Courtney in his house.

Mr Pallister said: "The defendant seemed shocked to see him, clearly he did not expect him to be in.

"He said 'I really feel shan, I have your monitor at my dad’s'. He also admitted the Alexa device was at his father’s."

Courtney said “Please don’t tell the police about the monitor, I don’t want to go back to jail.”

The victim believed he had climbed in through an insecure window.

Later that night he discovered that his bank card had been stolen along with £5 cash. Fortunately, the card had not been used fraudulently before he cancelled it.

The victim said in a statement about the impact of the offending: “Although I am not scared of him, he has had a big impact on my life and it has given me anxiety.

"He shows up all the time and has taken advantage of me. He’s taken my monitor, Alexa and bank card. This gives me issues for getting money.

"I have tried to be fair to him and he’s come back for more.”

He said Courtney also banged on his door on June 17, which intimidated him.

He went on to say he no longer wished to attend court, saying “my safety is my main concern as I would be unable to defend myself should he try and cause me harm. I am settled in my home and would not wish to move to end the problems.”

A police officer who attended described the victim as being very upset about the incident.

Prosecutors decided to proceed against Courtney despite the victim not wanting to go to court.

A charge of burglary was dropped after he pleaded guilty to two offences of theft.

Courtney, 20, of no fixed address, who has 51 previous convictions, was jailed for 14 months and given a restraining order banning him from contacting the victim or going in his street.

Jonathan Cousins, defending, said Courtney had an "extremely difficult" upbringing, was excluded from school and as mental health issues