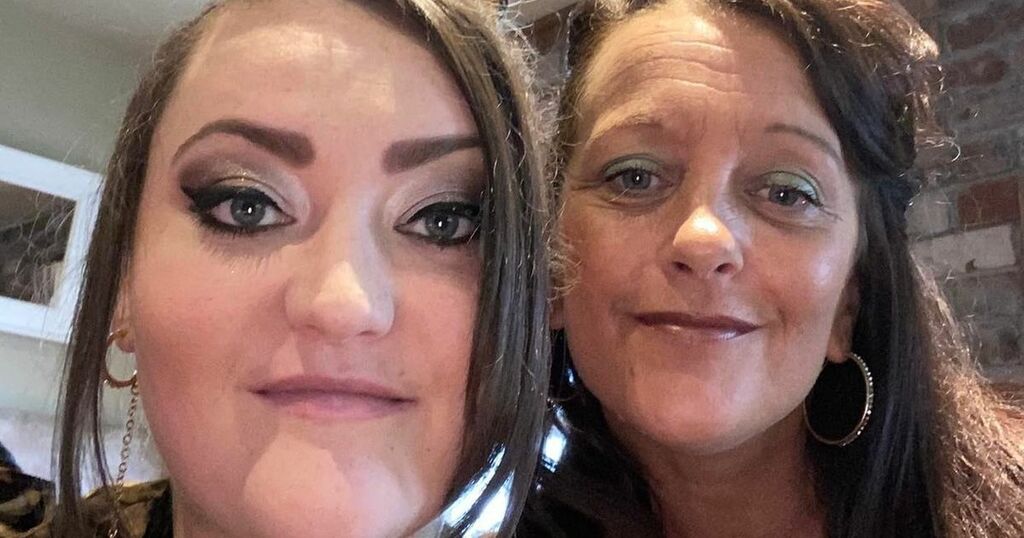 A Scots daughter is desparate for answers after her mum's body was found next to a Spanish motorway.

Jamielee Fielding was devastated to learn her mum Sharon had tragically died while on a two-week break in Nerja in September.

The 31-year-old, from Livingston in West Lothian, said her heartbroken family have since been plagued with fears and unanswered questions over her mum's sudden death.

Sharon, 50, loved the holiday destination and was enjoying a break on her own when her body was discovered on September 15.

Horrified Jamielee quickly booked a flight to the country after she was contacted by Spanish authorities who said Sharon had fallen in the street and died of a head trauma.

But when she arrived in the country she was baffled to be shown a death certificate which stated her mum had died of pulmonary oedema - a condition caused by excess fluid in the lungs.

Speaking to the Record, Jamielee said: "I couldn't believe it when I got the call to say my mum had died.

"She was messaging me the day before and arranging to come and see me on the day she was back. We were told that she had a fall in the street and it was a head trauma that killed her.

"I wanted to get over there as soon as possible and when I did I met with the funeral director. He took us to the court to collect the death certificate and it said she died of a pulmonary oedema.

"I was so confused as to how we were given two different stories."

Council-worker Jamielee said her ordeal and confusion soon worsened after she was taken to the chapel of rest to see her mum.

She said: "Because pulmonary oedema is a lung problem, I wasn't expecting to see anything wrong on mum's body.

As well as being given two separate causes of death, Jamielee also said she has no idea when her mum was last seen, how she travelled to the spot where she died - a 43 minute walk from her apartment - or what time of day her body was found.

Jamielee asked to visit the location of her mum's death and said that it was "odd" that Sharon would have fallen there.

She said: "It was a rocky embankment between two busy motorways. My mum doesn't drive. She couldn't have walked it. I don't know how she got there."

She added: "The more I think about it, the more I get this disgusting feeling that she was dumped there."

The family's suspicions were further sparked when Sharon's clothes were returned to them soaking wet.

Jamielee said" "Her clothes and shoes were soaked through. How did they get wet? It is like the dessert out there.

"Has she been drowned and then dropped off?"

Jamielee can't shake the feeling that something terrible and sinister has happened to Sharon, but said that local police made her questions feel like an "inconvenience".

Jamielee continued: "I was completely shrugged off by Spanish police. They came across was as if I was an inconvenience.

"We brought my mum back to Scotland and a second autopsy has been done, but I have been told we can't get the findings until the Spanish reports come back - and that could take a year."

Heartbroken Jamielee is now desperate for answers as she claims "unhelpful" Spanish authorities are treating Sharon's death as a non-suspicious case.

In a final and desperate bid for closure, she is now hoping to fundraise enough money to hire a private investigator to try to get answers on the circumstances surrounding what happened.

She said: "We are in limbo. It is horrible.

"But I know I won't be able to settle or grieve until I've done everything in my power to find out what happened.

"My mum was my best friend. I spoke to her everyday and we did everything together. It still doesn't feel real."

The Daily Record have contacted the Spanish authorities.

A spokeswoman for the Crown Office and Procurator Fiscal Service said:“The death in Spain of a 50-year-old woman from Livingston was referred to COPFS by the Death Certification Review Service.

"Enquiries are ongoing with the assistance of Police Scotland but COPFS has limited jurisdiction in relation to deaths that occur outside Scotland.”

A Go Fund Me page has been launched to pay for a private investigator to look into Sharon's death and give the family closure.

Donations can be made by clicking here.