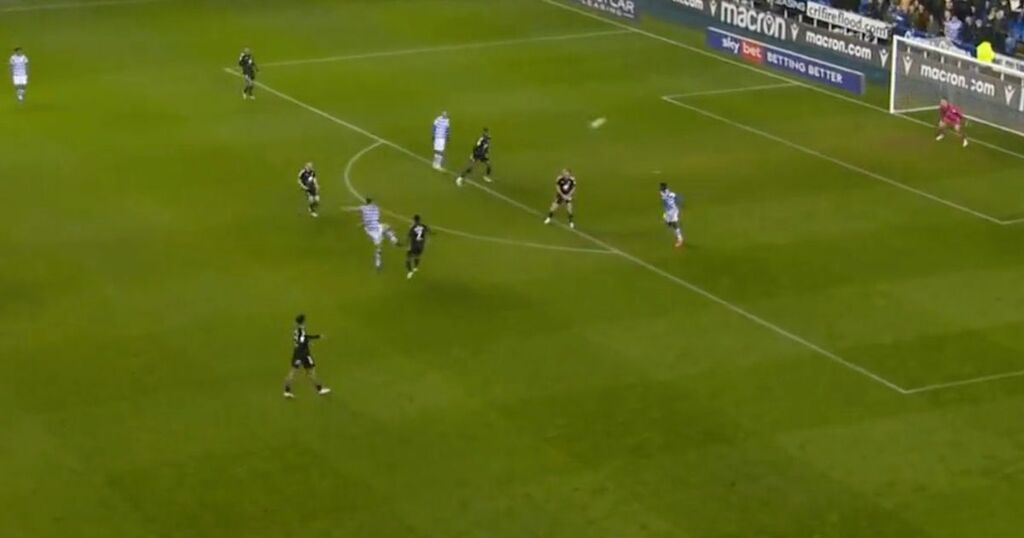 Andy Carroll must be ruing his luck.

Tuesday night saw the former England striker score not one, but two stunning goals for Reading in their Championship clash with high-flying Fulham.

Unfortunately for the 33-year-old, both were disallowed as Carroll was offside.

His first was a superb scissor kick from inside the penalty box.

His second saw him chest the ball before unleashing a wicked volley that flew into the Fulham goal. On both occasions the referee and linesman were quick to highlight the offside, but it didn't stop Carroll from thinking what might have been.

Carroll signed a short-term deal with Reading back in November and has one goal in seven appearances.

Will Andy Carroll get back to the Premier League? Let us know in the comments

His contract expires after Saturday's trip to Middlesbrough. The Royals are said to have offered an extended deal and are awaiting a response.

Upon joining the club last year, Carroll said: "I’m really pleased to be here, coming in seeing the training ground and the lads has been enjoyable.

“I’ve been keeping myself fit. I had a break at the end of the season then came back and got stuck in to getting fit.

“I’ve been waiting for an opportunity to come around, and now I’m here and I’m loving it. I’m not match fit without playing matches, but that will come in the next few weeks playing games and training every day.

“I want to focus on playing the games I’m here for and then see what happens at the end of the contract."

Both of Carroll's disallowed strikes against Fulham came with the score at 1-0 to the visitors, and with the game evenly-poised.

But Fulham went on to win at a canter with a 7-0 victory capping a miserable night for the Royals at the Select Car Leasing Stadium.

They were 2-0 up at half-time but were rampant in the second half scoring a further five goals to move up to second and within a point of divisional leaders Bournemouth.

Aleksandar Mitrovic also scored two as he took his tally to 24 in the league. He is now just seven goals shy of Ivan Toney's 31, a Championship record that was set last season by the Brentford man.

Kenny Tete, Neeskens Kebano and Tosin Adarabioyo also netted on a prolific night for the second tier's most potent side.

They have now scored a whopping 58 goals this season - 15 more than the second-highest scorers, Blackburn Rovers.

It was the second time Marco Silva's side have scored seven this term, having done the same to Blackburn back in November.

"It was a good result for us and it was an impressive performance," said Silva.

"We knew before the game and we spoke about it in meetings that it would be important for us to get three points and the fans who were here this evening and came in great number, got to see and feel a great performance.

"There were some great goals and some great individual performances and it was the perfect night for us."