Derry Girls star Dylan Llewellyn, will swap his 'wee English fella' boots for some bigger ones as he takes the lead role in a brand new semi-autobiographical Channel 4 sitcom.

The show focuses on the unlikely friendship between the pair of university students, and will also showcase "ups and downs of grief, sexual discovery, freshers' week and making one very special best mate."

Talking about the plot, the producers explain: "Jack has spent the past year at home with his potty-mouthed mum. He's been grieving for his father and she for her husband, but the time has now come for him to take his place at the local uni.

"There he meets his roommate Danny as the pair are thrown together during freshers week, watched over by an entirely over-enthusiastic Student Union head.

"Jack and Danny are at significantly different places on the spectrum of masculinity but closely bond during the inevitable chaos and frenzy of a first year."

Rooke will narrate the six-part series, with Dylan Llewellyn playing the character of Jack. Llewellyn is currently best known as James Maguire from Derry Girls.

The series will centre on the unlikely friendship between "sweet, shy, closeted" Jack and "boisterous, laddish and ever-so-slightly mature student" Danny, played by Plebs and Pls Like star Jon Pointing.

Comedian Jack Rooke has stated that he is extremely excited to watch some of his comedy come to life in a sitcom, saying: "As a kid I'd stay up late to sneakily watch something a bit 'queer' on Channel 4.

"I'd ask Dad: 'Why does that bloke have his face in that other bloke's lap?' and he'd grin and say, 'They're just having a fun time!!'

"Now I am thrilled to have my first comedy series with Channel 4, writing and narrating Big Boys, based on the teen years after losing my dad with all the ups and downs of grief, sexual discovery, freshers' week and making one very special best mate. (And I'll be sure to include some of my own 'fun times' too!)"

Jack also tweeted a photo of himself with Dylan back in 2020, captioning it: "I hope Big Boys is like Broad City meets Inbetweeners meets Desperate Housewives with lots of sex, drugs & crying in bed watching This Morning.

"Dylan, Jon & whole cast (tba) are incredible & after such a shite year I’m packing Big Boys with as many daft jokes as I possibly can."

Big Boys is airing on Channel 4 on Thursday May 26 at 10pm - just in time for those who may be missing Derry Girls a little too much! 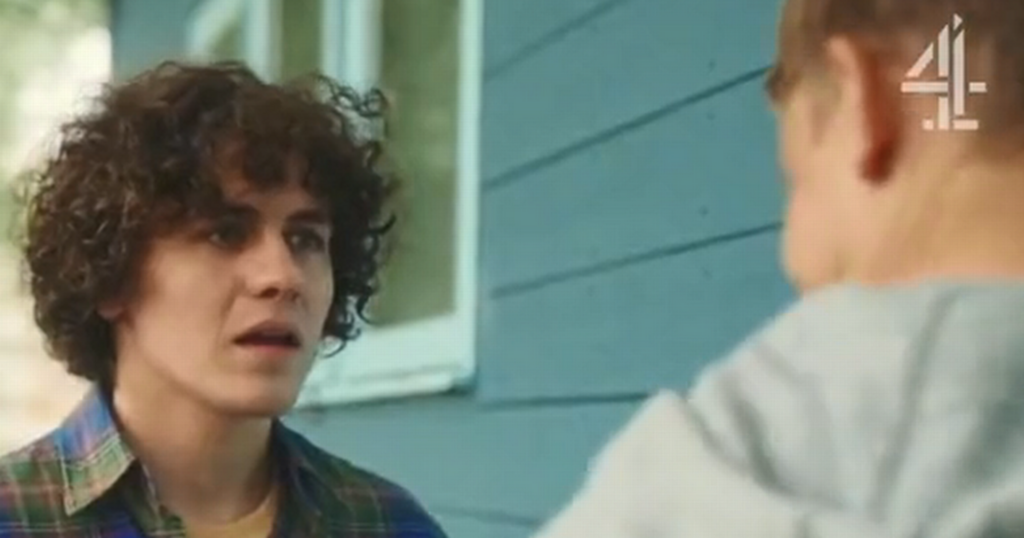