A HUNTER sports facility will receive $5.5 million in federal funding following the election, but Barnaby Joyce refused to talk energy "transition" on his visit to the region.

The Deputy Prime Minister was in Muswellbrook on Thursday to announce the funding for amenities at Olympic Park if the Coalition is re-elected.

"We would all prefer our kids out playing football than playing computer games. That's not going to help anybody," Mr Joyce said.

"Sitting yourself in a room, shutting the door and occupying yourself with a computer chip is not going to give the social development of getting out and meeting other people."

Labor has committed to matching the $5.5 million.

Muswellbrook mayor Steve Reynolds welcomed the funding announcement and said refurbishment of the facility, which is used by multiple sporting groups, has been a "long time coming".

Plans are for the facility to host NRL and NRLW games in the future, along with other state and national sporting competitions which would encourage tourism in the town.

The focus of Thursday's visit to the Hunter, which included a tour of Bloomfield Group's Rix's Creek Mine, soon turned to the future of energy generation and industry diversity in the region.

When asked about the call from groups such as Committee for the Hunter for a government-backed transition authority to guide the process of energy diversification for workers and business, Mr Joyce said "transition translates to unemployment".

"People get these romantic ideas that they are going to shut down one of our major employers and exporters and somehow they will still have the same standard of living," he said.

Mr Joyce said the government is working to establish the infrastructure for alternate industry, namely in areas of hydrogen and critical minerals.

"We believe in choice while others believe in a sort of socialist direction."

Handing out campaign fliers opposite the Nationals pair was Labor candidate Dan Repacholi.

The Newcastle Herald asked Mr Repacholi what his plan for coal workers in the Hunter is coming into the election. He said Labor's plan involves diversifying industry and brining manufacture back to the region.

"Our focus is same job, same pay and while other countries are buying our coal we are going to sell them our coal," Mr Repacholi said. 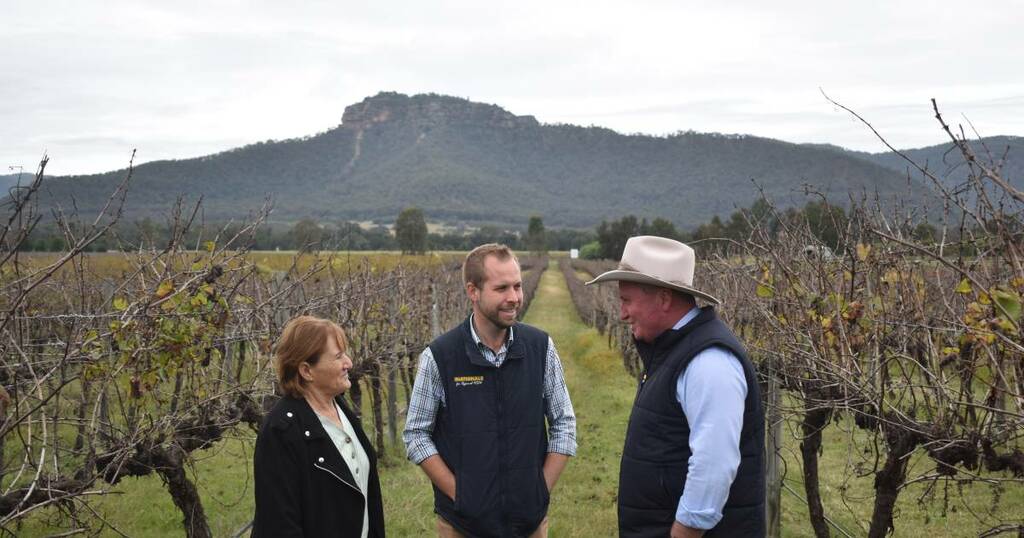