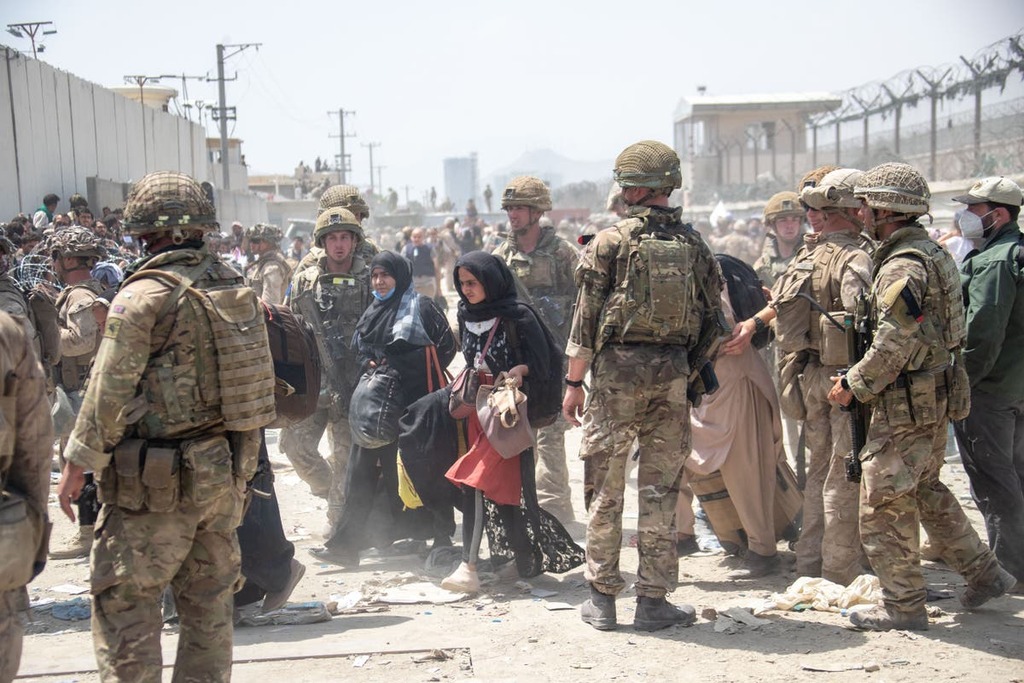 Deporting asylum seekers back to Afghanistan presents “no real risk of harm”, according to new Home Office guidance that could pave the way for some to be sent back to the Taliban-controlled country.

Updated guidance states that, in order to be granted protection in the UK, Afghan asylum seekers must be able to show that there are “specific reasons over and above simply being a civilian for being affected by the indiscriminate violence”.

It comes only weeks after Britain staged a huge military operation to rescue thousands from Kabul as the country fell under the control of militants.

Campaigners said it was “perverse and immoral” that the government was leaving scope for people seeking protection to be sent back to Afghanistan, warning that the guidance failed to “reflect the situation on the ground” and “ignored many threats to basic human rights”.

A Home Office spokesperson told The Independent that it was not enforcing returns to Afghanistan for those who have been refused asylum – though lawyers said this “contrasted” with the new guidance which indicates that it may be safe to return people.

The country guidance, an update on a previous version – which the Home Office deleted following the Taliban advance in mid-August – claims that indiscriminate violence in Afghanistan is “not at such a high level that it represents, in general, a real risk of harm” to people sent back there.

It states that it is “open to question as to whether there continues to be a situation of international or internal armed conflict” and that “should indiscriminate violence be taking place, it is only in some areas of Afghanistan and is to a far lesser extent following the Taliban takeover”.

It comes amid mounting concern over the Taliban rule in Afghanistan since the group took power on 15 August, with several reports of human rights abuses taking place across the country in recent weeks.

The Taliban killed 13 people from the ethnic Hazara community, including a teenage girl, in a single massacre after its takeover of Afghanistan in August, Amnesty International said this week.

Bella Sankey, director of Detention Action, said it was “perverse and immoral” for the government to consider refusing protection to people from Afghanistan.

“It is only a matter of weeks since the Taliban’s murderous rule returned to the country and this government rushed to evacuate thousands of British nationals and Afghan people out of danger,” she added.

“Since then, Taliban henchmen have gone house to house, executing and disappearing those who do not support their despotic ideology. The country is not safe and the UK needs to recognise that by protecting those who have fled.”

Sabir Zazai, chief executive of the Scottish Refugee Council, said it was “shameful” that the guidance portrayed Afghanistan as being “safe” for some and argued that it did “not conform with reality of life” in the country, “ignoring the many threats to basic human rights of Afghans”.

“There are a lot of people whose lives could be at risk for a number of reasons, which the guidance can’t encompass. Afghanistan simply is not safe. People from Afghanistan currently going through the asylum system must be granted refugee status,” he added.

There are currently more than 3,000 live asylum applications from Afghan nationals in the UK. Ministers have been warned that these people have been stuck in a “nightmarish limbo” since the Taliban takeover in their home country, but have refused to heed mounting calls to grant them the right to stay in Britain permanently.

The Home Office guidance acknowledges that there are “potentially vulnerable groups”, including those who worked with international military forces, women, LGBT people and ethnic and religious minorities, who should be entitled to asylum in the UK.

Asylum lawyer Alasdair Mackenzie said this was “welcome”, but said it was unclear how these groups would be defined, and warned that many people who would be at risk from the Taliban may not fit into one of these categories.

He added: “Regrettably, the document does seem to leave scope for the Home Office to send people back to Afghanistan, which ought to be unthinkable at the moment […] It’s difficult to understand the Home Office’s reluctance to grant asylum to all Afghans currently in the UK.”

A Home Office spokesperson said: “No one who is at risk of persecution or serious harm in Afghanistan will be expected to return to the country and we are not enforcing returns to Afghanistan for those who have been refused asylum and who have exhausted all rights of appeal.

“All asylum and human rights claims, including those from Afghan nationals, are considered on their individual merits in accordance with our international obligations.”

In response to the department’s claims that returns to Afghanistan are not taking place, immigration lawyer Sonia Lenegan said: “The Home Office should grant these people leave to remain in the UK, instead of leaving them in limbo without status for an unknown period of time, unable to work and often reliant on asylum support.”