World-renowned electro music band Depeche Mode have issued an update following the death of their keyboard player Andy Fletcher and confirmed how he died. The 60-year-old passed away on May 26, leading to an outpouring of grief from the band, fans and other musicians.

In a post on Instagram, Depeche Mode thanked those who sent their love and respect to the band and Andy's family following his death. They said it was "incredible" to see the amount of love and support offered out.

Within the lengthy statement, the band fronted by Dave Gahan and also featuring Martin Gore added that a cause of death had been confirmed. The news had been shared with Andy's family, who had given Depeche Mode permission to tell the world about what had happened.

Read more: 'Down to earth' Benedict Cumberbatch spotted surfing at The Wave

It was revealed that Andy had suffered an aortic dissection at home on May 26 and he passed away "naturally and without prolonged suffering". An aortic dissection is caused by a tear or bleeding in the aorta - the main artery carrying blood from the heart to the rest of your body - and as in Andy's, can be life-threatening and lead to death.

In their Instagram post, Depeche Mode said: "We wanted to take a moment and acknowledge the outpouring of love for Andy that we’ve seen from all of you over the last few weeks. It’s incredible to see all of your photos, to read your words, and to see how much Andy meant to all of you.

"As you can imagine, it’s been a strange, sad, disorienting few weeks for us here, to say the least. But we’ve seen and felt all of your love and support, and we know that Andy’s family has too.

"A couple weeks ago we received the result from the medical examiners, which Andy’s family asked us to share with you now. Andy suffered an aortic dissection while at home on May 26. So, even though it was far, far too soon, he passed naturally and without prolonged suffering.

"We had a celebration of Andy’s life in London last week, which was a beautiful ceremony and gathering with a few tears, but filled with the great memories of who Andy was, stories of all of our times together, and some good laughs. Andy was celebrated in a room full of many of his friends and family, our immediate DM family, and so many people who have touched Andy’s and our lives throughout the years. All being together was a very special way to remember Andy and see him off.

"So thank you for all of the love you’ve shown Andy and his family and friends over the last few weeks. It honestly means the world to all of us. 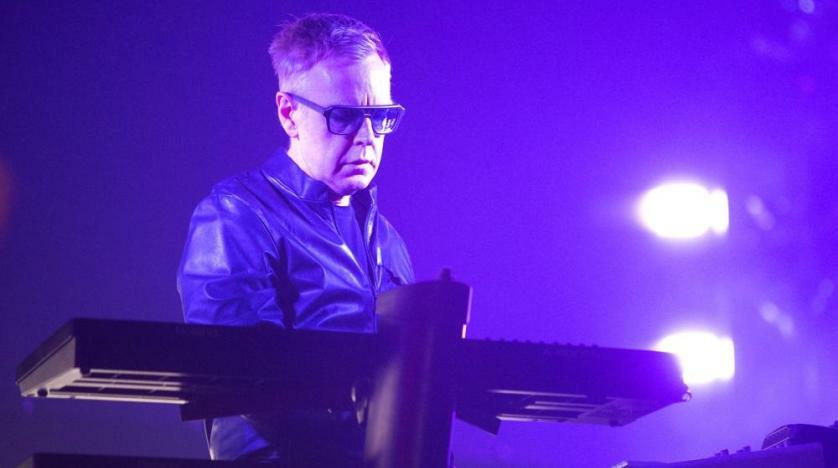 He passed away at the age of 60 last month

Andrew Fletcher - keyboardist and founding member of Depeche Mode - passed away at the age of 60 last month,…

Keyboardist who died aged 60 in May suffered aortic dissection, with band saying ‘he passed naturally and without prolonged suffering’

The Guardian - UK
One place to find news on any topic, from hundreds of sites.
Andy Fletcher death: Depeche Mode co-founder died after suffering an ‘aortic dissection’, says band

Fletcher died in May aged 60