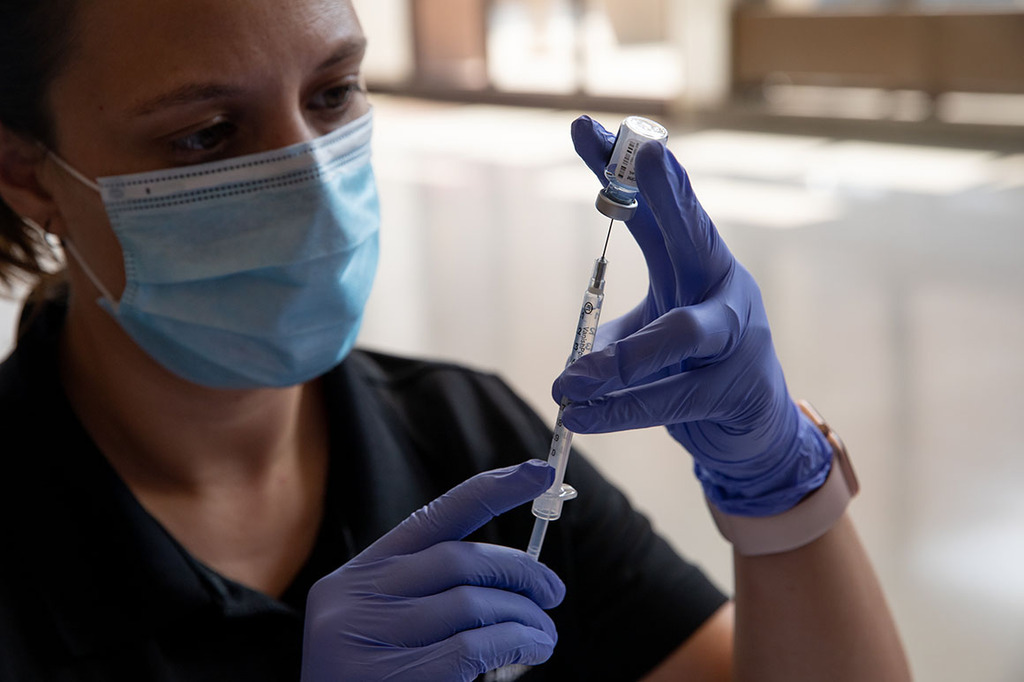 Two senior U.S. vaccine regulators who are leaving the FDA came out against giving Covid-19 booster shots to the general population now in a research paper published Monday that concludes current science on vaccine efficacy doesn't support giving third shots to most Americans.

The paper, co-authored by Marion Gruber and Philip Krause and published in The Lancet, deals a blow to the FDA and to the Biden administration just days before an external agency panel is set to review the case for doling out Pfizer-BioNTech boosters. The scientists recently announced plans to retire this fall, decisions one former agency official said stemmed in part from frustration with the administration's booster plan.

The main argument: The paper, which summarizes available trial data and peer-reviewed studies to date on the Covid vaccines, argues that despite waning immunity, the shots' efficacy "is substantially greater against severe disease than against any infection" and sufficiently protective for the general population.

"Even in populations with fairly high vaccination rates the unvaccinated are still the major drivers of transmission and are themselves at the highest risk of serious disease," wrote the authors, which also include World Health Organization scientists.

Even if booster shots were shown to lower the risk of serious disease, they said, existing supplies would be better off deployed to unvaccinated corners of the world, rather than boosting vaccinated populations, to head off the development of more variants.

"Careful and public scrutiny of the evolving data will be needed to assure that decisions about boosting are informed by reliable science more than by politics," they wrote.

The authors note that boosting may still be needed in the future if protection from the initial shots wanes, or if a variant forms that evades that protection. They also acknowledge the possible benefit of immediately boosting immunocompromised patients who may not have mounted a sufficient immune response to their initial vaccine series.

Now is the time to study variant-based boosters while the primary vaccines continue to be effective, they said, noting the similar strategy used to plan annual flu shot formulations.

Background: Some members of the Centers for Disease Control and Prevention's external advisory committee on vaccines expressed similar concerns last month about boosting the general population, suggesting the White House got ahead of government scientists in announcing plans to widely offer the shots beginning Sept. 20.

CDC officials also warned against signing off on boosters without adequate data, and the committee's chair emphasized that preventing severe disease, hospitalization and death should be the goals of the U.S. immunization program, rather than completely eliminating the virus.

The warnings: Messaging on boosters could undermine vaccine confidence, including the perceived value of the initial shot regimens, if it's not backed up by robust data, the authors said. They warned against deploying boosters too quickly, arguing there should be "clear evidence" they're safe given the already observed serious side effects like myocarditis and Guillain-Barré syndrome. If premature boosting causes serious side effects, they said, "there could be implications for vaccine acceptance that go beyond COVID-19 vaccines."

"Public health authorities should also carefully consider the consequences for primary vaccination campaigns of endorsing boosters only for selected vaccines," they said, writing such programs could be difficult to implement. CDC officials raised that prospect in last month's meeting of outside advisers, suggesting a risk-based approach focusing initially on frontline health care workers and long-term care home residents.

Crafting "clear public health messaging before boosting is widely recommended" will be a crucial part of any rollout, they wrote.

What's next: FDA's outside advisory committee on vaccines will meet Friday to discuss Pfizer's application to offer booster doses to individuals 16 and older.