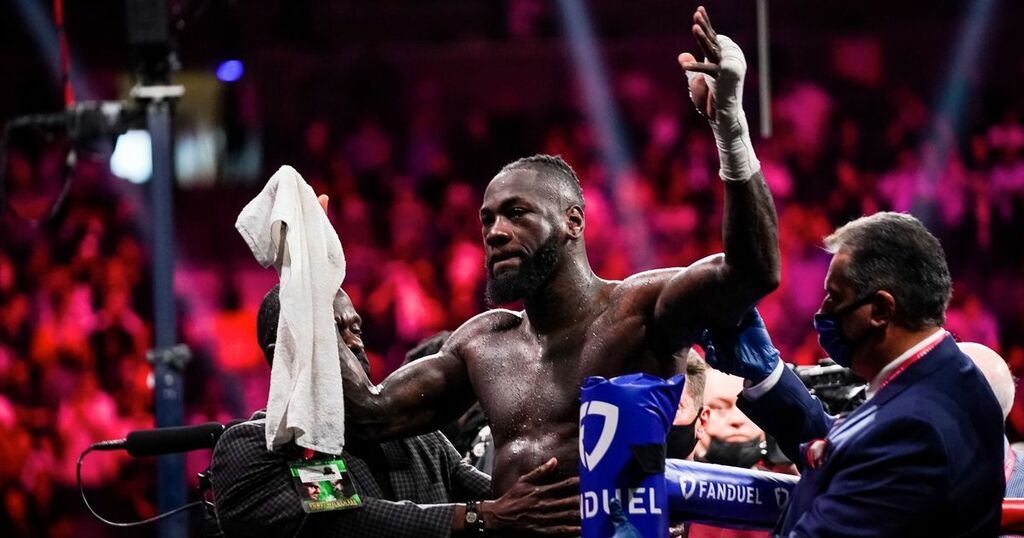 Deontay Wilder's trainer Malik Scott has confirmed the American will not retire after suffering defeat to Tyson Fury.

The 'Bronze Bomber' fought bravely in an explosive battle in Las Vegas, which ultimately ended in heartache for the second time.

But he showed his power flooring the champion twice, and making him work exceptionally hard for a late stoppage victory.

A long-term friend of Wilder, Scott has confirmed that he will remain in the ring, despite being "financially secure" from the sport.

"Deontay has set his family financially secure so he doesn't have to fight to make a living," Scott told iFL TV.

"But retiring is not in his plans at all and not something we've discussed. "He will be back in any form he wants to be," said Scott. "He's a big-time fighter and he doesn't belong down there with the other guys, he needs to be in high-level fights and main events.

"Deontay Wilder was great on Saturday, but Tyson Fury was even greater - it was a great night of boxing for the heavyweight division.

"You have to give Fury credit for having a good chin and getting up. Fury is a legend and one of the best in the heavyweight division in any era, and it's the same about Deontay."

Wilder was controlled by an excellent Fury display throughout, with the Briton outlanding the American by almost double.

And fatigue set in for the 35-year-old who was eventually flattened by a textbook right-hand from Fury to end the fight in the eleventh round.

HAVE YOUR SAY! Who will Wilder face on his heavyweight return? Let us know in the comments section

He immediately faced a trip to the hospital, after being confirmed with a broken hand by medical staff after the fight.

But he has now been released, and faces an uncertain break period from the sport to recover from another defeat.

Wilder's post-fight reaction prompted an angry response from Fury, who labelled his actions as having a "lack of respect".

But the 'Gypsy King' was in a joyous mood, and promised to celebrate before deciding his next move with Dillian Whyte lurking.

"I give him the glory for the victory. He’s a tough man. He took some big shots tonight," Fury said after the fight. "It was a great fight, as good as any trilogy in history.

"I beat him three times and I’m a sportsman and wanted to give him some love and respect. And he didn’t want to give it back. That's his problem and I pray for him.

"This was a great fight and October 9, 2021 will go down in history, I hope. I always said I was the best in the world and he was the second best. Don’t ever doubt me. When the chips are down, I will always deliver.

"And I want to say if it wasn’t for Sugar (Hill), America's and Detroit's own, I wouldn’t have gotten through that fight tonight... He told me, he said get your jab working, big guy, and throw that right hand down the middle. That's how the big dogs do it."

Whyte has been stated as the WBC mandatory challenge for Fury's belt, and a meeting between the British pair could be set up later this year.