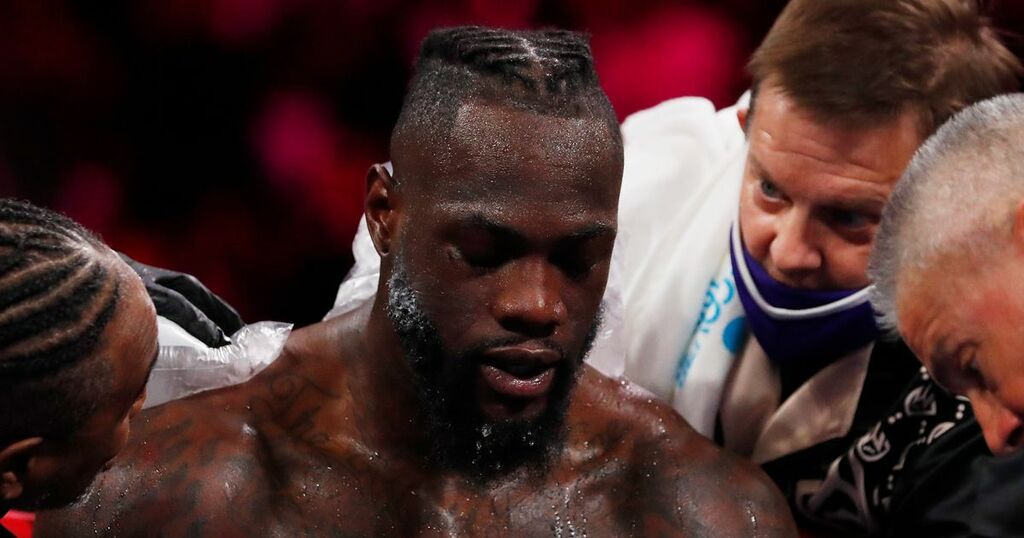 Deontay Wilder is said to be "fine" after being taken to hospital following his knockout defeat by Tyson Fury.

The Bronze Bomber was escorted to the University Medical Center for a check-up shortly after the referee called time on his epic trilogy fight with Fury in the eleventh round.

In a fight with five knockdowns, Wilder hit the canvas on three separate occasions - the knockdown in the tenth round proving to be the final blow of the bout.

Wilder appeared to be bleeding from his ear at the end of the fight and was taken to the hospital as a precautionary measure.

His co-manager Shelly Finkel has since confirmed the fighter is "fine".

Wilder spoke to the press shortly after the fight where he admitted he didn't know where things went wrong for him.

"I did my best, but it wasn't good enough tonight," he said.

"I'm not sure what happened. I know that in training he did certain things, and I also knew that he didn't come in at 277 pounds to be a ballet dancer. He came to lean on me, try to rough me up and he succeeded."

Meanwhile, Fury sang 'Walking on (Vegas)' for the crowd at the T-Mobile Arena.

During his interview, Fury said: "I give him the glory for the victory. He's a tough man. He took some big shots tonight. It was a great fight, as good as any trilogy in history.

"I beat him three times and I'm a sportsman and wanted to give him some love and respect. And he didn't want to give it back. That's his problem and I pray for him.

"This was a great fight and October 9, 2021, will go down in history, I hope. I always said I was the best in the world and he was the second-best. Don't ever doubt me. When the chips are down, I will always deliver."

Fury also accused Wilder of failing to show him respect after the bout.

The Gypsy King approached Wilder's corner following the fight but allegedly received a frosty response from the American.

Fury explained: "I said 'well done, mate' and he said 'I don't want to show any sportsmanship or respect.' I said 'No problem.' I was very surprised. Sore loser. Idiot."

He added: "He's got no love for me, Deontay Wilder, and do you know why? Because I beat him three times, but I will pray for him so that God will soften his heart."