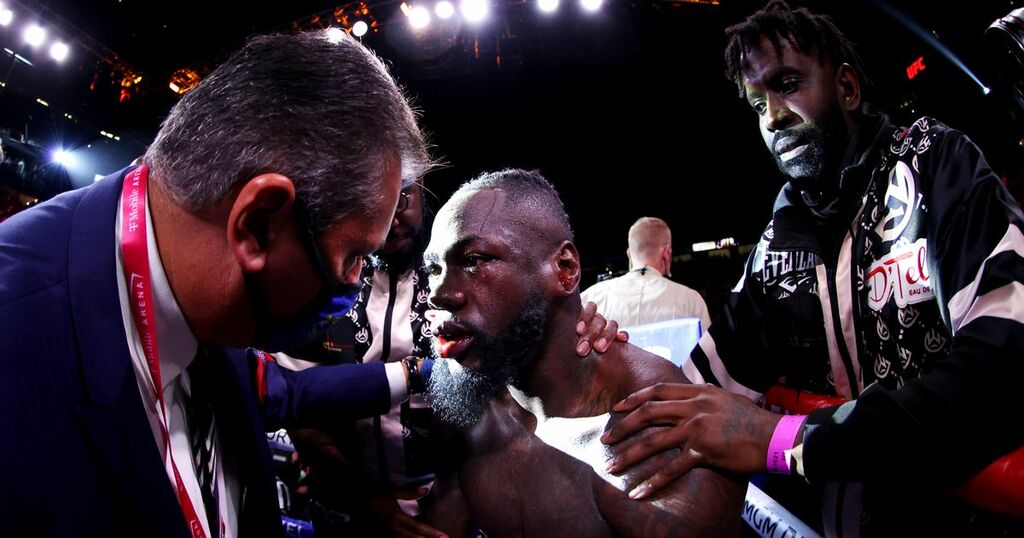 Deontay Wilder has shared some thoughts on social media with fans after Saturday night's loss to Tyson Fury and has finally offered his opponent some congratulations.

After a bitter buildup to the bout, Fury and Wilder rounded off their trilogy in style in Las Vegas, with the former winning via stoppage in the 11th round.

Both men found themselves on the canvas at the end of a bruising encounter, although the win was eventually emphatic for Fury, who also won the second fight. The first meeting between the pair ended in a draw.

While boxers will often aim barbs at each other prior to a fight, typically there is respect shown between the competitors once the final bell rings.

However, Fury said after the contest there were no well wishes from Wilder, prompting the Gypsy King to brand the Bronze Bomber an "idiot."

Wilder has eventually addressed Fury though, sharing his opinion on the contest on Twitter and reflecting on the three colossal encounters the pair had inside the ring.

He wrote: "Wow, what a hell of a night! I would like to first and foremost thank God for allowing me to give the world another part of me that’s driven with passion and determination. I would like to thank my team and my fans for sticking by my side through this long process.

"I would be lying if I said that I wasn’t disappointed in the outcome but after reflecting on my journey, I now see that what God wanted me to experience is far greater than what I expected to happen.

"We didn’t get the win but a wise man once said the victories are within the lessons. I’ve learned that sometimes you have to lose to win. Although, I wanted the win I enjoyed seeing the fans win even more.

"Hopefully, I proved that I am a true warrior and a true king in this sport. Hopefully, we proved that no matter how hard you get hit with trials and tribulations you can always pick yourself up to live and fight again for what you believe in.

"Last but not least I would like to congratulate (Tyson Fury) for his victory and thank you for the great historical memories that will last forever.”

After the second fight, Wilder and his camp made accusations about foul play from Fury, including suggestions that he had tampered with his gloves.

While those claims may have soured the relationship between the duo, this message from Wilder – as late as it may be – can offer a positive end to what were three ferocious and ill-tempered battles.

It will be intriguing to see what path both men take in the coming months, although Wilder's trainer Malik Scott has said the Bronze Bomber is keen to get back in training.