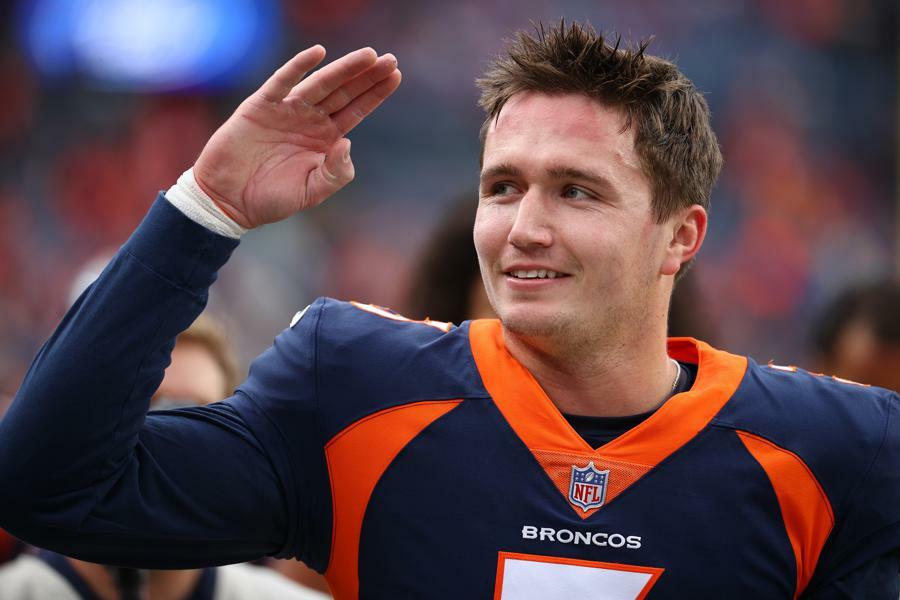 The 2021 Denver Broncos will end the season in another listless way.

As the Broncos concluded their sixth straight non-playoff season after winning Super Bowl 50, they lost yet another game they should have won versus the Kansas City Chiefs in Week 18, 28-24.

In what has summarized the Vic Fangio era, the Broncos blew another late lead — and an opportunity to close — when Melvin Gordon fumbled the game away (again) with Denver threatening to take an eight-point lead with under eight minutes remaining and the Broncos at the Chiefs’ 9-yard-line.

We know Fangio is done after three excruciating losing seasons punctuated by an inability to close out games. We know Gordon is possibly done as he becomes a free agent. However, Drew Lock has a chance.

What became apparent (again) is that Lock should have started the 2021 season. Not a journeyman game-managing quarterback in Teddy Bridgewater. The guy you drafted to be the franchise quarterback should have been given a proper chance to solidify whether or not he is actually that guy.

Lock became well-known for his turnover-prone style of play during the 2020 season, committing 18 turnovers in just 13 games. That ranked second in the NFL, behind just Carson Wentz. In fact, Lock’s 15 interceptions and his INT percentage (3.4%) also led the league.

While Lock’s passing statistics versus the Chiefs didn’t impress by any means — 12-of-24 for 162 yards and zero passing touchdowns — his ability in managing the game to put the Broncos in position to beat arguably the best team in the AFC was no small feat.

Lock ran for two touchdowns and the Broncos led for the majority of the second half before Gordon fumbled the game away.

“I learned a lot about myself and a lot about how resilient I could be,” Lock said. “I thought I had faced adversity before. But nothing like this year. When you get the playing (time) taken away from you, for the first time ever in your career, it’s different. … It lives in me and it breathes in me. It’s who I am. I’m a quarterback. I want to lead guys.”

It’s true that Lock still has to make strides in the passing game to emerge as a true starting quarterback in the league. He threw just two touchdowns all season. With a chance to tie the game on Denver’s last drive, Lock failed to thread the needle in the end zone with the Broncos threatening from the Chiefs 13-yard-line.

And to cap off the Fangio era — with a dud — the Broncos elected to kick a field goal rather than go for the touchdown on fourth down.

"Those other three teams have top-shelf quarterbacks. ... We just have to get a little bit better. ... I think the foundation is there for the franchise to close the gap," Fangio said after Denver's loss to the Chiefs.

As Fangio laid out one final jab to a quarterback he clearly never was never in favor of, all of the Broncos’ problems became magnified one again.

Fangio was coaching for his job this season. He elected to go with a quarterback (Bridgewater) that does an excellent job in not turning the ball over. Unfortunately, he does little else well when it comes to winning ball games for a team.

There’s a reason Bridgewater is playing for his fifth NFL team in five years — they know his obvious limitations. Remember, Bridgewater was traded by the Carolina Panthers to the Broncos so they could start....Sam Darnold.

The 2021 season should have determined whether or not Lock is the guy for the Broncos moving forward.

Instead, we’re left with unanswered questions regarding whether or not Lock can be that guy.

With a legitimate head coach and offensive coordinator in place for the 2022 season, maybe Lock can be that guy after all.