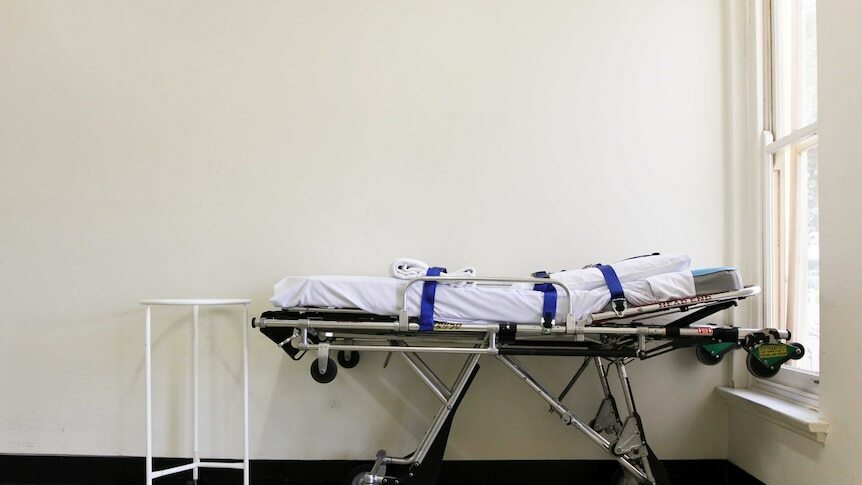 The NSW Nurses and Midwives' Association claims a lack of staff, a positive COVID-19 case and nurses declining to be vaccinated against the virus have left Deniliquin Hospital, in the state's Riverina region, in 'crisis' mode.

Registered nurse Rhonda Dixon works at the hospital and is the association's local representative.

"The day before, we had decided to close 10 beds because we cannot attract any staff," Ms Dixon said.

She said that up to 10 nurses were also no longer working at the hospital due to their vaccination status.

The MLHD said the ward affected by the COVID positive patient — who died in a Melbourne Hospital last week — had undergone a deep clean and preparations were being made for it to be reopened, which includes the allocation of additional staff.

There are now eight cases of COVID-19 in the Edward River LGA.

Last week, the MLHD confirmed extra staff had been sent from other local hospitals including Corowa, Griffith and Wagga Wagga to assist Deniliquin staff.

"In accordance with our COVID-19 outbreak management plan we have re-deployed staff from within our network of hospitals to ensure that emergency care, maternity, renal and medical services will all continue to be provided," a spokeswoman said.

Ms Dixon said she would return to work today after receiving a negative COVID test result.

Ms Dixon said the community had also provided support to the "bare bones" staff, dropping off food parcels and treats to those who have been in isolation.

Edward River Council Mayor Norm Brennan said he understood the MLHD had been trying to get agency nursing staff to the hospital.

"I know in the hospital itself they have got an extra temporary doctor to help in the emergency department, so that means there are two doctors there now during the week Monday to Friday," he said.

Ms Dixon said the experience at the Deniliquin Hospital over the past fortnight highlighted the current state of regional healthcare.

"I think it's time for the government to spend a lot more money out here and to make it more attractive for staff to come out here.  More support, more services.

"If someone goes off sick, it usually means a double shift for the existing staff.

"This is not unique to Deniliquin Hospital. Talking to my colleagues throughout the region, they all say the same thing."

Ms Dixon said with the closure of the 10 beds, the hospital had been left with 16 general ward beds and four maternity beds.

"It was a 26-bed ward before and often it was full to capacity.  Once it reaches the 16-bed capacity, the patients will have to be transferred to another facility," she said.

The lack of staff at the Deniliquin Hospital was also highlighted earlier this year as part of a NSW Upper House inquiry into regional healthcare.

Councillor Brennan praised staff at the hospital but acknowledged their recent difficulties.

The MLHD said it had identified the Deniliquin Hospital as the only facility in the district to experience an impact on its available workforce due to staff declining COVID vaccinations.

A spokesperson said that if staff chose to remain unvaccinated and vacate their role, then recruitment to fill the position would be prioritised.

The Edward River Council area has some of the lowest vaccination rates in NSW.

The latest government data shows nearly 63 per cent of eligible residents have received one dose, while 48 per cent are double dosed.

Ms Dixon said as a result of the staffing shortfall the hospital's theatre had been temporarily closed.

"Theatre staff have had to come to the ED to work. Any elective procedure was cancelled and is still cancelled," she said.

Ms Dixon said any patient needing urgent theatrical care would have to be taken to another hospital.