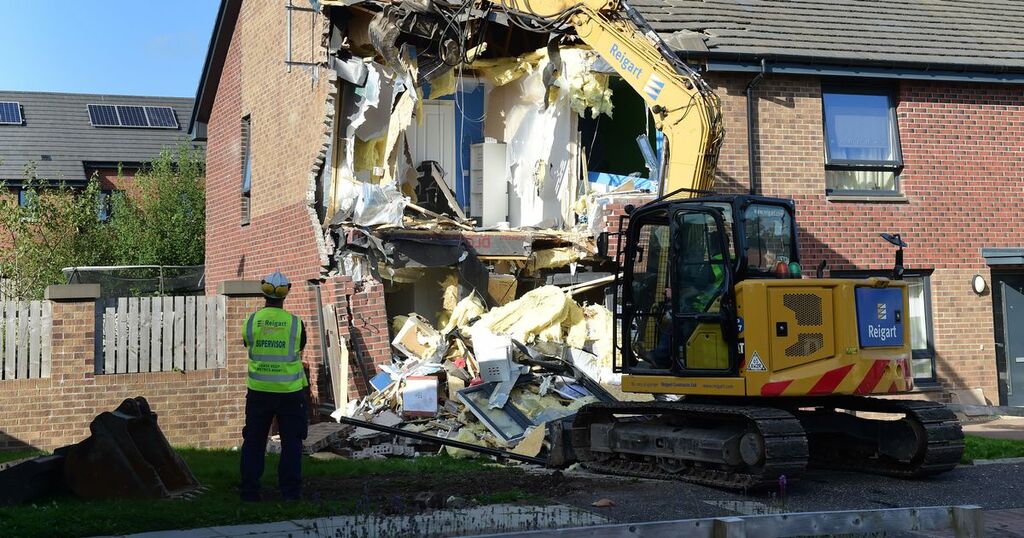 Demolition work has begun at an East Kilbride house that was badly damaged after being hit by a lorry.

A specialist contractor has been drafted in to make the semi-detached property on Lancaster Crescent safe after brickwork crumbled onto the driveway.

The internal walls and windows were also left buckled following the late night incident on Monday - which sparked a major police investigation.

Police Scotland earlier confirmed that they have arrested a 33-year-old man in connection.

Pictures from the scene on Tuesday afternoon show the yellow machinery pulling the wrecked brickwork, insulation and remaining walls down at the front of the home.

A supervisor from the firm Reigart Contracts was pictured overseeing the work which is taking place behind metal safety fencing.

Police and fire crews were first called to the property at around 11.25pm following reports of a vehicle striking the property.

A heavy goods vehicle, which is understood to be linked to the probe, was discovered in a nearby Lidl supermarket car park a short time later.

No injuries were reported.

A spokesperson for Stobart Energy said: “Stobart Energy is aware of an incident involving an agency driver and one of its vehicles. The Company is actively supporting the police investigation.”