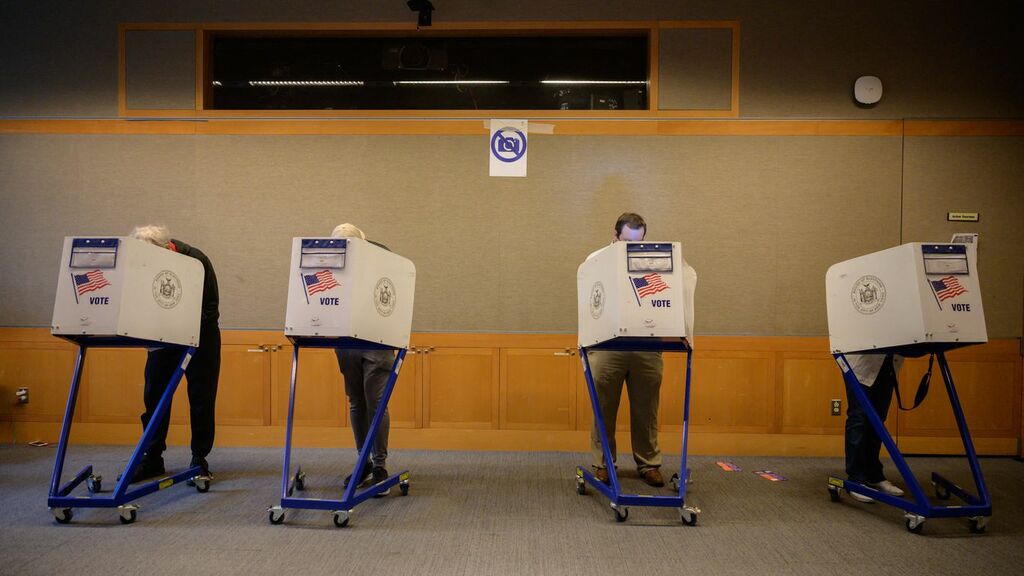 Senate Democrats on Tuesday introduced a pared-down voting bill — with support from both progressive and centrist wings of the party — aimed at expanding voter access and countering nationwide Republican-led efforts to alter election laws.

Why it matters: The Freedom to Vote Act is the product of negotiations overseen by Majority Leader Chuck Schumer (D-N.Y.) and was built from a framework put forward by Sen. Joe Manchin (D-W.Va.), whose vote is crucial to Democratic efforts to advance legislation in the chamber.

Yes, but: The measure still needs 60 votes to break the Senate filibuster, leaving Democrats in the same place they’ve been on voting rights for months, writes Axios' Alayna Treene.

The big picture: The bill includes provisions to make Election Day a public holiday, have same-day voter registration at all polling places by 2024, and ensure at least 15 days of early voting for federal elections.

What they're saying: "The right to vote is fundamental to our Democracy and the Freedom to Vote Act is a step in the right direction towards protecting that right for every American,” Manchin said in the press release.