Democratic lawmakers are stepping up efforts to establish “sanctuary states” for reproductive rights in response to the Supreme Court ruling that ended nearly half a century of federal legal protection for abortion.

The overturning of Roe vs Wade on Friday triggered automatic abortion bans in 13 Republican states, with a further 13 expected to pass their own bans in the coming weeks.

However, pro-choice legislators had been preparing for the Supreme Court’s decision by proposing or passing legislation to codify abortion rights and legal protections in America’s Democratic-run states.

The moves add to an increasingly complex patchwork of abortion rules across the US based on party lines, opening the door to legal wrangling between states and the federal government.

“I can envision major clashes between the federal government and states,” said Neal Katyal, former US solicitor general and partner at law firm Hogan Lovells.

Katyal cited potential litigation over whether anti-abortion states can criminalise anyone who helps a woman terminate a pregnancy in another jurisdiction. “That would be a clear violation of the right to travel but it will require litigation and messy court cases,” he said.

Some Republican state lawmakers are also exploring clamping down on out-of-state telemedicine providers to prevent them from providing advice and abortion medication to their citizens, according to Katie Keith, associate research professor at Georgetown University’s Center on Health Insurance Reforms.

“The [legal and practical] challenges here are unprecedented in scope,” Keith said. “This is going to be pretty untested going forward.”

In May, Connecticut signed the Reproductive Freedom Defense Act into law, providing new legal protections for patients seeking abortion care in the state arriving from jurisdictions that have outlawed the procedure.

The law expanded abortion access in Connecticut by increasing the types of practitioner eligible to perform certain abortion-related care. It also created legal protections for citizens against extradition to states where abortion is now illegal, even offering legal defence services and financing for anyone being sued.

“Undoing Roe will set off an unprecedented amount of uncertainty and put states in legal battles with each other in a way that is similar to the darkest days in our country’s history,” Matthew Blumenthal, a Connecticut representative who sponsored the legislation, told the Financial Times.

Blumenthal was referring to the fugitive slave laws, where southern states fought northern states to return those who had escaped slavery. In response, northern states passed “liberty laws”, to ward off extradition.

Blumenthal said Connecticut’s law was designed specifically to thwart lawsuits, extradition requests and even bounties emanating from states where abortion is now illegal.

Texas, Missouri and Idaho have passed bounty laws that offer financial incentives to citizens bringing lawsuits against healthcare providers conducting abortions. Connecticut’s new law, however, makes it easier to countersue, an effort Blumenthal said was meant to deter people in those states from bringing the suits forward.

“It is not where I expected us to be as a country,” said Blumenthal. “The idea that we are passing these laws is shocking, but they are purely defensive.”

Many other blue states have been taking measures since early May, when a draft of the Supreme Court ruling was leaked to the Politico news site. In cities from Washington to Chicago and Seattle, similar sanctuary legislation is making its way through state legislatures.

California governor Gavin Newsom signed a bill on Friday designed to protect both patients and local healthcare providers from civil lawsuits based on other states’ laws. He was joined by the governors of Oregon and Washington state in signing a commitment to enshrine abortion rights across the West Coast.

According to the commitment, the three states will not comply with out-of-state investigations or arrests based on external abortion laws, and refuse extradition of those who have travelled to the states for legal reproductive healthcare services, for example. The states also vowed to expand access to abortion medication and telehealth for reproductive services.

Newsom has previously proposed a $125mn package to expand access to abortion healthcare.

In New York, assemblyman Charles Lavine has proposed the Geraldine Santoro Act to offer travel and medical care for out-of-state travellers seeking an abortion and a $15mn fund to support such services. The act, named after a woman who died in 1964 from an unsafe abortion, seeks to mitigate the impact of the Supreme Court ruling, particularly on poor and minority populations.

“This is all a start. We anticipated what [Supreme Court justice Samuel] Alito was going to do and took whatever steps we could in short order to provide protections,” said Lavine. “Never before in our history has our Supreme Court stolen a constitutional right of Americans.”

Nevertheless, experts warn that abortion providers may struggle to cope with the influx of women coming from other states seeking care if the flurry of Republican state legislation is passed. “The existing clinics and providers are already underfunded and under-resourced even in a protected state,” said Keith. “It’s going to be crushing.”

Organisations such as Planned Parenthood, a non-profit organisation that is the largest provider of abortion care in the US, are also now preparing legal challenges to forestall immediate abortion bans.

On Saturday, Planned Parenthood of Utah filed a restraining order against the state’s abortion ban, which was passed in 2020 and took effect this week. Without the appeal, the organisation said, more than 50 women in the state would not be able to obtain abortions this week.

“Should the trigger ban remain in effect, thousands of Utahns will be forced to either carry an unwanted or dangerous pregnancy to term or travel out of state to obtain abortion care,” said the organisation.

“There is strong anger out there,” Hochul added. “It is not a Democratic issue . . . Women just want to make their own decisions. To have the government tell them that they cannot is shocking.” 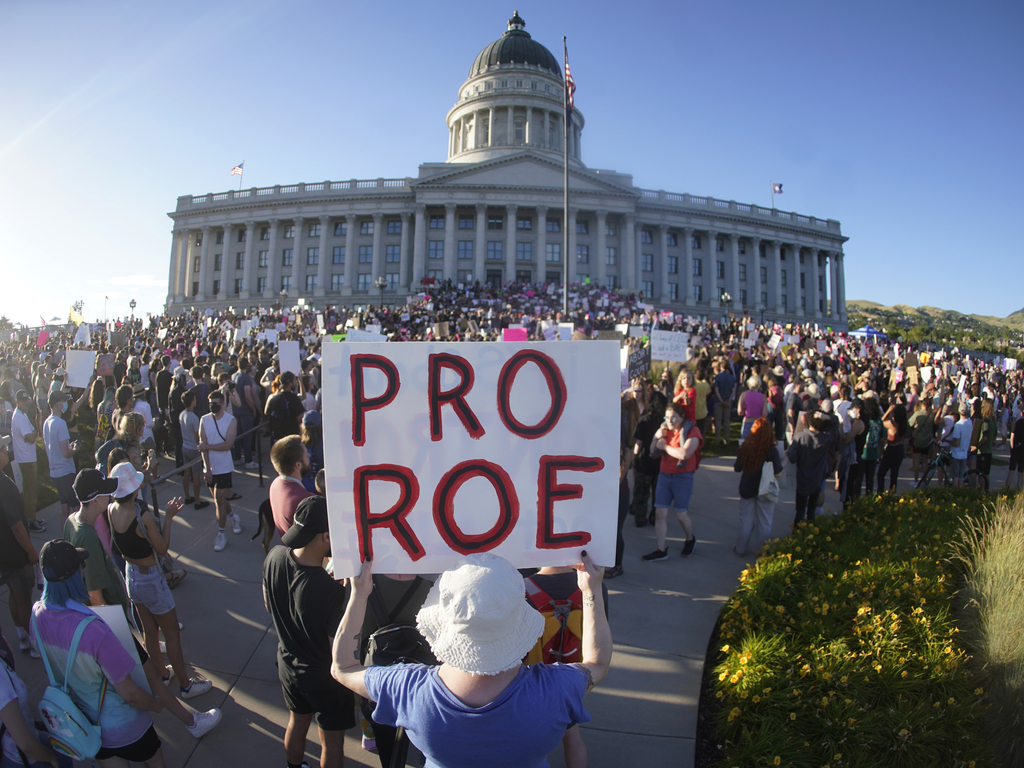 The Independent UK
More than half the US could ban abortion without Roe v Wade. These states are protecting access

Fifteen states and Washington DC have codified abortion protections into law while other states are criminalising care, creating a patchwork…