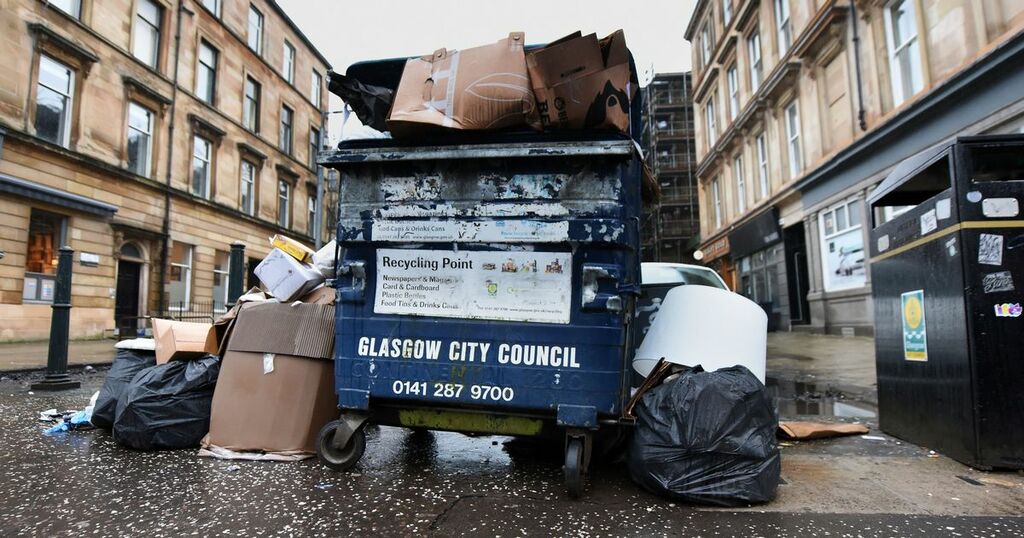 A demand for more refuse collectors to help tidy up Glasgow has been issued by the GMB, who branded the council's response to the problems as "smoke and mirrors".

Trade unionists are now demanding “justice for Glasgow” and for the local authority to put an end to the problems blighting the city's streets by employing 100 new road sweepers, 100 extra refuse collectors and to reinstate back court teams - a service the city had years ago.

They are also asking for the £35 bulk uplift charge to be scrapped as well as the removal of the three-weekly bin collections which they claim has heightened the problem within Glasgow.

Members of the GMB say they feel let down by the city council who failed to remove the bulk uplift charge last week during a debate at full council but instead instructed the leader to work with the trade union to resolve the problems they face on a daily basis.

Chris Mitchell, GMB Convenor, said : “The GMB Branch 40 is totally disappointed by the decision made by the SNP with regards to not lifting the bulk charges for the residents of the city. This was their chance to clear the city of the fly tipping crisis.

“It is the view of the council that the recycling rates are going up because of the 14 week period it takes to deliver a new blue bin.

“The real truth of the matter is you do not pay for a recycling bin - it's free but you must pay for an extra green bin so the public are using the blue bin for their general rubbish because they are struggling with waiting three weeks for a collection.

“Smoke and mirrors are the only words I can describe this current situation we face in Glasgow.”

Last week the majority of councillors agreed that Glasgow and Scotland required legislative change to deal with fly tipping and for an urgent review to be carried out to see how the council delivers its enforcement work.

Labour and the Greens gained support from the SNP for their proposal which will see a review into changing bulk uplift charges in the future with a report on that issue to be brought back to an environment committee.

Glasgow City Council has previously branded the GMB's rat register, which encourages people to record any rat sightings throughout the city online, as a "waste of time" that only spreads fear and negativity.

A spokesman for the council said: “We aware of the points being made by the GMB after they were conveyed to us in a recent meeting.

“A council motion that considered bulk charging and fly-tipping enforcement among other issues was passed at the Full Council meeting last week.

“The motion also committed the council to meet with the union and we intend to arrange a meeting with them prior to the next Full Council meeting on October 28.”