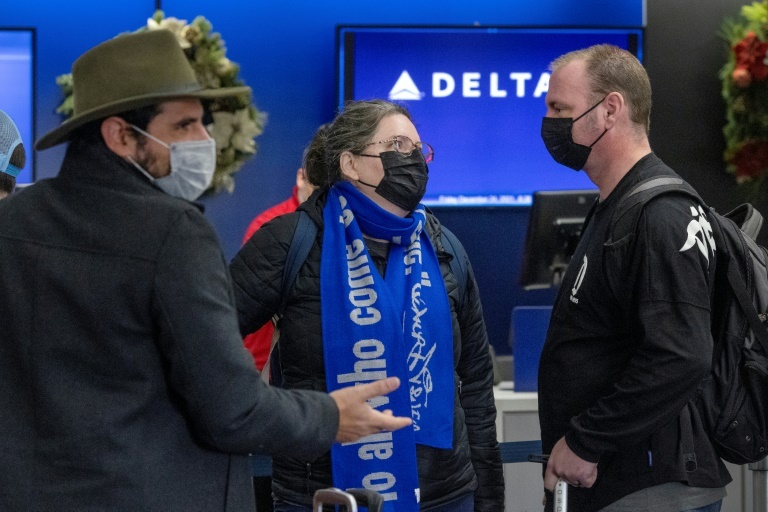 New York (AFP) - Delta Air Lines said Thursday it was past the worst of the Omicron Covid-19 surge as it projected a strong spring travel season while reporting a fourth-quarter loss.

The big US carrier, the first airline to report results, said operations had essentially recovered after the industry canceled thousands of December flights during a holiday-season Covid-19 outbreak in which thousands of employees could not work because of the virus.

"Omicron is expected to temporarily delay the demand recovery 60 days, but as we look past the peak, we are confident in a strong spring and summer travel season with significant pent-up demand for consumer and business travel."

Bastian told CNBC that about 8,000 employees had caught the virus, but had recovered.

"There's been no significant issues" with health effects, he said."But it knocked them out of the operation for a period of time."

Delta reported a loss of $408 million in the quarter on revenues of $9.5 billion, which are down about 17 percent from the equivalent period of 2019.

Bastian told CNBC the airline would adjust if there is a "superspike" in oil prices, as some analysts have warned is possible.

"We've seen it in the past," Bastian said of higher oil prices.

"We've figured out what we have to do to be able to recover, that it ultimately comes down to pricing.You need to be able to put a product and service that customers are willing to pay for.It includes all the prices of oil and all the costs of delivery."