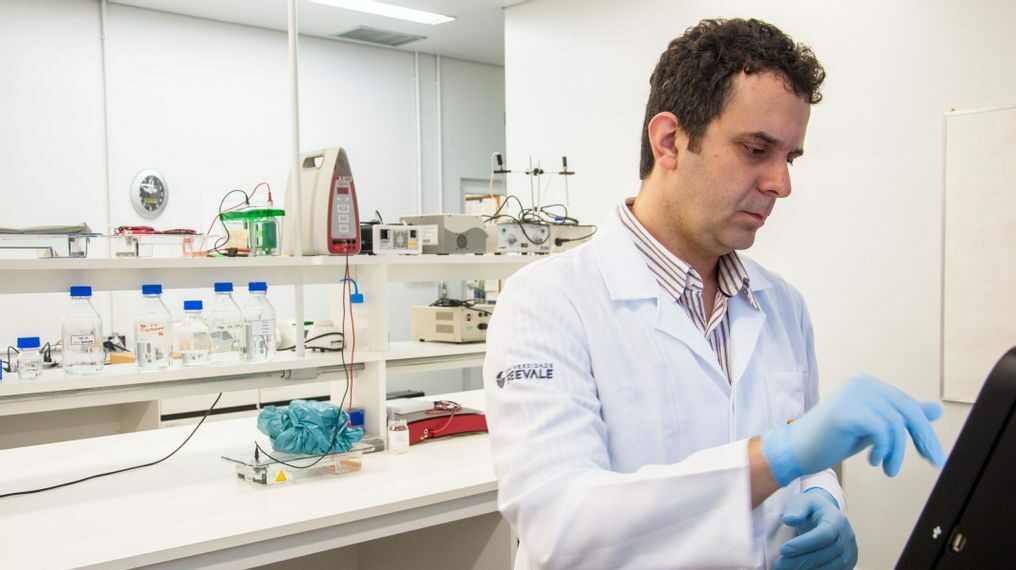 In the state capital, 286 seniors over 60 were hospitalized in August.

“They were older people who had not been vaccinated. There is a very high infection rate in this age group and also in some people who have been immunized,” he said.

He also said that, given the spread of the Delta variant, the government has accelerated Rio de Janeiro’s vaccination campaign. “We are applying 450,000 doses every week and evaluating, along with the Ministry of Health, a possible third dose for elderly and immunosuppressed people.”

“In just under two months, Delta has outpaced the state-predominant B1 variant. From a transmission point of view, it is a more aggressive variant, and we are taking the necessary steps [to fight it]. If the epidemiological scenario worsens, or if there is an important change, we can intensify the protective measures. … If the indicators intensify, the measures may range from prohibition of some activities to school closures,” he said.

The Delta variant accounts for most COVID-19 cases in the state of Rio, according to Chieppe.

“The variant has already reached 65 percent of the municipalities, and we expect to have the same percentage of seriously ill patients and deaths [than with other strains],” he said. With a few months in office, Chieppe is Brazil’s fifth Secretary of Health since the start of the pandemic in March 2020.

Rio de Janeiro’s Mayor Eduardo Paes said on August 20 that the city has set a record for COVID-19 cases this year with the Delta variant and extended some restrictions until August 30.

“Never before have we had so many COVID-19 cases in Rio,” Paes said at a press conference for the publication of Rio’s “33rd Epidemiological Bulletin.”

“Within the Brazilian states, we had seen that the outbreak begins in more populated regions, in this case, the cities of Rio de Janeiro and Brasília,” Dr. Fernando Spilki, a virologist and researcher at University of Feevale in Novo Hamburgo, told Zenger.

“In addition to the slow vaccination pace, the authorities had relaxed the measures to stop the Delta variant’s rapid spread,” he said.

Rio de Janeiro is already approaching its limit, with 95 percent of its Intensive Care Unit capacity and 89 percent of hospital beds occupied, he said.

While some people worry about the speed at which the Delta variant spreads, others seek a return to normalcy.

“At the beginning of the pandemic, I was so scared … that I traveled to Rio Grande do Sul to be with my mother and my sister and stayed there for seven months. When the number of cases shrank in Rio, I returned to the city. I was super stressed and doing what I could to avoid contracting COVID-19. Unfortunately, I ended up getting the Delta variant,” said journalist Adriane Gazzola, 49.

Gazzola believes she got infected during a medical consultation in July.

“That was the only time I took off my mask. … I believe I got infected there because I don’t go to bars or restaurants, and I follow all the sanitary measures,” Gazzola said.

Gazzola had already received both doses of the vaccine, so she recovered from the disease.

Roberta Carvalho, 44, a human resources manager in a startup company, said her routine has not changed with the spread of the Delta variant.

“My team and I were working 100 percent from home and … we are returning to in-person activities. Many people are quite scared, but we continue with our normal life because we all had received the vaccine’s second dose,” she said. Carvalho already had COVID-19.

In the state of Rio Grande do Sul, the new strain has been spreading widely. The Oswaldo Cruz Foundation estimated that the Delta variant accounted for 15 percent of the cases at the beginning of August. However, researchers at University of Feevale in Novo Hamburgo collected 86 coronavirus samples in 12 Rio Grande do Sul cities and identified the Delta variant in 25 percent.

“At a certain point in time, 98 percent of the samples collected in Rio Grande do Sul were of the Gamma variant [former P.1 identified in Brazil]. It is a highly contagious strain capable of causing severe illness. The difference is that the Delta [B.1.617.2, identified in India] is more infectious than the Gama, in some cases reaching up to twice the infection rate. However, it does not appear to cause severe illness and does not have the high degree of lethality that we saw with the Gama,” virologist Spilki told Zenger.

Feevale’s Molecular Microbiology Laboratory confirmed the presence of the Delta variant in samples of genetic material from patients ages 10 to 93 collected from June 15 to August 9 in the municipalities of Canoas, Estância Velha, Garibaldi, Novo Hamburgo and Porto Alegre.

“If Brazil sees an increase in the Delta variant cases, as has happened in other countries, it will be necessary to set higher vaccination goals. Previously the plan was to get 70 percent of the population immunized with the second dose. But now researchers are talking about the need to raise the number to 90 percent,” said Spilki.

In 21 municipalities of Rio Grande do Sul, there are already 66 confirmed cases of the Delta variant, according to the State Health Secretariat, while 95 probable cases are still awaiting results.

Brazil’s Health Ministry has limited the information on COVID-19 cases throughout the country. To make up for the lack of data, the media consortium formed by Folha SP, UOL, O Estado de S. Paulo, Extra, O Globo and G1 collects information from the Health Secretariats and jointly publishes figures on deaths and infections. So far, the consortium has reported more than 575,000 deaths related to coronavirus in the country.