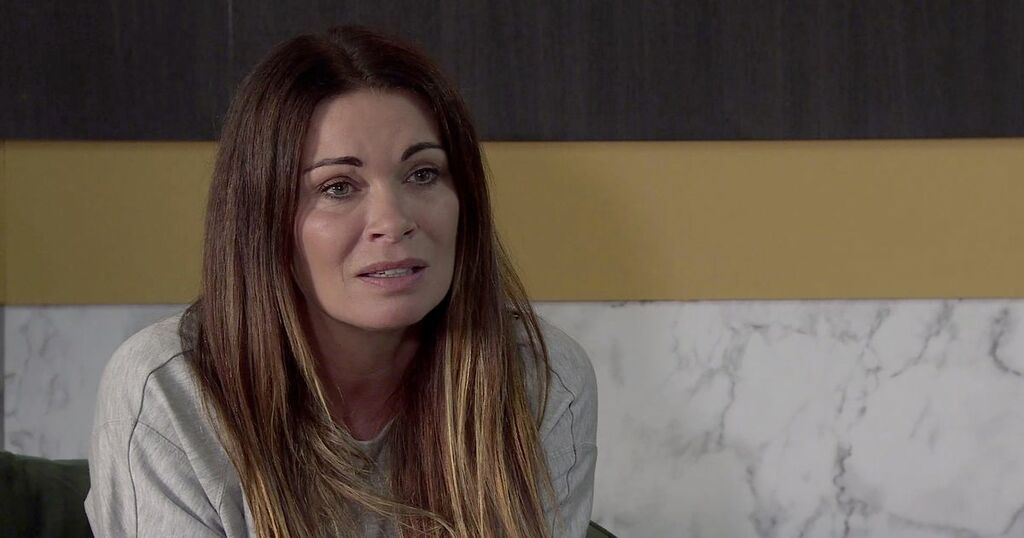 Amid blackmail plots and cheating, Coronation Street fans were delighted to see the return of one popular couple to the cobbles.

Carla and Peter Barlow have been off-screen for quite a while but they finally returned during Wednesday night's double bill of the ITV soap.

Underworld boss Carla was seen getting back to business and enlisted the help of her dad Johnny.

Johnny was seen telling Carla he feels his life has lost its purpose but was thrilled when she offered him a consultancy job at the factory.

But as he chats to an old business contact with Carla at the Bistro, he is shocked to a glammed-up Jenny walk in with new love interest Leo.

He soon makes excuses and gets out of the meeting leaving Carla to charm the client with Beth Tinker.

Elsewhere, Peter was seen comforting Toyah in Victoria Gardens after Imran crushed her with the news he had cheated - and was being blackmailed into helping Harvey Gaskell get out of prison.

While Toyah didn't tell Peter everything Imran had done, she did tell him he had slept with someone else.

Peter was quick to tell Toyah to give Imran a chance, referencing Carla's own one-night stand with Adam Barlow.

But Toyah was also eager to point out that they once had an affair - and Toyah left her husband for Peter.

Fans, however, were grateful to see them back.

"Corrie time and the return of our king and queen.. peter and carla. Very excited to see their beautiful faces again," tweeted one.

Another said: "carla and peter bring me so much happiness i can’t even explain it my absolute happy place #corrie."

"Great to see some scenes with Carla & Peter in tonight's eps #Corrie," a third added.

Another cheered: "Carla and Peter on my screen againnnnn #Corrie omfgggg I missed them so much!!!!"

However, Corrie fans know soaps too well. And know that heartbreak or disaster is often around the corner.

So much so, they may have spotted a problem with Peter and Toyah.

"Whatever you do Toyah, don't be stupid and make a move on Peter," tweeted one.

Another said: "Omg please don't tell me Toyah will sleep with Peter. She's been there and done that."

Peter, however, also caught viewers' eyes as the last time he was on screen he was recovering from his liver transplant.

And they were majorly distracted.

"Can we just appreciate how fit Peter Barlow is looking tonight #Corrie," a third shared.

A fourth added: "I’m actually obsessed with peter ,i’ve never been so excited to see him back on our screens #corrie."