At the Safdarjung Observatory, Delhi's base station, the maximum temperature rose to 45.6 degrees Celsius, five notches above the normal and the highest this year so far.

Notably all the weather stations recorded a heatwave day.

The neighbouring Gurgaon recorded a scalding temperature of 48.1 degrees Celsius, the highest since May 10, 1966, when the city logged 49 degrees Celsius.

Weather forecasters said a cyclonic circulation over Punjab and Haryana will induce pre-monsoon activity that will provide some relief from the intense heat on Monday and Tuesday.

The Indian Meteorological Department (IMD) said a thunderstorm or a dust storm is likely in the national capital on Monday.

With scanty rains owing to feeble Western Disturbances, Delhi had recorded its second hottest April this year since 1951 with a monthly average maximum temperature of 40.2 degrees Celsius.

A heatwave at the end of that month had sent the maximums soaring to 46 and 47 degrees Celsius in several parts of the city.

Delhi received a minuscule 0.3 mm of rainfall in April against a monthly average of 12.2 mm. March saw no rainfall against a normal of 15.9 mm. The IMD had predicted above-normal temperatures in May.

Based on absolute recorded temperatures, a heatwave is declared when an area logs a maximum temperature of 45 degrees Celsius.

A severe heatwave is declared if the maximum temperature crosses the 47-degree Celsius mark. 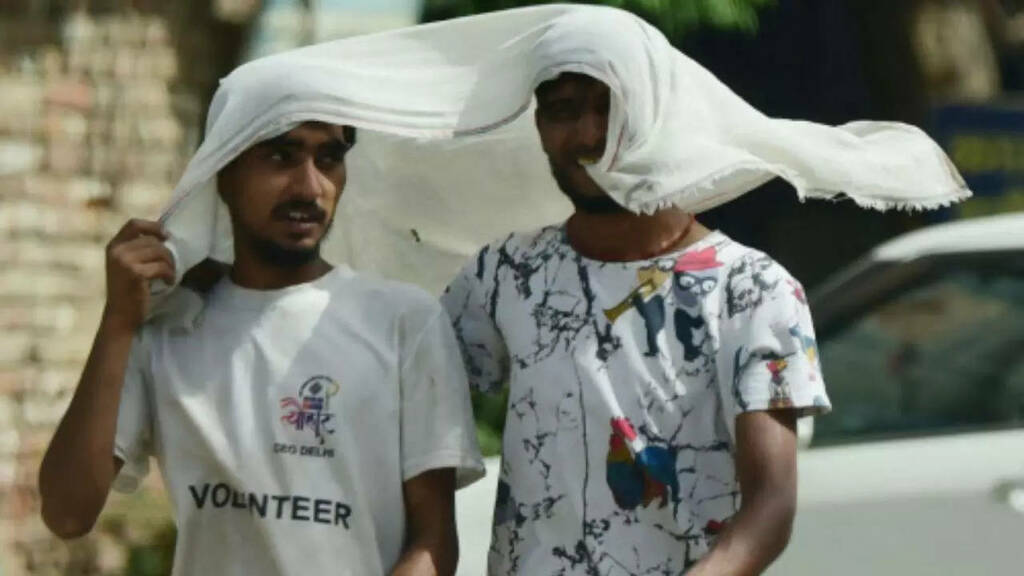 Delhi turns into hot cauldron; mercury leaps to 49 deg Celsius in parts of city
NEW DELHI: A tormenting heatwave swept through the national capital and its neighbouring areas on Sunday with the mercury leaping…

The Times of India
One subscription that gives you access to news from hundreds of sites
Delhi heatwave alert: Temp soars over 47 degrees on Saturday; likely to rise further tomorrow

The weather agency has predicted that the mercury is predicted to touch the 45-degree mark on Sunday.&nbsp;.In some places, the…