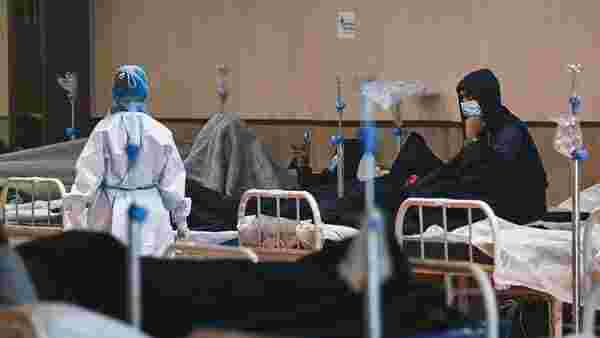 Delhi reported 24,383 new cases with positivity rate of nearly 31% in the past 24 hours, according to the bulletin issued by health department.

The city also reported 34 deaths in the same period.

However, the national capital reported 26,236 recoveries, more than the fresh cases. with this, the active cases have come down to 92,273.

On Friday, Delhi had reported 28,867 cases, the sharpest single-day spike since the beginning of the pandemic, and 31 deaths while the positivity rate went up to 29.21%.

Today, Delhi Chief Minister Arvind Kejriwal said that Covid cases are rising fast in the national capital but there is no reason to worry. He asked people to be responsible and assured them that the government has made all preparations and there are enough hospital beds. "There is no need to panic. Cases are rising fast and there is no two ways about it. The Omicron variant is quite transmissible and infectious," Kejriwal said.

The chief minister said that despite the rise in cases and the increase in positivity rate, which has crossed 29%, the hospitalisation rate and deaths are quite low. "We have made all the preparations and there is no shortage of beds," he added.

Delhi Health Minister Satyendar Jain has been saying that the hospitalisation rate has become stagnant which is an indication that the current wave has plateaued. According to him, 75% of the people who died due to coronavirus were unvaccinated and 90% of the people had comorbidities.