NEW DELHI: The flames may be out, but smoke continues to rise from the mound of garbage at Bhalswa landfill in north Delhi three weeks after a fire broke out there. Civic officials claimed that the smoke was due to the smouldering in the heaps of garbage being dumped every day, not in the legacy waste.

“A major concern is that when the landfill smoulders for a long time, toxic emissions increase. When Bhalswa landfill caught fire, the impact of the combustion on air quality was reflected in the readings from the nearby monitoring stations,” said Anumita Roy Chowdhury, executive director, Centre for Science and Environment. “Also, since it is a dumpsite with mixed waste, the smouldering remains of a fire has a far more adverse effect on the health of local communities.”

"The fire at the landfill site has become a serious health-hazard for those living in nearby areas, especially in a city already ravaged by pollution. One shudders to think about the effect of the poisonous fumes on their bodies in the past three weeks. Authorities should try their best to put out the fire as quickly as possible.-Timesview"

In fact, the air quality in the region, which has localities like Burari, Jahangirpuri, Rohini, Bawana and Alipur, has been mostly in the very poor category all these days.

According to the officials, 5-6 acres of the 70-acre landfill is covered in smoke due to the daily dumping of unsegregated urban waste and the subsequent formation of methane gas. “The areas under the north corporation generate 4,500 tonnes of waste, around 50% of which reaches Bhalswa with the rest sent to the Narela-Bawana landfill for processing. The 2,230 tonnes dumped at Bhalswa is mostly wet and forms methane which catches fire at high temperatures,” claimed V K Gupta, director-in-chief, Bhalswa landfill. The waste sent to the Narela landfill — the only engineered sanitary facility in the city – is converted into compost or used in power generation.

Officials claimed that they have been trying to extinguish the fire fully using the internal water sprinklers. The landfill caught fire on April 26, but despite all the efforts since then, a part of the landfill has continued to smoulder and the smoke is affecting the region's air quality.

In April, Delhi environment minister Gopal Rai has advised officials to replicate the gas sucking system installed in the landfill in Mumbai to prevent fires. However, Gupta said, “A few years ago we explored this technique but the National Green Tribunal denied its installation. The aim is to treat the entire mountain of garbage, so we are developing a scientific facility that will process the municipal waste. Once that facility is ready, we will finish the work on the legacy waste at Bhalswa and clear the landfill by 2024.”

Gupta said so far 24 lakh tonnes of the 80 lakh tonnes of legacy waste had been processed. Inert waste constituted 50% of the treated material, municipal solid waste accounted for 30% and the rest was construction waste. 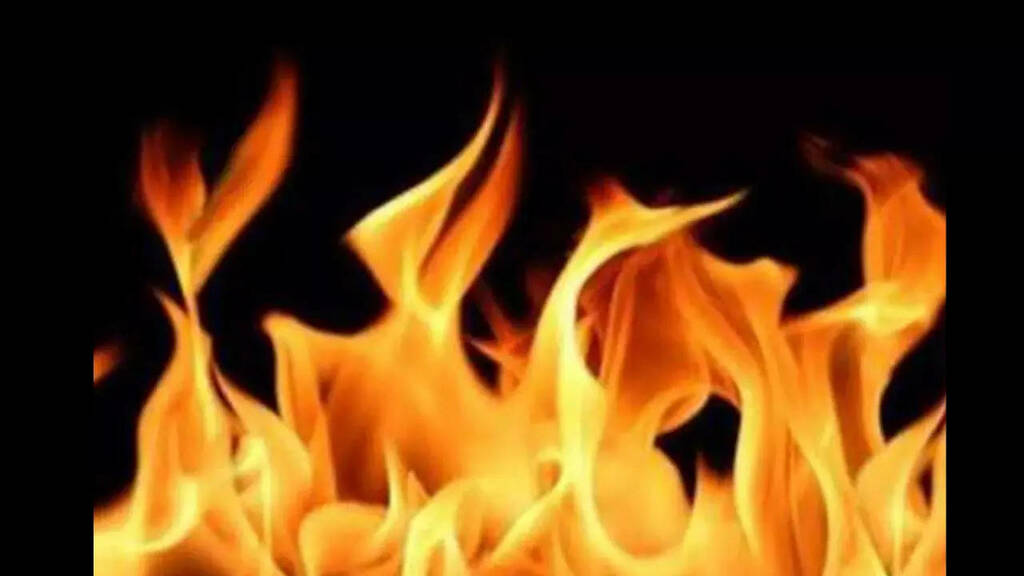 Delhi: Fire in plastic factory at Narela, no casualty
NEW DELHI: A fire broke out at a plastics factory in the Narela Industrial Area on Monday, officials said, adding…

The Times of India
One subscription that gives you access to news from hundreds of sites
Narela blaze: Operation to douse fire continues, likely to be over soon

Dynamite News
Delhi: Rs 15 lakh and Rs 10 lakh to kin of 2 who died when mountain of shame crashed