Defense Minister Gantz leaves for US, will meet with Austin, Sullivan

Defense Minister Benny Gantz will leave for his visit to the United States on Tuesday, the Defense Ministry announced.

Gantz is set to meet with the US National Security Advisor Jake Sullivan and US Secretary of Defense Lloyd Austin in Washington.

"I will discuss with them the issue of increasing security cooperation and addressing the region's challenges – especially Iran," Gantz noted, according to Israeli media, adding that he also planned on discussing the ongoing Russian invasion of Ukraine.

In addition, he will take part in two events with bereaved families, one at Beit Emet Synagogue in Miami and the other in New York.

Earlier Tuesday, Gantz announced that Iran is currently trying to complete the production and installation of 1,000 advanced IR6 centrifuges, including at a new underground facility being built near Natanz.

"Iran continues to accumulate irreversible knowledge and experience in the development, research, production and operation of advanced centrifuges,” Gantz said.

According to the defense minister, Tehran is a few weeks away from accumulating enough fissile material sufficient for one nuclear bomb.

Iran, he said, is preventing access by the International Atomic Energy Agency (IAEA) to its production system. It currently holds 60 kg. of enriched material at 60% and produces metallic uranium at the enrichment level of 20%.

Gantz said that one of the lessons from the war in Ukraine is to “exercise economic, political and, if necessary, military force as early as possible, and perhaps in this way to prevent wars. The same is true of the situation we are in with Iran.”

This is a developing story.

Anna Ahronheim contributed to this report. 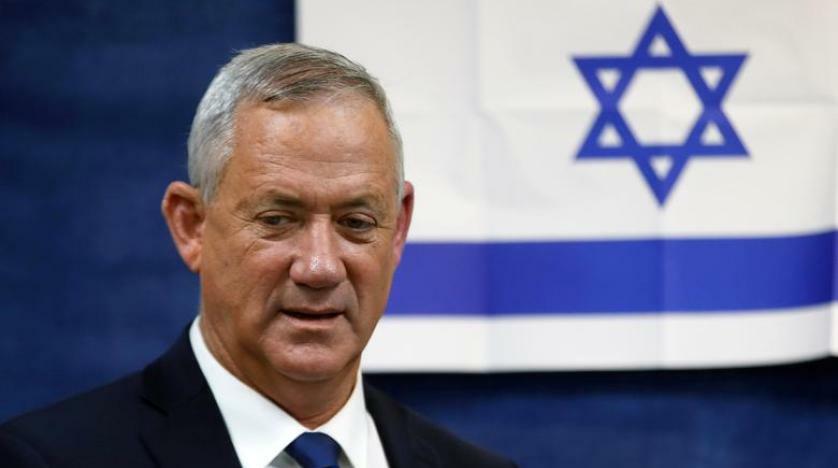 Asharq Al-Awsat
One subscription that gives you access to news from hundreds of sites
Iran is completing production, installation of 1,000 advanced centrifuges - Gantz

Tehran is at 20% enrichment level, preventing IAEA access • Gantz confirms drones shot down in February by US fighter…

Gantz’s visit comes as the talks between the United States, Iran and Western powers over Tehran’s nuclear program are at…