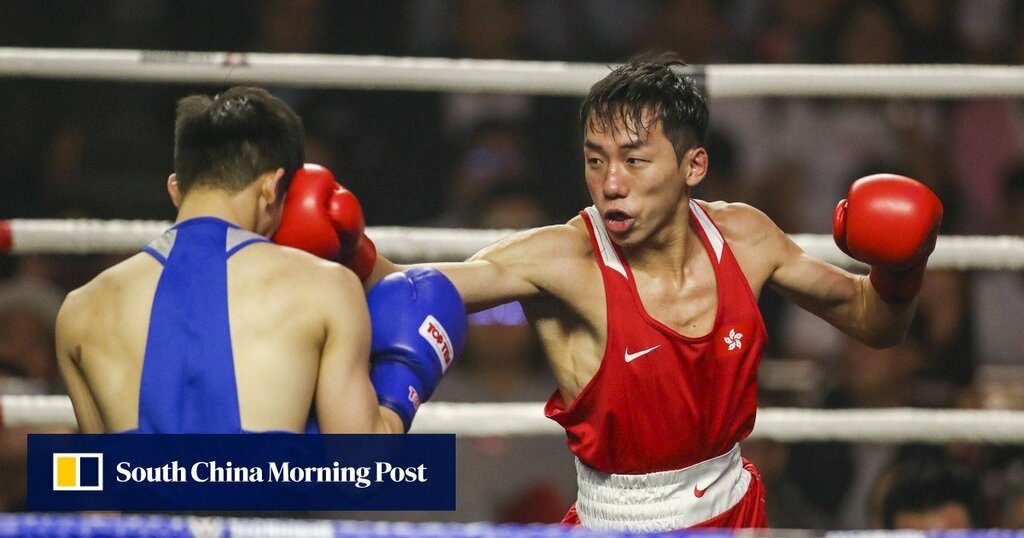 Hong Kong is still awaiting its first medal at the 14th National Games after boxer Rex Tso Sing-yu was eliminated in the round of 16 in the men’s 57kg in Shaanxi, along with the defeat of Olympic bronze medal-winning track cyclist Sarah Lee Wai-sze in the women’s team sprint.

Fighting his first bout in 18 months after losing in the Tokyo 2020 Olympic Games qualifiers last year, Tso, 34, found his return to the ring to be a harsh reality check.

All five judges gave the win to Wang Xinyan of the Coal Mining Sports Federation by a points decision.

Four of the judges gave Wang an identical 30-27 win by points after three rounds while the fifth, who gave Tso a win by points in the second round, awarded the mainlander a narrow 29-28 win over Tso.

The top 16 boxers from all over the Mainland qualified for the finals in Shaanxi but Tso was exempted as a Hong Kong athlete and handed the 17th entry.

He was given a bye in the first round and needed to win the next two rounds to reach the semi-finals where a medal would be guaranteed as there is no fight for bronze.

“Sorry for disappointing the fans with the result but it’s a good learning experience,” Tso said after his loss.

“I expected the style of the opponent – high frequency of attack with a lot of movement and no heavy punches – but I am still trying to get used to this kind of amateur style. I will have to improve my defence when I come back to Hong Kong as I will have to prepare for the World Championships and next year’s Asian Games.

“I felt a bit tense in the warm up after such a long absence from competition but once the bout started, I put everything behind and focused on the fight,” he added.

In track cycling – where the event took place in Luoyang, Henan province, rather than in Shaanxi – another 34-year-old Hong Kong athlete suffered an early exit as Sarah Lee and her partner Yeung Cho-yiu were eliminated in the team sprint after the qualifiers.

The Hong Kong pair ranked 10th out of 12 teams after finishing the two-lap race in 34.242 seconds. Only the top eight pairs advanced to the first round with China’s Tokyo Olympic gold medal winning team topping the qualifiers in 32.582 seconds.

It was the same fate for Hong Kong’s two pursuit teams in the qualifiers.

“Three members of our women’s team need to go through a 21-day quarantine after flying over to Shanghai from Tokyo when they completed the Olympic Games,” said Alex Wong Chi-yu, executive director of the Cycling Association.

“They only resumed training early this month and apparently there are plenty of room for improvement as their first 1,000 metres result was behind the opponents. They went well in the remaining 3,000 metres but could not recover the shortfall in the first quarter of the race.

“The team events are not our targets as Sarah Lee will get into full gear of the two remaining sprinting events – sprint and keirin while the men’s and women’s omnium and the madison races are also our medal hopefuls.”

Lee will start in the sprint on Saturday in the qualifiers with the event covering three days before the final scheduled for Monday while the keirin will complete in one day on Tuesday. The women’s omnium, where Hong Kong is represented by the up and coming Lee Sze-wing, will start on Tuesday.

Badminton will also start the individual events on Sunday, with Lee Cheuk-yiu spearheading the Hong Kong challenge in the men’s singles.

Hong Kong men’s team finished bottom in the pool and could not make it into the top eight.