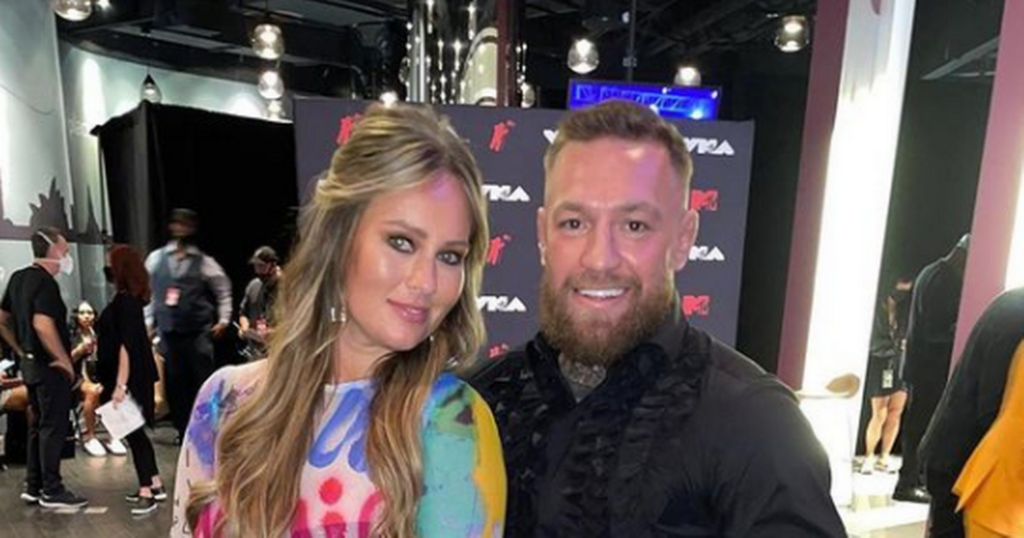 Dee Devlin says she had a 'great time' at the MTV Video Music Awards despite Conor McGregor being involved in a bust-up.

The UFC star clashed with Machine Gun Kelly on the red carpet in New York before the awards ceremony on Sunday night.

McGregor was joined by his fiancee Dee while the rapper arrived with his girlfriend Megan Fox as the couple’s posed for pictures before the scuffle happened.

On the bust-up, McGregor insisted “nothing happened” and said he didn’t even know who Machine Gun Kelly was.

“I don’t even know the guy to be honest with you.

“Nothing happened with me, I only fight real fighters, people that actually fight, you know what I mean. I certainly don’t fight little Vanilla Ice white rappers.

“I don’t even know the guy. I don’t know anything about him, except that he’s with Megan Fox.”

US website TMZ claimed the clash happened after McGregor asked the musician for a photo but was shunned.

Sources told the publication that MGK then pushed Conor who stumbled and spilled his drink, before reportedly throwing what was left of it at the singer.

The clash was captured by onlookers as McGregor appeared to lunge at the singer after a few choice words between the pair.

He didn’t appear to be able to get his hands on the star as security pulled him away.

McGregor, who was using a cane after suffering a leg break, took to the stage to award Justin Bieber his artist of the year prize.

MGK was also quizzed about the alleged altercation but refused to comment.