Decoding your cat: the real meaning behind the purring, padding and peeing

As the first cat was domesticated more than 4,000 years ago, you’d think we’d have them figured out by now. But no. We still expect them to fit in with our modern lives with zero compatibility issues, despite the fact that cats are fundamentally solitary hunters so naturally they behave differently – it’s in their DNA. To hone your animal instincts, animal behaviourist, cat expert and author Anneleen Bru decodes cat behaviour for beginners.

“Most people know that flattened ears signal an unhappy cat, but you’ve missed 90% of the conversation by not using other visible body signals, with its whiskers, tail, fur, eyes, purr, paws and toilet habits … Once you know what these are, it can be much easier to have a good relationship with your feline,” she says.

What they do: rub around your legs
What it means: ‘I feel good’
“Often a cat will do this if you are preparing their food,” says Bru. “It means: ‘I like this person, I feel safe, I’m happy.’”

Cats use pheromones in a very clever way – think of it as leaving scented Post-It notes around their core living space. Rubbing against certain furniture is reinforcing a message that it’s their happy place.

What they do: flash their bum
What it means: ‘I like you’
When a cat flashes its derriere to another cat they are being really welcoming.

“It’s their way of saying to another cat: ‘Hello, I like you,’” explains Bru. “So, when they do that to us, their humans, it means the same thing.”

What they do: purr
What it usually means: ‘I’m happy and chilled’
What it sometimes means: ‘I’m stressed and in pain’
“Mostly, purring is pure contentment, but sometimes it can be a sign of stress, anxiety, or illness. Cats don’t show pain, but they exhibit subtle changes in their behaviour instead. In these instances, purring offers relief to an anxious or stressed cat, in effect they are trying to self-soothe.”

Tip: If your cat has always purred and stops, see a vet as it could indicate a health issue. Equally, if it doesn’t normally purr, but starts, see your vet. Any sudden behaviour changes could be a sign your cat needs veterinary treatment.

What they do: sleep in weird places
What it means: ‘I’m keeping myself safe’
“As a solitary hunter, cats like to sleep up high so they are safe and aware of their surroundings,” says Bru. “Sleeping up high, or in hidden places, like cardboard boxes or in cupboards or drawers, is in their DNA. It’s how they survive. Let them do it.”

What they do: pad
What it means: ‘I’m chilling and really enjoying myself’
“This is real self-soothing behaviour that goes back to kittenhood,” says Bru. “It’s the action that kittens do to release the milk at their mother’s teats, often this action can send them into a real trance and cats will do this until their final years. It’s the epitome of a happy cat.”

What they do: close their eyes, while sitting close to you
What it means: ‘I love you’
“This is the equivalent of a cat’s kiss,” says Bru. “If you open your eyes wide and close them while looking at your cat, it’s telling them you love them back. It’s cat whispering. Try it.”

What they do: flatten their whiskers
What it means: ‘Leave me alone’
Whiskers are super-sensitive radar devices for cats as they struggle to focus on anything an arm’s length from their face. Their long, coarse whiskers have highly sensitive nerve endings at the roots – they can determine if prey is close by and what space is around them.

What they do: stare at other cats
What it means: ‘I hate them’
“This is the feline equivalent of giving the other the middle finger,” says Bru. “Don’t ever think that two cats staring at each other is going to lead to anything gentle. It won’t.”

What they do: drop their tail
What it means: ‘Leave me alone’
“A straight up tail, or one held in a question-mark shape, is the sign of a happy cat,” says Bru. “This is the complete opposite.”

What they do: flatten their ears
What it means: ‘Leave me alone’ (sensing a pattern?)
The most obvious sign you have an unhappy cat. Combine it with an arched back, bushy coat, flattened ears, erect bushy tail, deep moaning and you have a very, very grumpy cat.

What they do: pee in your trainers
What it means: ‘You need to sort out my litter tray situation’
“In the wild, cats will pee and poo in different places,” explains Bru. “A cat is programmed to bury its poo to hide from predators, its pee is less of an issue so it will do that elsewhere. Also, cats prefer to use a litter tray that is high up and hidden so they feel less vulnerable. Look at your litter tray setup and change it accordingly.”

What they do: spray urine on vertical areas
What it means: ‘I’m worried about something in this place’
“If not neutered, your cat, male or female, will spray as a sexual marking,” says Bru. “If neutered, this is a stress sign – look at what may have changed in the environment, such as the threat of other (unfamiliar) cats who may be able to enter or stare into the house.”

What they do: yawn
What it means: ‘I’m chilled’
Usually a yawn is a relaxed signal of your cat releasing stress and relaxing. This is another chance for you to communicate with them. Yawn back and see what happens.

What they do: gently bite you during petting
What it means: ‘This is gooood’
A gentle nibble means serious appreciation; a harder one may suggest your cat is a little overstimulated, so perhaps give them some space.

What they do: bring you dead animals
What it means: ‘You’re a terrible hunter’
Bringing home a kill is often more common in females than males – some research suggests by bringing home the kill, the cat has adopted you as part of its family and its DNA says it has to feed you and teach you how to hunt. However, it’s also just what they do, cats are hardwired to hunt – some more so than others. Bringing home a kill actually has nothing to do with you, says Bru. “Cats will stalk and kill prey, even when they don’t have the intention of eating it. They will bring it to their core area, because this is where they feel safe.”

You don’t need to be a mind reader or body language expert to know what your cat needs to eat – at every stage of life, they require food tailored to them. Royal Canin kitten food provides nutritionally complete, age- and breed-specific diets for optimum feline health 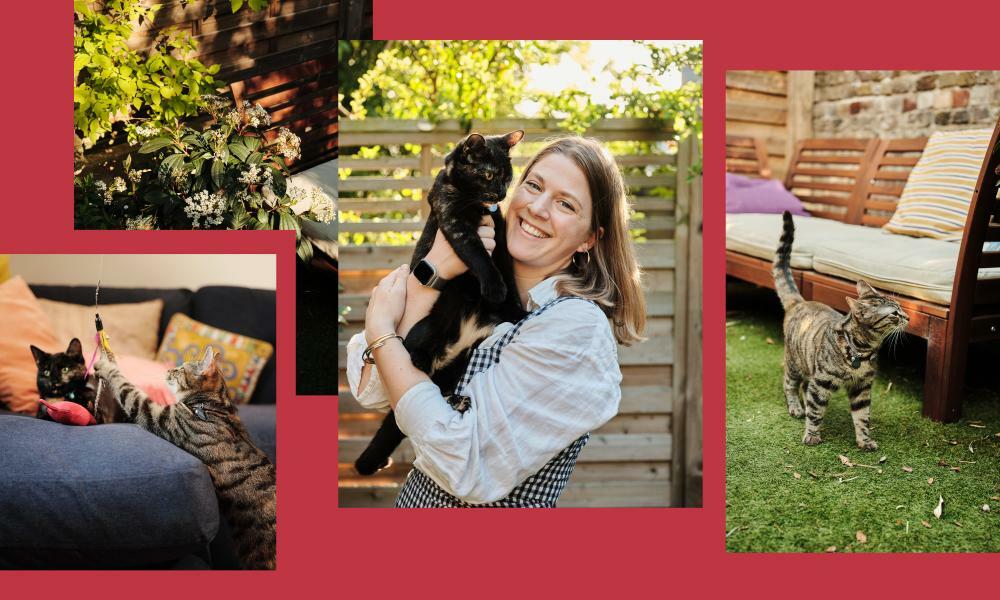 How to bond with a rescue kitten – and why healthy food is so important
A nutritious diet is often the greatest gift you can give a rescue cat, helping them grow healthier and happier

The Guardian - UK
One subscription that gives you access to news from hundreds of sites
Littered with information: what does your cat’s poo say about its health?

If you’ve had enough of receiving sacrificial gifts, or don’t want your playful kitten turning into a cold catdult who…