Declan Donnelly was pictured carrying his brother's coffin into church on Thursday evening ahead of the funeral on Friday 28 July.

The TV star was seen heading inside St Michael’s, RC Church in his hometown of Newcastle at 7pm surrounded by relatives.

The body of Farther Dermott Donnelly was being received the night before the funeral, following his death earlier this month.

Declan, who recently welcomed his second child with wife Ali Astall, was dressed all in black wearing a T-shirt with a smart blazer and matching trousers.

The presenter was pictured by approved press photographers looking deep in thought as he rested his hand on his chin and looked down at the ground.

Dec is said to have raced to his brother's side after he fell seriously ill earlier this month.

The presenter's 55-year-old sibling, who officiated the TV star's wedding in 2015, is understood to have been rushed to University Hospital of North Durham with a suspected bleed on the brain after he collapsed.

Following his sad death, Dec, 46, paid tribute to his beloved brother and said he was "beyond devastated".

His tweet read: "I am heartbroken to tell you that my darling brother Fr Dermott, @TweeterPriest, sadly passed away this afternoon. We are all beyond devastated. Thank you for your messages of sympathy and support, they are appreciated."

A spokesperson for Dec also told the Mirror: "It is with great sadness that we confirm the death of Fr Dermott Donnelly who died peacefully this afternoon in hospital surrounded by his family and close friends."

Friend and colleague Father Peter Kyi Maung, who served with Dermott at St Joseph's Church in Stanley, Co. Durham, spoke out and said he thinks he may have died from a bleed on the brain.

He explained: "He was hardly breathing in the bed, it was so sad. They think he had bleeding on the brain."

Fr Maung added: "Declan had come to be with him and their mum was there as well, I saw her at the hospital and it was so hard for her, a mother seeing her dying son.

"When she hugged me, I knew how much she was suffering." 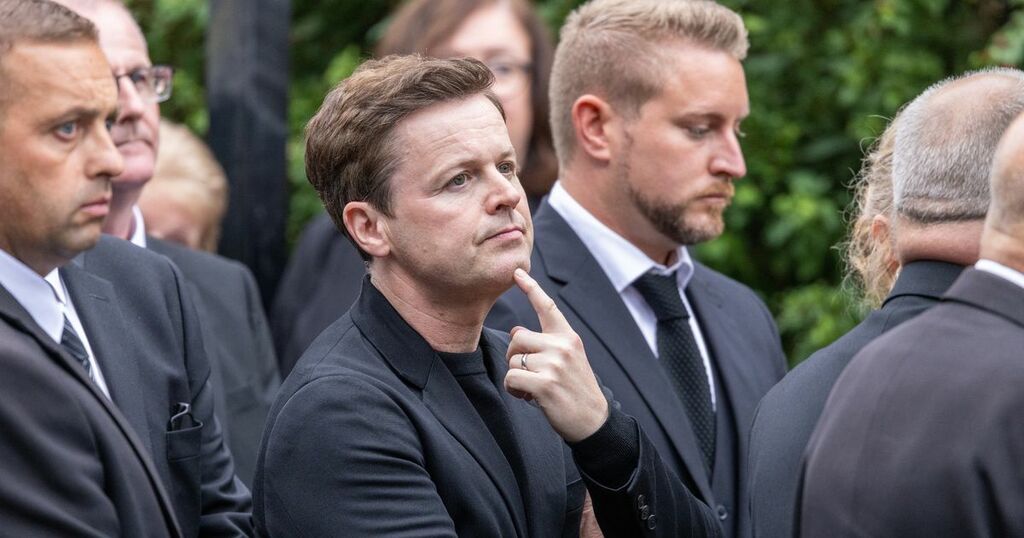 Declan Donnelly surrounded by loved ones as he carries brother's coffin into church ahead of funeral
Loved ones gathered at the church in Declan's hometown of Newcastle at 7pm as Father Donnelly's body was received the night before the funeral following his death earlier this month.

Daily Record
From analysis to the latest developments in health, read the most diverse news in one place.
Dec Donnelly fights back tears as he carries Priest brother Dermott's coffin into funeral

Father Dermott died at the age of 55 following serious illness

Daily Mirror
One place to find news on any topic, from hundreds of sites.
Declan Donnelly carries brother's coffin and says he 'can't believe he's gone'