Podcast host Deborah James has praised the Duke of Cambridge for “going above and beyond to make a very special memory” after he made her a dame at her family home.

Dame Deborah posted pictures of William with herself and her family on Instagram and has said the visit gave her family “so much to smile about in the sadness”.

In a post on Instagram, she said: “I believe I may have had the most surreal, mind blowing, humbling five days of my life.

“I cannot thank you for your generosity at launching the @bowelbabefund which now stands at £5.7 million, and to the @dukeandduchessofcambridge for going above and beyond to make a very special memory happen yesterday. Can’t quite believe im actually a Dame!

“My family are being amazing and as emotional as it all is, we are finding so much to smile about in the sadness.

“I may be getting weaker and more tired each tired having run off pure adrenaline, but my word, I always said I wanted to slide in sideways when my time is up, with a massive smile, no regrets and a big glass of champagne! Still my intention!!!”

Dame Deborah has raised more than £5.7 million for Cancer Research UK through her Bowelbabe fund on Just Giving.

Damehoods are usually conferred by members of the royal family, including William, at investiture ceremonies which take place at royal palaces including Buckingham Palace and Windsor Castle. 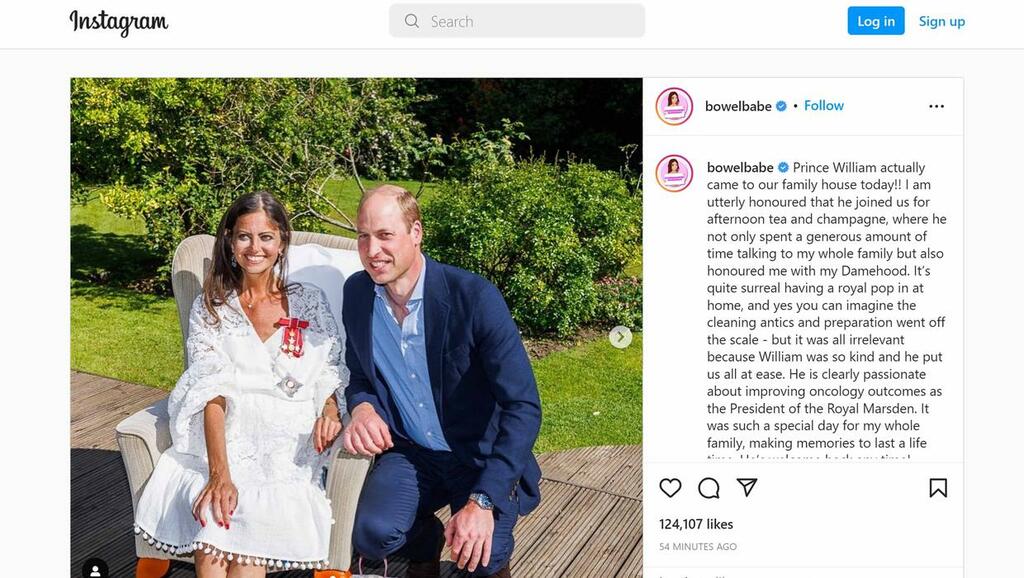