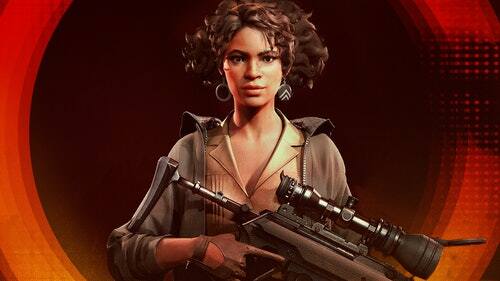 The latest game from developer Arkane Studios is Deathloop, and it’s getting critical praise across the board.

This stylish first-person shooter is a timed PlayStation 5 console exclusive that is also available on PC (via Windows). Despite this, Deathloop is actually published by Bethesda Softworks, which is owned by Microsoft. Because Deathloop was in development prior to Microsoft’s acquisition of Bethesda, its PlayStation exclusivity remained

Going forward, you should expect most — if not all of — Bethesda’s games to be exclusive to Xbox, just like the upcoming Starfield. That’s what makes it so strange to see Deathloop on a PlayStation console. Even still, there is hope for Arkane’s adventure to come to other platforms.

Will Deathloop ever be ported over to other platforms? Let's investigate.

Considering Deathloop is published by Bethesda, we’ll no doubt see it appear on an Xbox console, as well as Game Pass on PC at a later time. And with Bethesda being a first-party Microsoft company, you can expect to see it on Xbox Game Pass.

Pretty much all of Bethesda’s most popular games are available through Microsoft’s gaming subscription service, so we’d be shocked if Deathloop didn’t make an appearance at some point. It will likely be available for Xbox Series X|S, though you shouldn’t expect to play it on Xbox One since Deathloop is only available on PS5 right now. Still, it’s a good sign Xbox players will probably get their hands on it at some point.

It just isn’t totally clear when this will come to be.

What about the possibility of a Deathloop port for older consoles? After all, there are millions of players on PS4, Xbox One, and Nintendo Switch, so it would make sense to give them a way to play.

At this point, there’s no evidence that Deathloop will come to PS4, Xbox One, or Nintendo Switch. Given the game’s visuals, AI, large open areas, and intricate systems, it’s tough to imagine it running smoothly on an older console. It’s certainly not impossible, but given the time and money it would take to make this happen, it might not be worth it for Bethesda and Arkane to bring Deathloop to last-gen machines.

One thing you can almost certainly guarantee is that Deathloop won’t come to Nintendo Switch, at least not in the traditional sense. The Switch struggles to run ports of older PS4 Bethesda games such as DOOM or Wolfenstein II: The New Colossus, so it’s not likely Arkane’s latest shooter will come to Switch. It is possible the platform could get a streaming version, just like Control, Hitman 3, and the upcoming Guardians of the Galaxy game, but this has yet to be announced.

While Deathloop has been heavily marketed by Sony, the shooter is a timed exclusive, meaning it will eventually come to other platforms. The fine print at the end of the gameplay trailer above reads “Not available on other consoles until at least September 14, 2022.”

Assuming that date sticks, this will be a full year after its release on PlayStation 5.

One-year exclusivity is standard with many games, such as Rise of the Tomb Raider, which was first available on Xbox in 2015. It didn’t launch on PlayStation until the following year in 2016. Another famous timed exclusive is BioShock, which launched for Xbox 360 in 2007 but didn’t come to PS3 until 2008.

There are numerous examples of timed exclusives, and in many cases, the wait isn’t usually long. However, other games take much longer to appear on other platforms, such as the original Mass Effect. It first came to Xbox 360 in 2007 but wasn’t available on PS3 until 2012 as part of the trilogy collection.

However, one example might not bode well for Xbox players looking forward to Deathloop, and that has to do with the way Final Fantasy VII Remake has been handled. This isn’t a Bethesda game, sure, but it is a timed PlayStation exclusive, just like Deathloop.

Initially, Final Fantasy VII Remake was meant to just be a PlayStation exclusive for a year, following the same trend as countless games before it. But it launched for PS4 in 2020 and has yet to come to other platforms. In 2021, an enhanced version titled Final Fantasy VII Remake Intergrade launched for PS5. So, it appears Sony has extended its exclusivity deal with Square Enix in this case, which very well could happen with Deathloop.

The one thing Deathloop has going for it is that Bethesda technically owns it, so it’s highly likely it’ll appear on Xbox and Game Pass for PC in 2022.

Deathloop is now available on PS5 and PC through Windows on September 14, 2021.