Mudslides and floods kill at least 117 in Brazil's Petropolis

The death toll from mudslides and floods in Brazil's colonial-era city of Petropolis rose to 117 on Thursday and was expected to increase further as the region reels from the heaviest rains in almost a century.

Heavy downpours in the afternoon, when the city recorded some 6 cm (2.36 inches) of rain, caused even more soil instability and disrupted efforts to find survivors and clean up the debris. Up to 4 cm of rain is expected overnight in the region, according to meteorologists.

"There are at least six children here and there may be more from the neighbors," said Fabio Alves, a resident, who noted rescuers were not searching that area. "We are estimating more than 10 people buried here and we need help," he said.

More than 700 people had to leave their homes and take shelter in local schools and other makeshift accommodation. Rio de Janeiro Governor Claudio Castro on Wednesday compared the damage to a war zone.

"I am here hoping to find my wife. I'm sure she's here. The downstairs neighbor said she was on the balcony when the mudslide hit," said Marcelo Barbosa, another resident.

During the day, the local morgue was forced to use a refrigerated truck as a back-up as more victims were being brought in while other bodies still awaited to be identified by their families.

Rio de Janeiro's civil defense head Leandro Monteiro worked overnight, with poor lighting on soggy ground to find survivors. He is among the more than 500 rescue workers, along with neighbors and relatives of the victims who are still searching for loved ones.

"I've been living here for 44 years and never saw anything like that... All my friends are gone, they are all dead, all buried," resident Maria Jose Dante de Araujo said.

The downpours, which on Tuesday alone exceeded the average for the entire month of February, caused mudslides that flooded streets, destroyed houses, washed away cars and buses, and left gashes hundreds of meters (yards) wide on the region's mountainsides.

It was the heaviest rainfall registered since 1932 in Petropolis, a tourist destination in the hills of Rio de Janeiro state, popularly known as the "Imperial City" as it was the summer getaway of Brazilian royalty in the 19th century.

"I don't even have words. I'm devastated. We are all devastated for what we have lost, for our neighbors, for our friends, our homes. And we are still alive, what about those who are gone?" said resident Luci Vieira dos Santos.

Brazilian President Jair Bolsonaro, who has promised to visit the region upon his return from an official trip to Russia and Hungary, has pledged federal assistance to help the population and start rebuilding the area.

In light of the disaster, Brazil's Economy Ministry responded by approving tax breaks for both Rio de Janeiro and Espirito Santo, where the downpours also caused damage.

Since December, heavy rains have triggered deadly floods and landslides across much of Brazil, threatening to delay harvests and briefly forcing the suspension of mining operations in the state of Minas Gerais, just north of Rio. 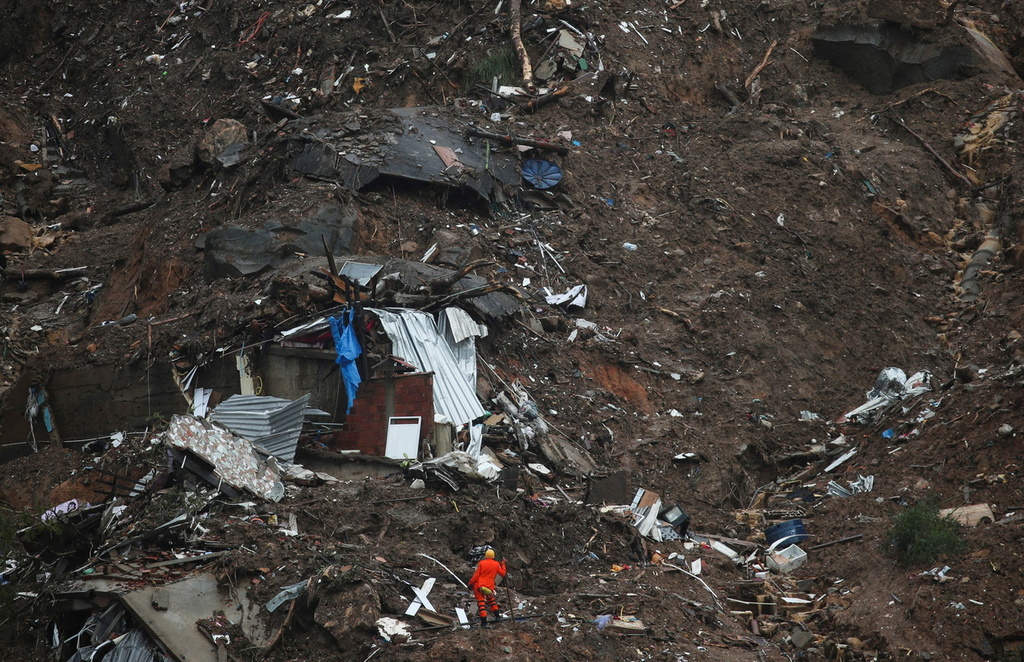 Reuters
One subscription that gives you access to news from hundreds of sites
Heavy rains, flooding kill dozens in Brazil's 'Imperial City'

At least 94 people died in the historic Brazilian mountain town of Petropolis, local government officials said on Wednesday, after…

Reuters
Brazil mudslides and floods kill at least 18 outside Rio