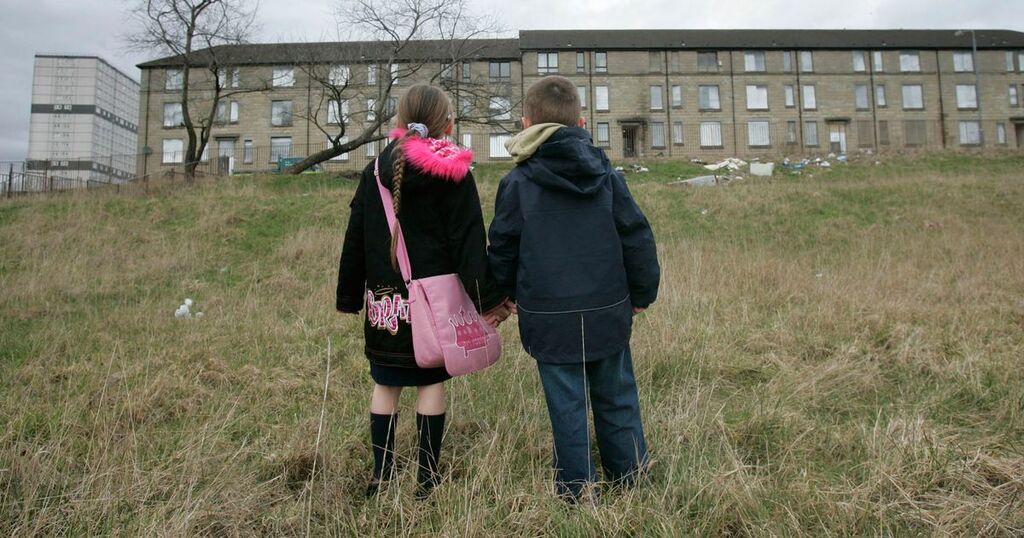 The mortality rate for people living in the most deprived areas of Lanarkshire was almost twice that of more affluent areas in the same region.

A new report from the National Records of Scotland also found that locals in poorer areas can only expect around 50 years of good health - over 20 years less than well off locals.

A number of regions in both North Lanarkshire and South Lanarkshire fall into the top 10 per cent of Scotland's least affluent areas, as calculated by the Scottish Index of Multiple Deprivation. (SIMD)

These include parts of Burnbank Central and Uddingston, parts of Whitlawburn in Cambuslang, and Fernhill and Springhall, among others.

The report states that: "There is a huge gap in healthy life expectancy for people in the most and least deprived areas."

The death rate is 1.9 times higher in the poorest areas, and they are more likely to pass away from alcohol and drug problems, suicide, and COVID-19.

Healthy life expectancy, meaning the number of years a person has in good health, is only 50.1 per cent for women in these areas. For men, it is even lower, coming in at 47.0 years.

In comparison, those in richer areas, such as parts of Burnside in Rutherglen or parts of Earnock, for instance, can expect their healthy life expectancy to be a much higher average, 71. 6 years for women and 71 .2 for men.

South Lanarkshire Council (SLC) stated that they aim to tackle inequality through a range of programmes, and that education is vital.

Paul Manning from SLC told Lanarkshire Live : "It is a tragedy that anyone does not live a full and healthy life.

"The council’s core aim is to improve the lives of everyone in South Lanarkshire and a key aspect of that is working with our partners to tackle the causes and consequences of poverty, deprivation and inequality.

"Much of that work is done through the community planning partnership, which includes NHS Lanarkshire and a wide range of others, and, importantly, we work with our communities to identify and address their local priorities.

"Working together, we take specific actions around areas such as health, housing, social inclusion, low income, access to education and community safety.

"An important focus is to work to end inequality by improving the prospects and outcomes of our children and young people."

Rutherglen MSP Clare Haughey, who has several of the worst affected areas in her constituency, said it was a "terribly sad reality".

She added: "Those living in the most deprived areas have higher death rates related to COVID-19, alcohol, and suicide, fewer years in good health than those in the least deprived areas.

"Deprivation encapsulates many different aspects of life, including housing, education, employment, income, and health, so it’s important that these issues are tackled holistically to improve outcomes.

“From delivering 100,000 affordable homes to introducing the poverty-tackling Scottish Child Payment, or from investing to address Scotland’s drugs crisis to providing funding to cut the attainment gap, the Scottish Government is committed to creating a more equal Scotland.

“The life chances of people across Rutherglen, Cambuslang and throughout Scotland should not be determined by where they're born, and so we must redouble our efforts to maximise positive opportunities for all."

The full report can be found here.

Don't miss the latest headlines from around Lanarkshire. Sign up to our newsletters