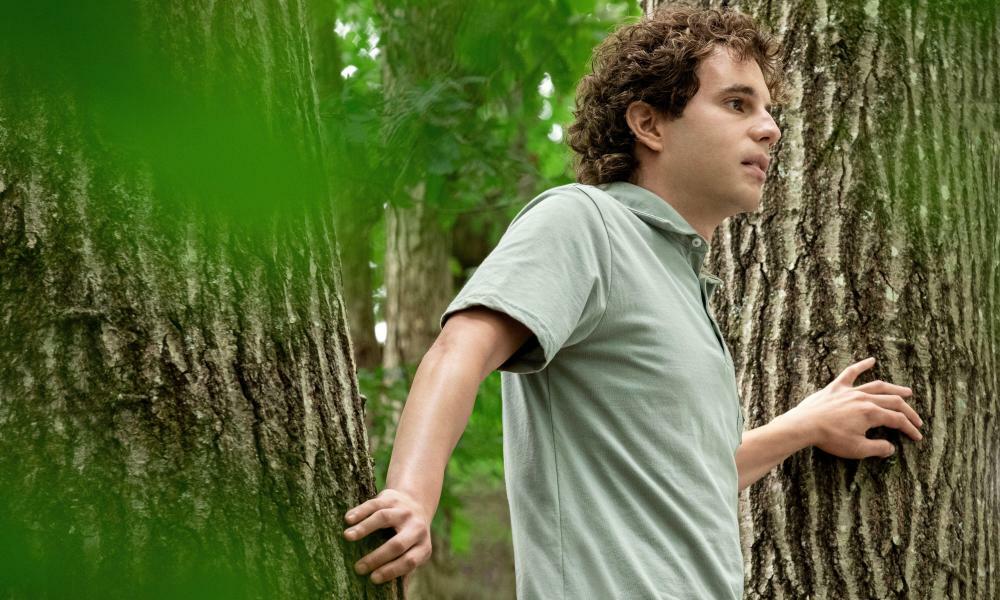 There are two major issues that Dear Evan Hansen, the film adaptation of the Tony-winning Broadway musical, cannot overcome. First, the decision to have Ben Platt reprise his Tony-winning performance as Evan Hansen in the film, the only original cast member to do so. (It seems relevant to mention that Platt’s father is a producer on the film; as Platt said earlier this year in defense of the casting: “Were I not to do the movie, it probably wouldn’t get made.”) It would’ve been one thing for the film-makers to have asked audiences to suspend disbelief that the 27-year-old Platt was actually a geeky high school senior – a little annoying, but fine, as almost every teen movie demands that anyway (see: Rachel McAdams in Mean Girls, Jesse Metcalfe in John Tucker Must Die, both in their late 20s). But the team behind Dear Evan Hansen put Platt in prosthetics and opaque, pasty makeup, along with a curly mop of hair, that strands the actor firmly in the uncanny valley. But the attempt to make Platt seem younger somehow renders him both older and inhuman – an act of near-sabotage so distracting it basically renders the movie unrecoverable.

Which is a shame, because if a film adaptation of Dear Evan Hansen were to be made, this version, directed by Stephen Chbosky (The Perks of Being a Wallflower) from a screenplay by the musical’s writer, Steven Levenson, would probably be, main casting aside, one of the better versions. With Chbosky’s slick direction, the show’s winsome (if abbreviated in the film) soundtrack and a host of A-list talent – Julianne Moore, Amy Adams, Kaitlyn Dever, Amandla Stenberg – the Dear Evan Hansen movie is by and large a good-faith, meticulous adaptation of the Broadway show. Which leads to the second insurmountable hurdle: a film version of Dear Evan Hansen only casts a harsher light on the story’s already wobbly handling of suicide and mental health.

To backtrack: Evan Hansen is a socially awkward, paralyzingly insecure 17-year-old who starts his first day of senior year with a written pep talk to himself, an assignment from this therapist. The note is intercepted off the printer by classmate Connor Murphy (Colton Ryan), a fellow outcast who interprets the letter’s mention of his sister Zoey (Dever), Evan’s crush, as a ploy to mock him. That is Evan and Connor’s only real-life interaction; Connor takes his life and is found with the letter, which his parents interpret as a suicide note to Evan. Stammering, desperate to please and feel valued, Evan parlays the theory into a full-fledged fantasy of friendship – one that endears him to Connor’s shellshocked mother, Cynthia (Adams) and stepfather Larry (Danny Pino), draws him into a romantic relationship with Zoey, and distances him from his overworked single mother Heidi (Moore). It also brings validation, when his false invocation of Connor’s memory goes viral, and hard-charging classmate Alana (Stenberg) creates a memorial mental health awareness campaign around one of Evan’s fake anecdotes.

The distance of the stage and Benj Pasek and Justin Paul’s enveloping, genuinely moving soundtrack allowed the musical’s darker, borderline creepy elements – suggesting blame for Connor’s death, Evan’s reincarnation of Connor through forged emails, the fact that the protagonist exploits a near-stranger’s suicide for popularity – to fade into the background of a great show. One can suspend moral judgment of Evan, firmly the sympathetic underdog, when his motivations, awkwardness and mistakes are routinely swept into absorbing song. That’s much harder to do when you’re staring, in hyper-definition closeup, into the face of the grieving mother, played with paper-thin fragility by Adams, as Evan lies about his friendship with her dead son.

Still, if you can get set aside the discomfort of Evan’s deceit and Platt’s ghoulish appearance, Dear Evan Hansen is a decently enjoyable movie musical, especially if you like the soundtrack, which remains magnetic. Chbosky’s direction grounds some of the potentially tricky aspects of adapting a musical to film – characters belting while in school, or long, searching solos, such as Dever singing about her lack of feeling over Connor’s death while careening toward a red light. The roving camera and interjections for Sincerely Me drew genuine laughs, as did several of the lines delivered by Nik Dodani as Jared, Evan’s only friend (and a “family” one, at that). The set is convincingly mid-2010s suburban high school, the Murphy’s kitchen believably rich McMansion everywhere. Dever, so endearing in Booksmart and heartbreaking as a disbelieved sexual assault survivor in Unbelievable, brims with vulnerability and frustration as Zoey, the most grounded character of the film.

It’s not the film’s fault that the medium highlights the story’s inherent stacking of the deck in favor of Evan with an ickiness the musical could maybe avoid. I cannot say the same for the casting of Platt as Evan. The movie asks the audience to not look at two elephants in the room, and unfortunately, no amount of soaring music can relieve that heavy a burden.