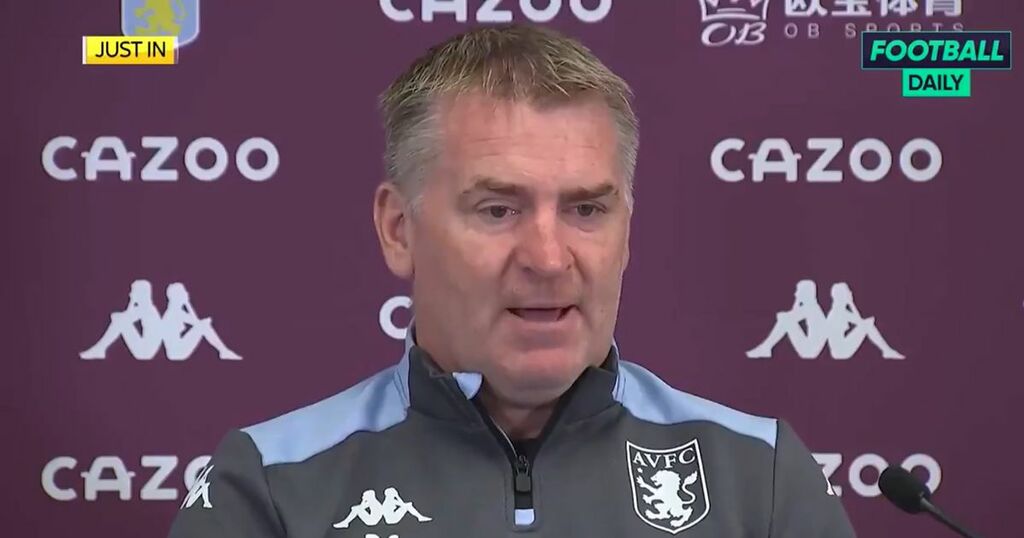 Dean Smith has confirmed that both Emiliano Martinez and Emiliano Buendia will be ready to face Everton next weekend.

The pair have been embroiled in controversy over the course of the international break thanks to their decision to travel to South America and join up with the Argentina squad.

Premier League clubs had previously announced that they would not allow their stars to travel to red list countries, where they would be forced to quarantine for 10 days upon their return.

However, Villa came to an agreement with Argentina to allow their players to play some part in the break before returning to the club early.

Both Martinez and Buendia were sent home early after their country's World Cup qualifier against Brazil was abandoned after objections by health officials.

And Smith has confirmed that, due to this fact, both players will be ready for the visit of Everton to Villa Park on September 18th.

He told his pre-Chelsea press conference: "Obviously they went across to play for Argentina and it was a difficult situation for everyone involved.

"We all had a predicament - whether it was players, clubs, national teams - on whether we allowed the players to go across and play for their countries and potentially miss two or three games for their club teams.

"I think we were all between a rock and a hard place, and it was difficult.

"Once our players had made it clear that they'd spoken to other players within Argentina and wanted to go and play, we had to come to a compromise, a best situation for our players and our club.

"We managed to find that, we went out and played the one game and they're quarantining now, and will be back ready to play against Everton next week."

The Blues denied to release Richarlison for international duty over the course of the international break, while Salomon Rondon and Yerry Mina both pulled out of representation for their respective nations.