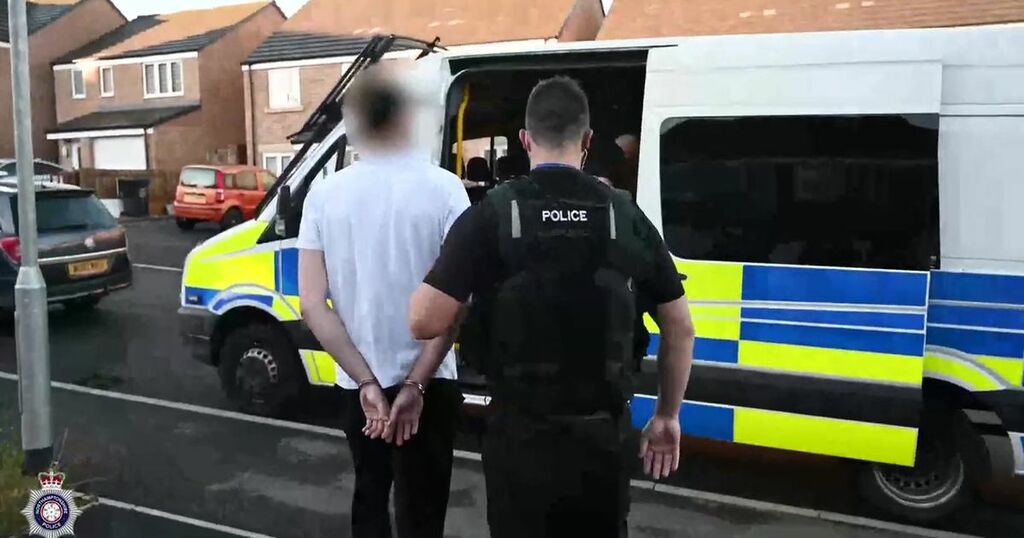 Raids targeting gangs spreading misery across the country have highlighted some of the latest battlegrounds in the fight between Merseyside Police and the region's drugs networks.

Officers from the force have been involved in operations in Cumbria and Shropshire, both largely rural counties that fall under the influence of dealing schemes based in Liverpool.

And recent work in Northamptonshire suggests there could be a growing presence of drugs managed from Merseyside in the East Midlands.

Read More: Death, addiction and hope on the frontline of the Liverpool heroin trade

The authorities believe Merseyside is one of the biggest exporters of drug dealing networks around the rest of the UK.

While gangs from cities such as Manchester and Birmingham also exercise influence beyond their city borders, Liverpool is typically seen as second only to London when it comes to analysing the 'county lines' schemes that blight communities across Scotland, Wales and England.

'County lines' is the name given to the model by which gangs based in big cities establish drug dealing networks in other cities and towns, sometimes hundreds of miles away.

Such schemes tend to see dealers from the hub city sent to target areas in a bid to flood them with cheaper or stronger drugs to gain a foothold in the local market.

Violence, manipulation and the exploitation of vulnerable people, from children forced into dealing to addicts who have their homes taken over for use as safehouses, are methods then used to structure the operation.

Normally customers place orders for cocaine, crack cocaine or heroin over a phone controlled from the hub city. Those managing it then order their locally placed dealers to carry out sales on the ground.

Parts of Cheshire, Lancashire, North Wales, Scotland and Devon and Cornwall are among the areas where 'county lines' gangs from Merseyside have most power.

Cumbria is also a significant market, and as recently as Friday arrests were made in Barrow and drugs valued at £4,000 were seized in a joint Cumbria and Merseyside Police operation.

At the beginning of September, Merseyside worked with West Mercia Police to target criminals operating in Shropshire.

This led Detective Constable Ben Docherty to state: “We know individuals involved in county lines drug dealing are travelling from Merseyside into Shropshire. Those involved in this criminality are either looking to exploit vulnerable people in our communities or are being exploited themselves.

“We are working in partnership with Merseyside Police to strengthen our response to disrupt their drugs supply and protect those at risk of exploitation.”

This was not the first joint operation between the forces in Shropshire, where Liverpool gangs, including a Speke-led outfit, have targeted Shrewsbury in recent years.

In a tragic example of the violence that can accompany drug activity, Bootle teen Michael Warham was stabbed to death by Declan Graves, from Speke.

Graves was later convicted of murder, with the courts hearing his attack was rooted in a turf war between rival Merseyside gangs on an estate in Shrewsbury.

An area in which Merseyside gangs have traditionally held less influence is Northamptonshire.

The drugs scene in the East Midlands county is a target area for gangs operating from Birmingham, Wolverhampton and London.

But that may be changing.

On September 29, Northants Police targeted a suspected amphetamines supply network from Liverpool onto their patch.

Eleven people were arrested, nine then charged with criminal offences, as homes were raided in Northampton, nearby Corby and Merseyside.

Suspects from the city centre, Norris Green and Upton, Wirral, were among those questioned in relation to a year-long investigation by the East Midlands Special Operations Unit.

As recently as Friday, that same unit announced the conclusion of another operation that saw cannabis supplied from Merseyside smuggled into HMP Stocken in Rutland.

There is a possibility that Liverpool gangs have attempted to step into a vacuum left by a major Northants Police 'county lines' investigation that saw 30 different networks destroyed and 72 people convicted.

That largely undercover operation started in 2019 and not one of the operations brought down, nor any of those convicted, came from Merseyside.

Following the latest cross-country operations that have involved Merseyside criminals, and often Merseyside Police intelligence to track down suspects, Detective Superintendent Andy O’Connor warned drug dealers the force would be after them regardless of where they operated.

Det Supt O'Connor, the head of Merseyside's 'county lines' busting Project Mudusa, told the ECHO: “As a team we use intelligence to cut these county lines and bring those responsible for controlling them to justice, while ensuring any young or vulnerable people are given the right help, advice and pathways out of this destructive lifestyle.

“This intelligence allows us to build up a picture of where criminals are moving drugs, money and people and wherever that may be, we will work with police forces and authorities in that area.

"Our message to these crime groups is simple – if you are using vulnerable or young people, we will be making you our priority regardless of where you are based.

"If you are exploiting someone to sell, store or move drugs and cash or are cuckooing a property, you are our priority.

"It’s nothing short of cowardice to exploit young and vulnerable people to do your dirty work, while you reap all of the rewards, and as our partnership work and recent convictions and sentences show – we will work with partners regardless of the location, to bring you to justice."