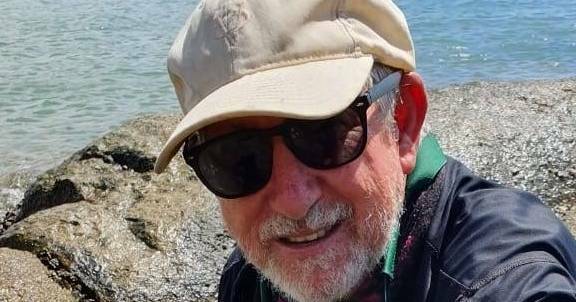 AAP
One subscription that gives you access to news from hundreds of sites
Yacht captain James 'Jimmy' Blee, allegedly linked to dead cocaine diver, arrested trying to board international flight

A man charged in connection to $20 million worth of cocaine found at Newcastle port this week - who was allegedly caught trying to board an international flight in Queensland - will face court again on Friday, with NSW Police traveling north to secure his extradition.

James Blake Blee, 62, was arrested in North Queensland about 5.30pm on Wednesday allegedly attempting to board a plane bound for Singapore.

Mr Blee was taken to the Cairns watch-house and charged with importing a large commercial quantity of a border controlled drug - a Commonwealth offence - and large commercial drug supply - a NSW offence.

He faced Cairns Magistrates Court on Thursday and was remanded in custody, to appear again on Friday morning, when it is anticipated investigators from NSW will have arrived to take him south.

It comes after several law enforcement agencies - including NSW Police, Australian Federal Police and Australian Border Force - set up Strike Force Groove to investigate how a diver came to die at the Port of Newcastle's Berth Two with 50kg of cocaine nearby on Monday.

Police believe the diver was retrieving drugs smuggled in attached to a ship that last came from Argentina - unknown to the crew - and that at least two other people were involved in the "high-end" operation at the Newcastle receiving point.

It is unclear how the diver - a foreign national - got into trouble before his death.

Investigators believe the 50kg of cocaine recovered was only part of the shipment brought into the country.

A second crime scene was later established up-river from Berth Two, where an empty storage vessel believed to have been used to carry cocaine was found empty.

The cocaine recovered by police so far has an estimated street value of $20 million.

Investigators are looking for information about two vessels in seen in the area after the ship's arrival on Sunday night - a rubber duck-style boat and a five metre Quintrex aluminium runabout with a green stripe on the side.

The drugs allegedly came into Australia attached to the Aret. Gr Majuro, a bulk carrier from the Marshall Islands that left Argentina a month ago.

According to the Port Authority of NSW, the ship is due to depart at 7am on Monday.

Simone De PeakCocainePoliceNewcastle
Sign up to read this article

AAP
One subscription that gives you access to news from hundreds of sites
Yacht captain James 'Jimmy' Blee, allegedly linked to dead cocaine diver, arrested trying to board international flight