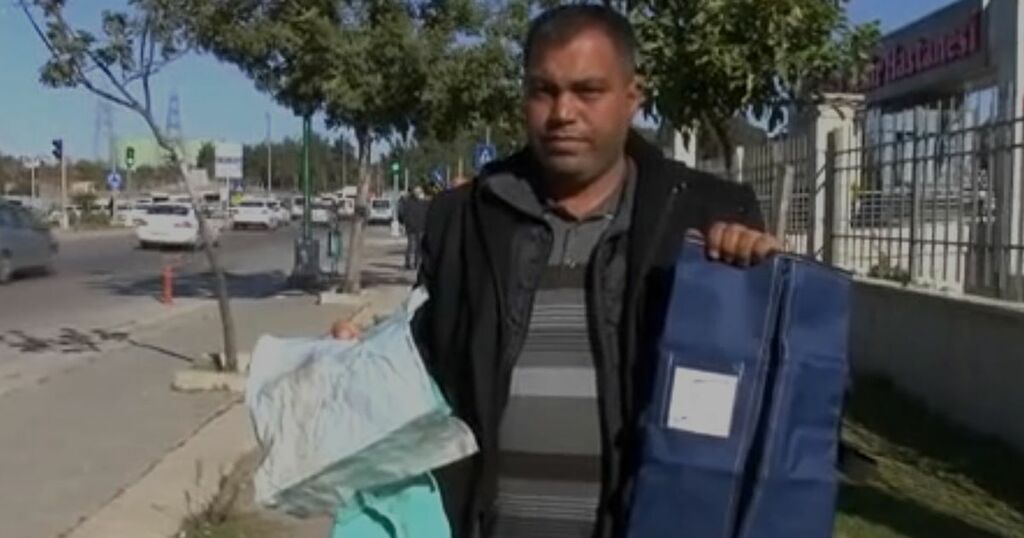 A heartbroken dad taking his 'dead' baby to a cemetery for burial was stunned to hear it crying in the car on the way there.

Medics at the Yuregir State Hospital in Adana, Turkey, had even issued a death certificate after concluding the baby, born in the fifth month of pregnancy, was dead.

Mum Melek Sert, 32, had been experiencing pain and went to hospital on December 27. She was treated before being discharged on 30th December.

But she fell ill again on New Year's Eve and was taken to the Seyhan State Hospital, where her condition deteriorated on January 2.

Doctors told her that she was "having a miscarriage", explaining that her baby was "dead".

The baby was delivered naturally and was declared dead by the doctors.

Dad Hasan Sert then took the supposedly dead baby to the cemetery for it to be buried, but on the way there it suddenly started crying.

The baby is now fighting for its life in intensive care, and the stunned dad, who has said that anyone wanting to help and who has a 0 Rh-negative blood type, can donate their blood to his baby.

He said: "My baby is fighting for his life. Since we haven't given him a name yet, donors can give blood for the Sert baby."

An investigation has been launched by the authorities against the hospital in a bid to determine if any negligence had taken place.

It comes after a near-identical report from Brazil, when a baby declared stillborn was found to be alive when a funeral director found a heartbeat while preparing the newborn for burial.

The 18-year-old mother, who has not been named, asked for medical help in the municipality of Ariquemes in the Brazilian state Rondonia on Monday, December 27.

Local media report that the mother was unaware of the pregnancy and went to hospital twice after feeling severe pain.

According to her family, she was sent back home on both occasions by the medics, who reportedly did not notice that she was pregnant.

While at home, the pain started to increase and she reportedly delivered the baby without medical help.

The baby was born in the fifth month of pregnancy and weighed 1kg (2 lbs 3 oz). It was declared stillborn by the doctors when they went to the hospital.