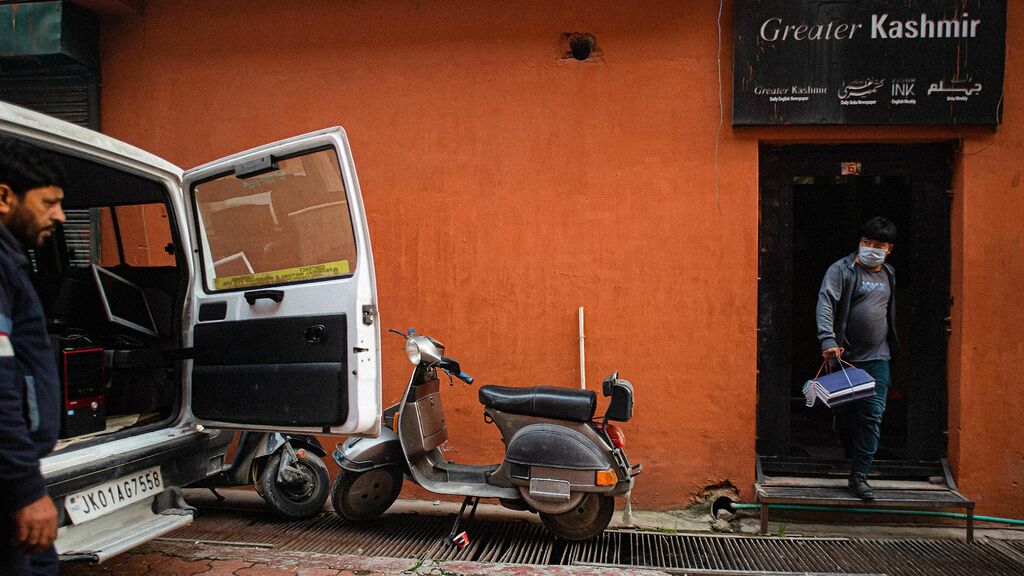 Kashmir’s leading English daily Greater Kashmir has started the process to vacate a government property, which was its office in Srinagar for nearly three decades, a day after it received a showcause notice pointing to “illegal” occupation and “outstanding” rent.

The newspaper has been operating from the Mushtaq Press Enclave, in the heart of Srinagar’s commercial hub, since the early 1990s. The property was allotted to it by the J&K government under the “journalist quota”, as per the notice.

The newspaper’s editor-in-chief, Fayaz Kaloo, on Wednesday received the notice under section 4, sub-section 1, of the Jammu and Kashmir Public Premises (Eviction of Unauthorised Occupants) (Amendment) Act, 2016.

The administration has “a reason to believe that you are not authorised to occupy/continue Government JN Quarter No. 06, Pratap Park, Srinagar anymore, as you are occupying the said premises illegally,” the notice stated.

Signed by the Deputy Director of Estates, it further claimed that the property was provided to Greater Kashmir “vide Govt. Order No. 130-Est of 2001 dated 16.07.2001 for the period of one year”.

“The term of your allotment had expired and no further extension order has been issued in your favour till date”, and “an amount of Rs 13,383 up to ending October, 2021 is outstanding as rent on account of the above accommodation,” the notice pointed out.

Even as the department gave Greater Kashmir time until November 24 to respond, the newspaper began evacuating its office on Thursday afternoon. Its staff could be seen packing files into boxes, and loading computers, printers, and other office equipment into vehicles.

A senior member of management at Greater Kashmir, speaking on the condition of anonymity, said the renewal of allotment was irregular but a notice was never received before. “Renewal is a routine practice but they (successive governments) don’t do it and things just go on," he said. “We don’t know why they have sent this notice (this time).”

He also claimed that the newspaper management has been paying rent and that the amount shown as pending in the notice “would be that of the last month”.

The newspaper has its printing press in the industrial area in Srinagar’s Rangreth and another office in Jammu city’s Gandhi Nagar, from where its Jammu edition is published.

The management member said that a few Greater Kashmir staffers were already working from Rangreth while employees of Kashmir Uzma, the media house’s Urdu language paper, worked at the Mushtaq Press Enclave office.

The newspaper has been in hot water since 2018, when its advertisements were stopped﹘without any specific official reason﹘and summons subsequently issued to its editor by the National Investigation Agency.

The newspaper’s office was also raided by the NIA last year in connection with an alleged case of terror funding.

The daily has a significant place in Kashmir’s media landscape. It began as the first English paper owned and run by a Kashmiri, and reported the insurgency and its aftermath from a local perspective for a global audience.

Meanwhile, another prominent newspaper Kashmir Images on Wednesday claimed that its advertisements were stopped without any official communication on November 16. “I am completely clueless,” the paper’s owner and editor Bashir Manzar told Newslaundry. He refused to comment further.

Officials of the Directorate of Information and Public Relations didn’t respond to Newslaundry’s requests for comment.

In response to a comment on Twitter, Manzar wrote, “I may survive for a month or two, then I am history. But will be in touch as tweeting costs nothing.”

Newspapers in Kashmir argue that government advertisements, in the absence of a strong private sector that can purchase print space, form an important source of revenue—the denial of which can be used to reprimand papers over any “unfavourable” coverage.

The media in Kashmir has been under pressure. Many journalists have been summoned to various police stations across Kashmir; some have been booked under the stringent anti-terrorism law UAPA.

This year, the bureaucratic administration headed by the Lieutenant Governor rolled out a controversial media policy that seeks to define what constitutes news. The policy’s stated objective is to create a favourable image of the government.