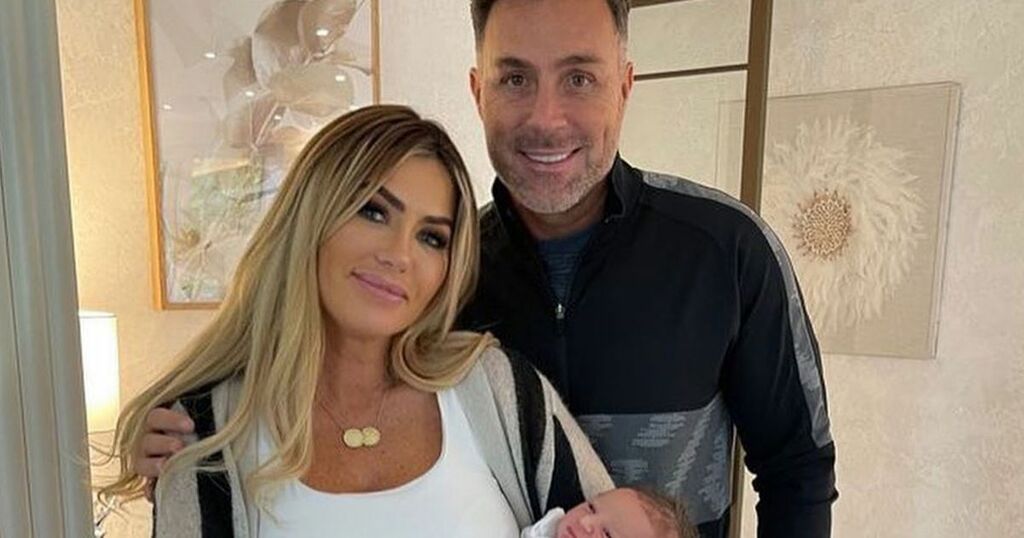 Dawn Ward gushed over her new granddaughter as she delighted in becoming a new ‘nanna’.

The Real Housewives of Cheshire star, 48, took to Instagram to share a series of snaps documenting the special occasion, as her daughter Darby Ward became a mum.

The 25-year-old gave birth to a baby girl she named Skye Lynne Jackson last week, and Dawn was full of praise for her daughter as she unveiled her new granddaughter for the first time.

“This is by far the best post I’ve ever posted,” she began.

“Meet my gorgeous granddaughter Skye Lynne Jackson. We are so in love with her I cannot believe I’m a nanna.”

Dawn also revealed she was present at the birth of baby Skye, and thanked her daughter’s fiance, Michael Jackson, for sharing the “most incredible experience” with her.

“I cannot describe how proud I am of @darbyward she was unbelievable and already is the best Mummy ever,” she wrote.

“Not forgetting my partner in crime @michaelcorradojackson thank you for sharing this day with me,” Dawn added, as she said she’d been waiting for permission to share snaps of her new granddaughter.

“I’ve been waiting for days to share her picture with you she’s just perfect I can’t stop looking at her. I’m so excited for the future can’t wait to spoil her rotten,” she concluded the emotional post.

Darby can be seen looking flawless while cradling her newborn daughter in the snaps, with ice cream entrepreneur Michael by her side in the hospital.

The 25-year-old also took to social media to announce the birth of her daughter, and said her new arrival was “7lbs 7oz of perfection”.

“Thank you for all the lovely messages! We are so so overwhelmed with love and adoration for our little Skye,” Darby wrote, alongside a dove emoji.

Darby announced that she and Michael were expecting their first child together back in February, after the couple had to postpone their wedding due to the Covid-19 lockdowns.

They were due to tie the knot in September last year - the same year her mother Dawn and dad Ashley celebrated their silver wedding anniversary - but that was delayed due to the global health crisis.

Last year, Dawn discussed the secrets to her successful marriage, and said her husband was her “rock”.

"Ashley was my first proper boyfriend. He's my best friend and my business partner. He's my rock,” she shared.