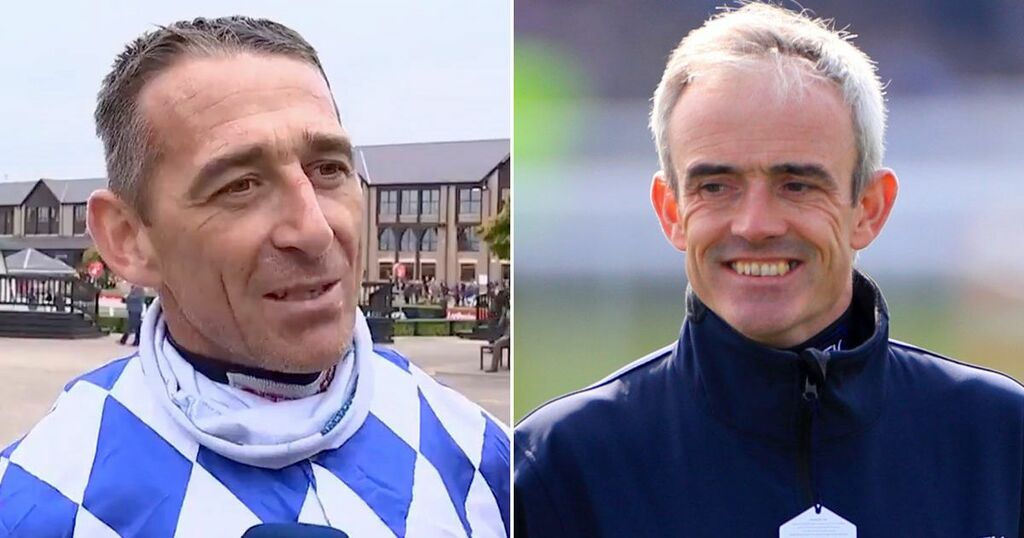 Davy Russell shared a joke with his old rival Ruby Walsh before jetting off to ride in the $150,000 American Grand National.

Walsh was interviewing Russell ahead of his trip to Far Hills, where he teams up with the Gordon Elliott-trained Chosen Mate on Saturday.

Their bid comes three years after the trainer won the race with Jury Duty – and this year's contender brings Cheltenham Festival-winning form to it from the 2020 Grand Annual.

Russell, 42, who flies out from Dublin Airport a day after winning aboard a potential candidate for Aintree's Grand National, Galvin, spoke to Walsh about his weekend hopes.

"I'm really looking forward to it," Russell told him on Racing TV.

"I have ridden there in the past but I think he (Chosen Mate) would be the best horse suited to the American style of racing. It's no gimme now the filly The Mean Queen is taking us on, but there are only four runners in it so fingers crossed we'll be competitive."

Walsh asked Russell, who also rides with the Elliott-trained Realist and Joseph O'Brien's former charge Druid's Altar on the card, if he would be back for Cork's meeting on Sunday.

"A couple of years now I'd be kicking myself to get back to try and get one up on you!

"But I don't think there's that huge rush on me to get back, so I think we might take in the sights in New York."

Russell won two of Irish jockeys' championships in 2011-12 and 2012-13, which were followed by Walsh's titles for the next four seasons.

The Far Hills track is 40 miles west of Manhattan and their annual Grand National festival attracts crowds of up to 75,000 people annually.

Russell heads there just weeks after he made his return from career-threatening injuries, that saw him miss almost a year of action.

Last October he suffered fractured and dislocated vertebrae in a fall and faced a gruelling recovery, having bolts drilled into his head and weights on it to realign his spine.

He told the I rish Mirror how people assumed he would hang up his boots – and this was hinted at while doing a punditry role at Leopardstown.

“I was a bit annoyed over that,” he said.

“They put on a montage of all my winners, as if to say I was about to announce my retirement.

“I was watching it thinking, ‘That’s great, that’s very nice of them’ and then there was a bit of a pause as if to say, ‘Retire now’.

“They all thought I was mad, but it doesn’t bother me what other people think.

“I just wanted to get back. I’m only going by the surgeon. So there was nothing to stop me going back, only myself.”

Galvin is 20-1 with bookmakers Paddy Power for Aintree's Grand National, which Russell famously won with Tiger Roll in 2018 and 2019.