Perhaps the nearest a British courtroom has come to the famous last act of the film A Few Good Men – “I want the truth!” “You can’t handle the truth!” – was late one February afternoon at the 2012 Leveson inquiry into press standards. In the role of Tom Cruise – the cocky, over-paid, over-sexed and over-educated lawyer – was “barrister to the stars” David Sherborne. Taking the part of Jack Nicholson’s grizzled colonel, was the explosively irate Daily Mail editor Paul Dacre.

Sherborne, then 43, boyish, tanned and sporting a metropolitan bouffant of hair, clearly represented everything Dacre despised. The lawyer called on the editor to talk about two Mail stories involving the private life of his client, Hugh Grant – and to insinuate the question most guaranteed to put Dacre close to a coronary: the idea, always vehemently denied, that his journalists had been involved in phone hacking. As Sherborne pressed his point, with as much stubborn insubordination as he could muster, Dacre became increasingly apoplectic, fists clenched, teeth grinding, apparently doing everything he could to contain one of the expletive-laden rants his colleagues liked to call “the vagina monologues”: “I’m not going to speculate!” the editor hissed. “I’m not going to been drawn by your innuendo, Mr Sherborne! I’ve made clear my position and I’m not going to deviate from that!”

Neither man forgot that encounter. In the months after Lord Leveson’s report was published, Dacre’s Daily Mail led one of its trademark investigations into the private life of Sherborne. The “Loverson inquiry” reported that the “twice divorced” lawyer was in a relationship with the junior counsel acting for Leveson – Carine Patry Hoskins (“the thinking man’s Pippa Middleton”) – who had left her husband, a QC.

The pair denied their relationship had begun during the inquiry, which may have raised questions of conflict of interest, despite a holiday in Santorini together. Dacre’s Mail editorial was unconvinced. “Frankly, this affair shows how incestuous, self-righteous and hypocritical the legal profession can be… [the] draconian judge-led privacy laws, superinjunctions, defamation rules that make Britain the libel capital of the world, and the explosion of the no-win, no-fee compensation culture can all be laid at their door.”

By the time of Leveson, Sherborne had already become a lavishly rewarded bête noire of the tabloid press, helping, as a junior, to win the landmark 2003 privacy case for Michael Douglas and Catherine Zeta-Jones against Hello! and acting in Max Mosley’s successful 2008 suit against the News of the World. The publicity around the “Loverson” affair – paparazzi on the lawyer’s doorstep – seemed to convince celebrity and Hollywood clients that he was one of their own.

Sherborne’s client list has included Elton John, Harry Styles, Kate Moss and Sienna Miller. During his unsuccessful libel case against the Sun in 2020, more austere colleagues apparently took a dim view of Sherborne’s client, Johnny Depp, greeting him with a man hug on the court steps.

Still, when Coleen Rooney was forced to defend herself in court in Rebekah Vardy’s horribly ill-advised “Wagatha Christie” libel action, there was only one man she was likely to call. Watching Sherborne’s three-day cross-examination of Vardy in Court 13 of London’s High Court, has been to witness the best and worst of his style, which fellow barristers describe as a mixture of “undoubted charm”, “showboating” and “frequently pissing off the judge”.

If you listened to him with your eyes closed, which became more tempting as the proceedings ground on, he often sounded dangerously close to parodying Peep Show’s David Mitchell, in one of his more unhinged tirades. Still, you can see why actors such as Grant and Depp admire his talents. He can deliver a killer line. Though ostensibly making the case for privacy, Sherborne rarely appeared troubled by providing easy tabloid headlines.

He kicked off his dismantling of Vardy’s belief that only getting across “her truth” mattered, by asking, of an interview she gave, “Did you [therefore] feel particularly strongly that the size of [Peter Andre’s] manhood should be made public?” At one point on Thursday, he paused for a while in an examination of the semantics of Vardy’s Whatsapp messages to give due weight to her documented reaction when she discovered that Rooney had blocked her on Instagram. “Wow,” he quoted her saying, in his most clipped tones. “What a cunt”.

Sherborne, the son of a criminal QC, educated privately in Hampstead (at the same school as scholarship-boy Dacre), and at Oxford, can play the fusty Rumpole card: “What does FFS stand for?” he enquired of Vardy at one point, aping surprise at the ways of the modern world when she spelt it out.

A couple of times, as when Vardy was reduced to tears as she contemplated the self-destructive folly of bringing this case to court, you wondered who, exactly, the more theatrical elements of Sherborne’s performance were for. There is no jury to flatter and amuse. The judge, Mrs Justice Steyn, showed about as much inclination to smile at his punchlines as the Queen faced with Jimmy Carr at the end of an overlong Royal Variety Show. The only straighter face in court belonged to Wayne Rooney, who has so far achieved the admirable feat of staring into middle distance throughout, while deciding whether to button or unbutton his too-tight jacket. 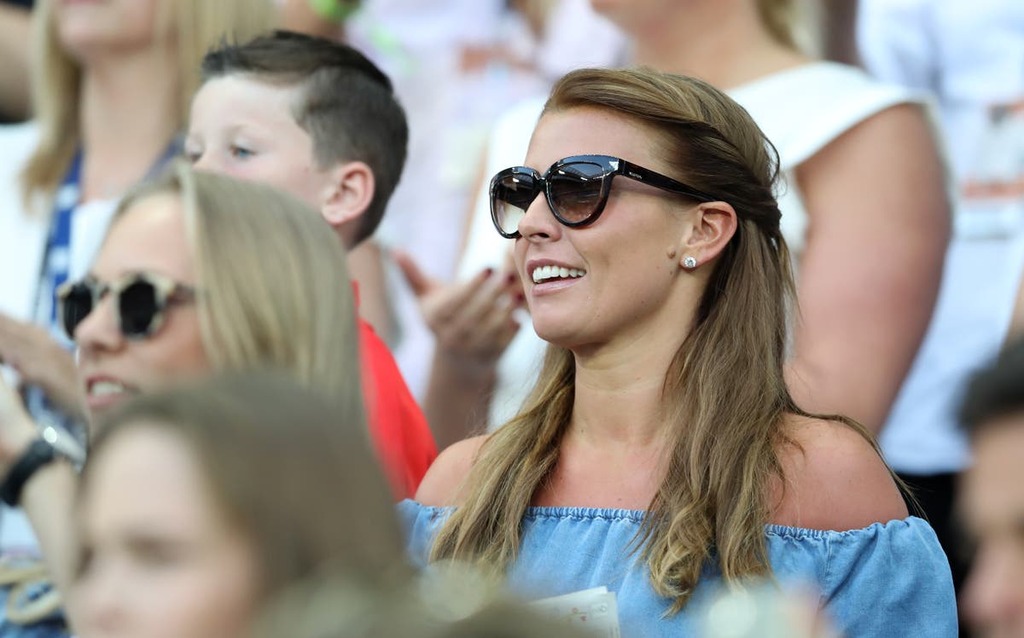