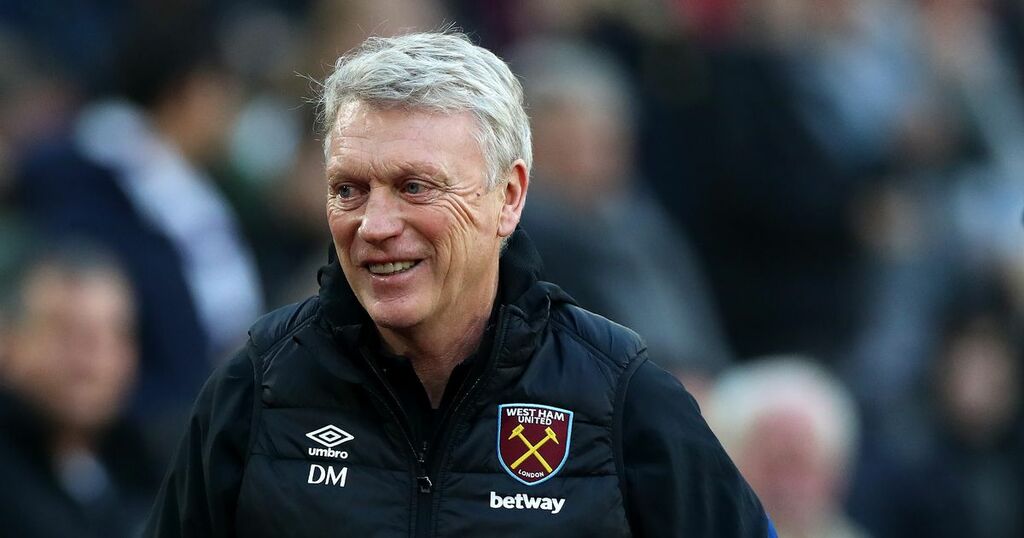 Andy Robertson, Kieran Tierney and John McGinn were first off the production line.

Nathan Patterson was next to leave Scottish football’s factory floor while Calvin Ramsay is likely to join him.

And David Moyes is convinced English clubs are now ready to snap up even more of our young talent.

The West Ham boss is flying the flag for his country in the Premier League as a manager. And he’s delighted that Scotland is now
churning out players who are good enough to cut it south of the border.

Moyes grew up watching what he says was a “minted” golden generation of superstars as Kenny Dalglish, Graeme Souness and Co took England’s top flight by storm 40 years ago.

In comparison, the current crop might only be gold plated for now.

But after the success of Robertson at Liverpool, Tierney at Arsenal and McGinn at Aston Villa – as well as the national team’s resurgence under gaffer Steve Clarke – Moyes believes Scotland is producing players at the highest level again.

And although he’d love to see the best ones stay in our own Premiership, selling assets such as Patterson and Ramsay will be a welcome cash injection for clubs.

The young Rangers full-back joined Everton last week, while the Aberdeen kid is attracting interest from all over Europe.

And Moyes said: “Scottish players in England are beginning to show what they’re capable of again.

“They’re having an influence and an impact at the clubs. So now we need to find out if we can get another bundle of those types down.

“Scotland will become a better hunting ground for clubs down here because of the Brexit situation. More English clubs will come looking.

“Whether that’s a good thing or a bad thing for us Scots – because we might lose our best players to England – it would certainly boost the finances of our clubs.

“And as well as that, as Scotsmen, we’re always proud of seeing our players and managers doing well down in England.

“There are always periods as a country when you produce really good players. People talk about a golden generation. Well in Scotland, we must have had a double-minted gold generation when we had Souness, Dalglish and the rest.

“That golden generation was as good as you’re ever going to get. Obviously, we’ve not been quite as good since, despite a couple of
different eras when we’ve had really good teams.

“But Steve has done a brilliant job with the Scotland team, the way he’s got them playing and getting results.

“He has found a way of fitting in difficult combinations and done a great job in getting the country to believe again.

“But he’s picking from some really talented players in the Premier League, as well as some boys in Scotland who are now making a name for themselves.”

Clarke’s side have already played at a Euro finals and are now gearing up for a World Cup play-off tie against Ukraine in March. If Scotland are going to progress to Qatar 2022, they’ll need to tame one of the best Ukrainian players of his generation in Andriy Yarmolenko.

The 32-year-old, who has 106 caps, is one of boss Oleksandr Petrakov’s big-name stars and Moyes knows him better than most as part of his high-flying Hammers squad.

With Yarmolenko in the side, he has warned Scotland that it won’t be an easy passage into the play-off final against either Wales or Austria.

But with the game at Hampden, Moyes expects Clarke’s boys to go through – and he’s willing to lend them a helping hand.

Moyes said: “I’ve told Andriy he’s got no chance! He’ll be doing a couple of cross-country runs in the week before that game, don’t worry about that!

“Seriously, he’s one of their main men. He’s a talented player with a bit of everything and is now close to beating Andriy Shevchenko’s goal record for Ukraine.

“They’re a young, modern team, more so than in the past. Roman Yarmechuk is a good centre-forward at Benfica.

“They have boys at Shakhtar Donetsk and Dynamo Kiev who are also good. These guys play at a good level in the Champions League so it won’t be comfortable for Scotland – but I’ll do my best on Yarmolenko, that’s all I’ll say.

“We’ve got home advantage in the first game and Hampden, on its night, can be a hard place for our opponents.

“Let’s hope it’s one of those nights.”

He’s proved himself all over again at the London Stadium, guiding West Ham into Europe and to the verge of the Premier League’s top four.

But recently he revealed that he’d love to manage his country one day.

And in the past, he has been linked with the job at boyhood club Celtic.

Moyes admits there had been genuine possibilities for him at Parkhead before – and has refused to rule it out in the future.

He said: “There’s been a couple of realistic opportunities with Celtic at different times over the years.

“But for different reasons, I chose not to or thought it wasn’t the right time. Overall, I’ve enjoyed my time in the English Premier League. It’s where I’ve worked for most of my career.

“But I will always look for opportunities, like the brilliant one I had with Real Sociedad.

“West Ham are a good club for me at the moment.

“Hopefully they see me as a good fit for them too as well.”