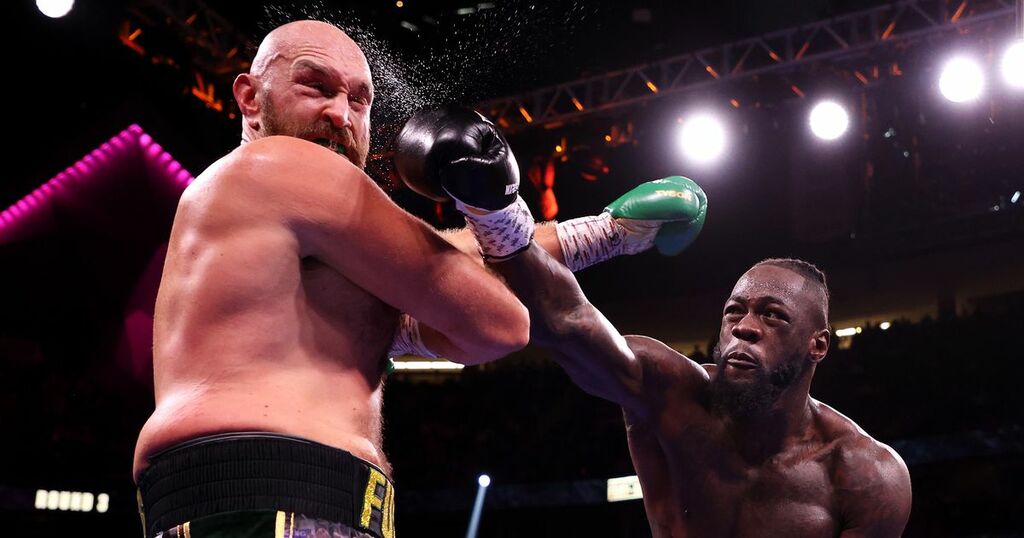 David Haye is adamant that Anthony Joshua has little chance of defeating Tyson Fury, after watching the Manchester fighter dispatch Deontay Wilder in their trilogy bout.

Fury won a thrilling contest via a stunning 11th-round knockout in Las Vegas on Saturday night to finally close the chapter on their storied rivalry .

However, there appears to be little hope of an all-British heavyweight showdown between Fury and Joshua after their proposed bout over the summer collapsed, coupled with AJ losing his titles to Oleksandr Usyk last month.

‘I think off the strength of that performance, it would be very tough for AJ,’ Haye told BT Sport.

‘Having watched AJ’s last performance against Usyk, the shots that Fury took down the pipe from Wilder, he was able to get back up and rough him up.

‘The fact that AJ stood at range with Usyk having a boxing match… is AJ going to beat Fury in a boxing match? I don’t believe so.’

Joshua’s next bout will be a rematch against Usyk, with Matchroom supremo Eddie Hearn confirming this weekend that their bout is likely to take place early next year.

Meanwhile Fury could face Dillian Whyte for the WBC title should he overcome Otto Wallian on October 30.