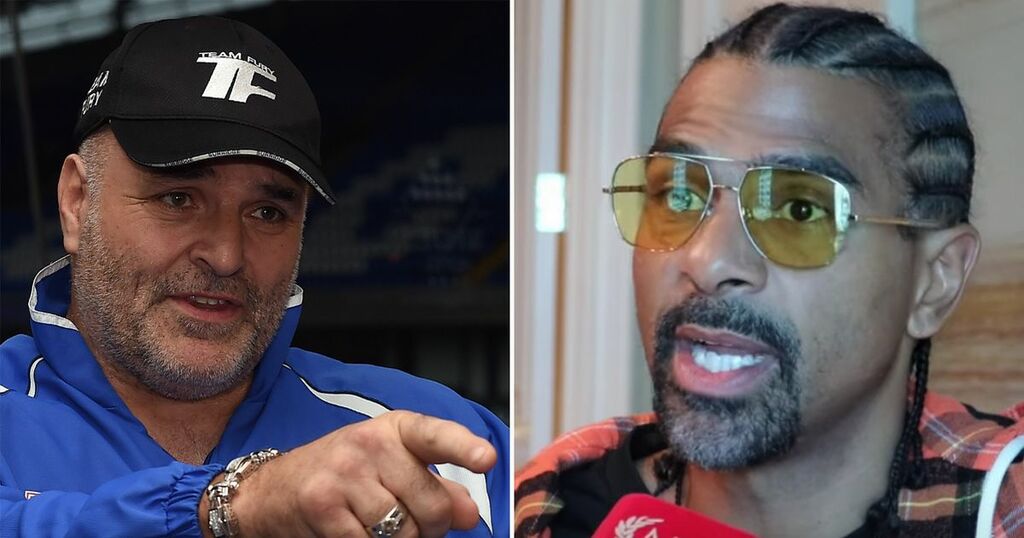 Tyson Fury 's father has slammed David Haye for overlooking his son before his knockout win against Deontay Wilder this weekend.

Fury put an end to his rivalry with Wilder when he knocked out the American in their third and surely final fight.

Haye - who called out Fury after his exhibition bout last month - backed Wilder to win the trilogy and doubted the Brit's ability to go 12 rounds against the power puncher.

But Fury would have the last laugh over his domestic rival Haye, who pulled out of fights against 'The Gypsy King' in 2013 and 2014 due to injuries.

Fury's father refused to discuss Haye's pre-fight prediction and labelled him an "idiot" for his punditry skills.

He told talkSPORT : "I’m not even gonna discuss that, that man’s an idiot. I don’t know why BT send him out there, he’s just a hater.

“He’s a hater, he’s got nothing good to say, he’s not a good pundit, he gets everything wrong and it’s all about David Haye.

“I’m not knocking his achievements, he did a brilliant job as world champion, but he needs to grow up and get a personality. I’ve got no respect for that man at all, none.”

Fury's father even called out Haye for a fight, stating five weeks of training is all he needs "to get at it" with the former cruiserweight king.

The Brit - who turns 41 this week - insisted he would only return to the ring against Fury and not for fights against other top heavyweights such as Wilder and Anthony Joshua.

Would Haye stand a chance in a fight against Fury? Let us know your thoughts in the comments section below

He told iFL TV : "It's 100 per cent serious. I said the only person I'd put my body through a comeback for would be for the number one heavyweight on the planet.

"There's no reason why I'd punish myself and do what I need to do to put myself into a position to give myself any type of chance if it isn't for the big one. And it doesn't get any bigger than that, I'd be like a 1000/1 underdog for good reason.

"Hopefully when Team Fury sort of crunch the numbers... something's gonna happen in the next two months where they're gonna be looking for an opponent.

"I know how big-time boxing works, when he works out what money is generated with a Hayemaker fight versus any of the other options, although they may on paper be more respectable, he knows it's out there."